- September 12, 2014
On my last trip to Europe I found myself in Istanbul with a need to get to London, I had two options to consider: Turkish Airlines or British Airways. I ended up selecting British Airways because I got a terrific price and it was on one of my favourite planes, the Boeing 767-300. BA operate three times a day between Istanbul and Heathrow, two of the flights are on boring Airbus A320's and then there is this flight, on the class B767. This is a short pictorial review of flight BA677.

I had pre-organised a private transfer (20 Euros, quite reasonable) from my hotel in Old Town to the airport. It took about 40 minutes or so to get there.

The check-in area was quite empty when I arrived. Being a oneworld emerald cardholder I used the priority lane and got priority baggage tags. My boarding pass was printed for my pre-selected emergency exit row window seat, another perk for being a oneworld emerald. IF you don't have status you need to pay for advance seat selection on BA. 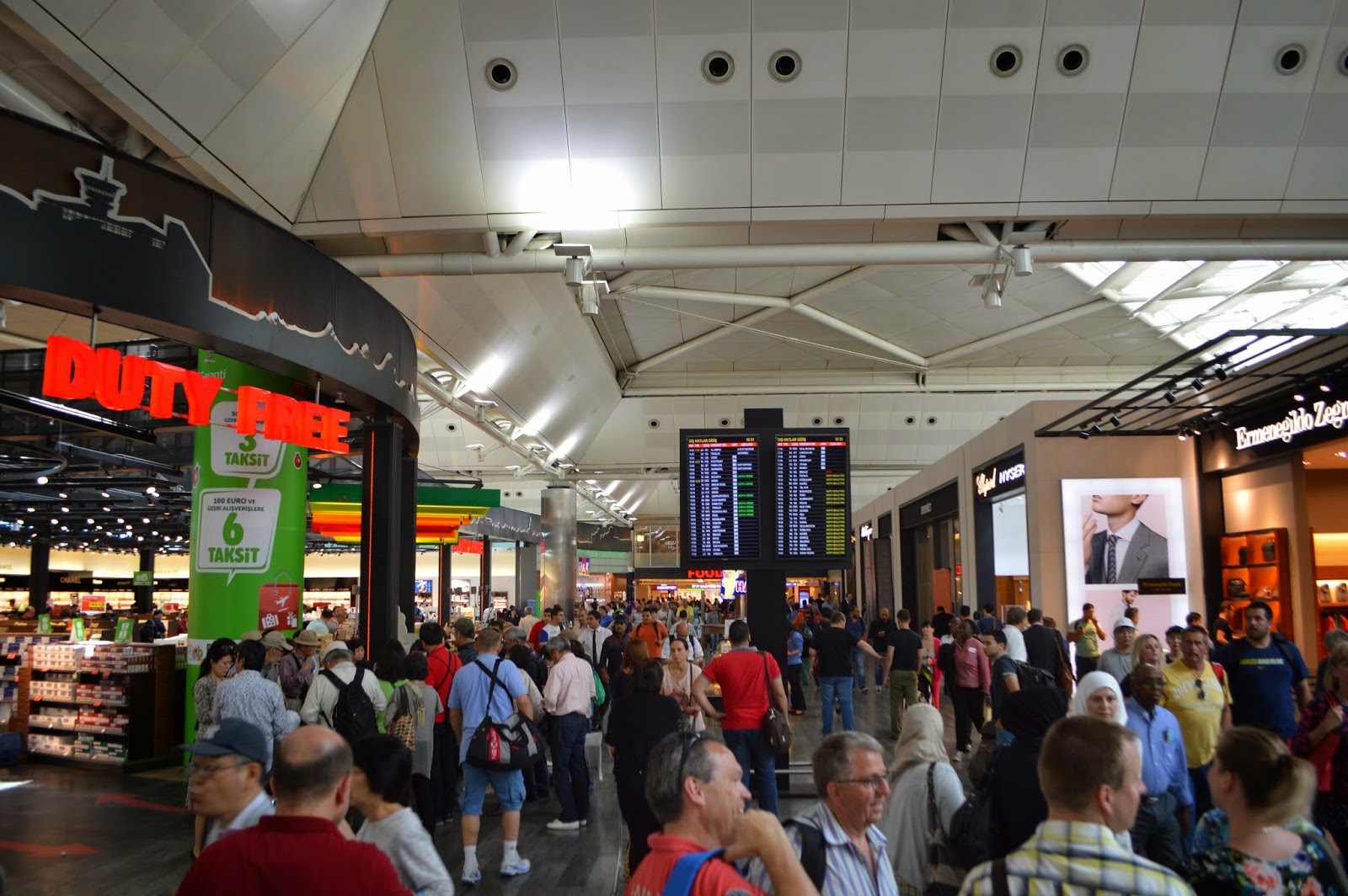 As you can see in the above photo the woefully inadequate terminal building was a zoo. Completely overcrowded and just far too small for the number of passengers passing through. Thankfully I could escape that and head to the lounge: 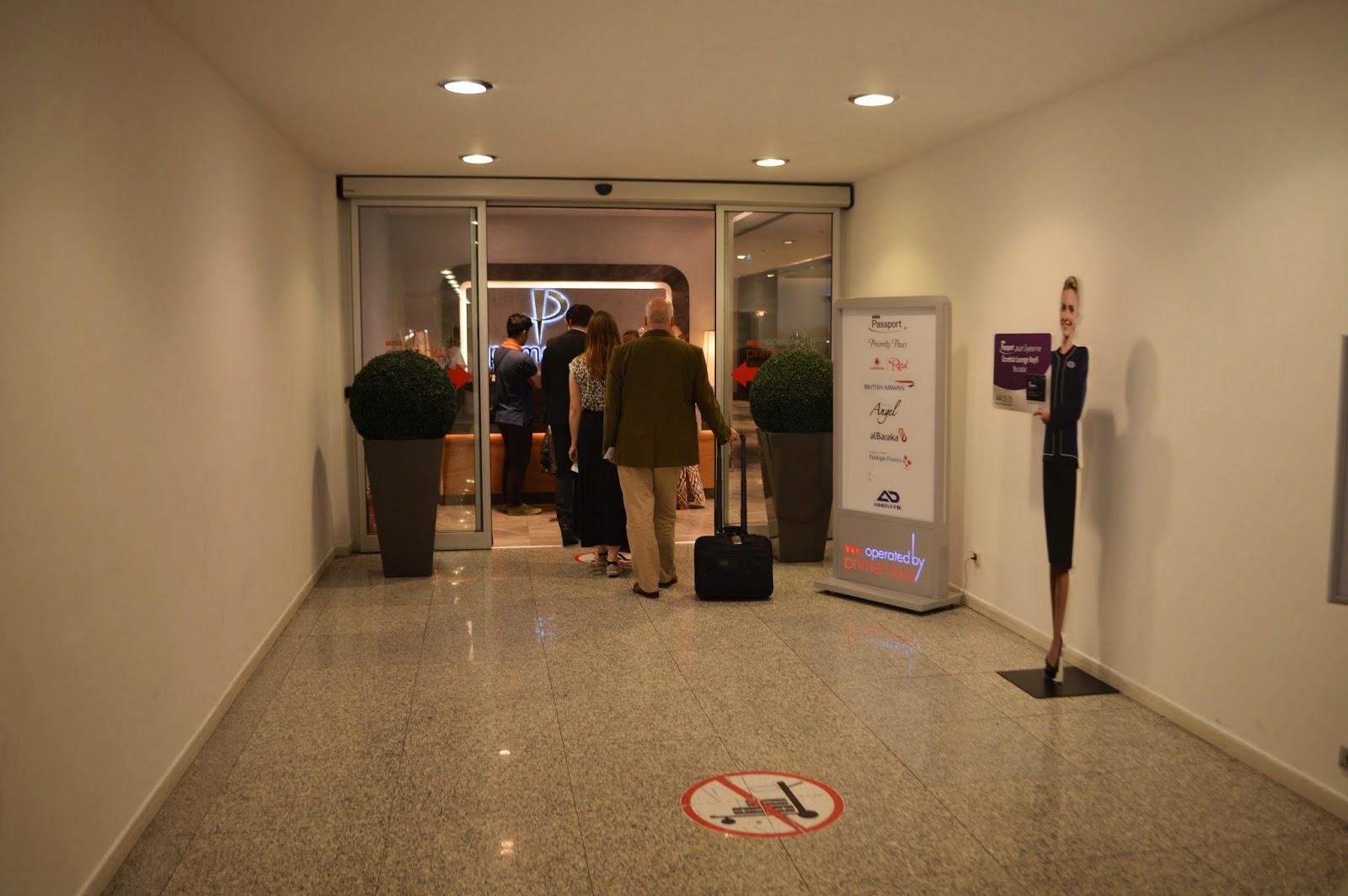 Unfortunately for me the lounge was not much better. Barely any seats left and the food options were awful. I sat there for a while with a glass of Fanta before I decided to head to the gate: 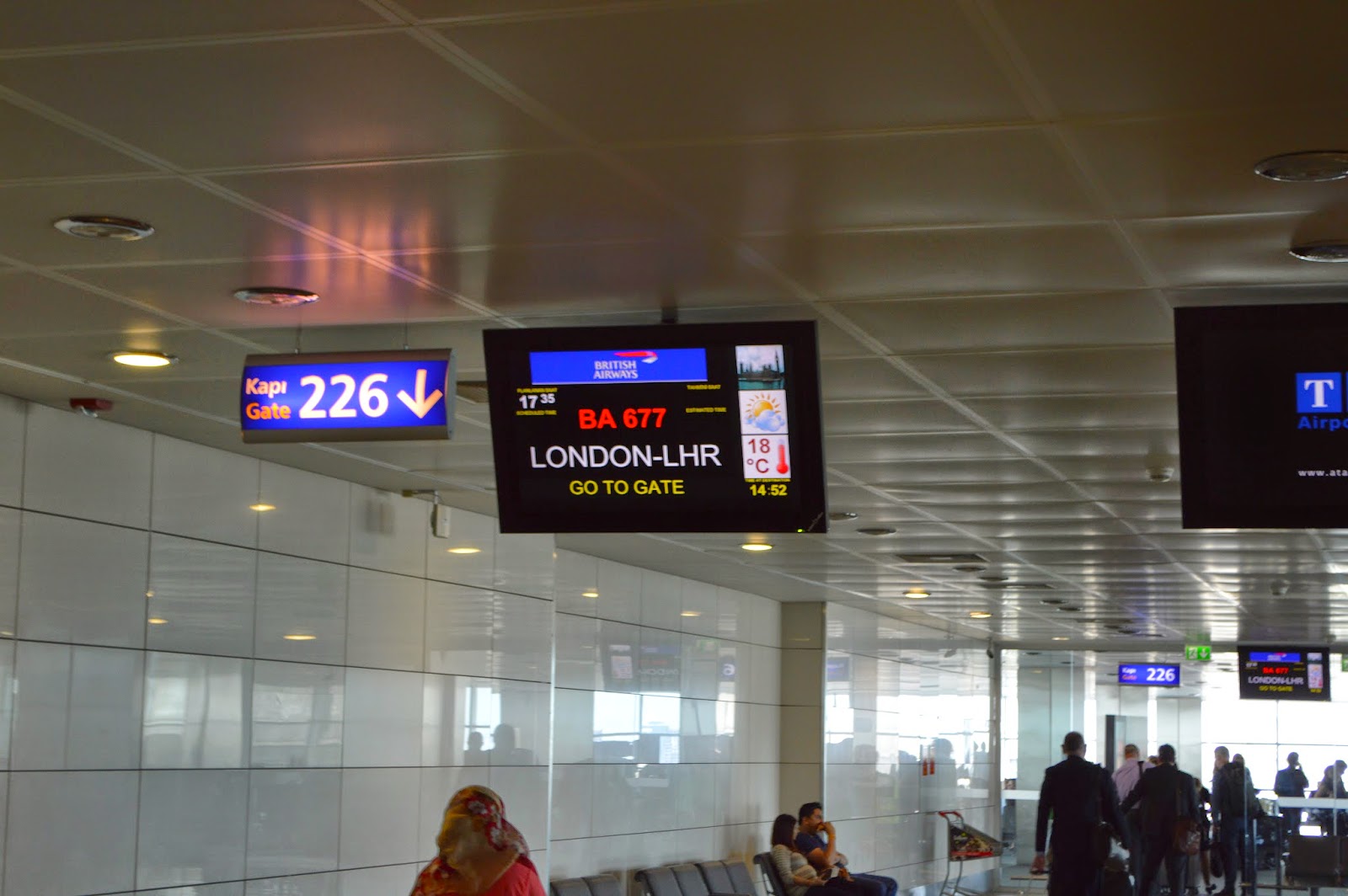 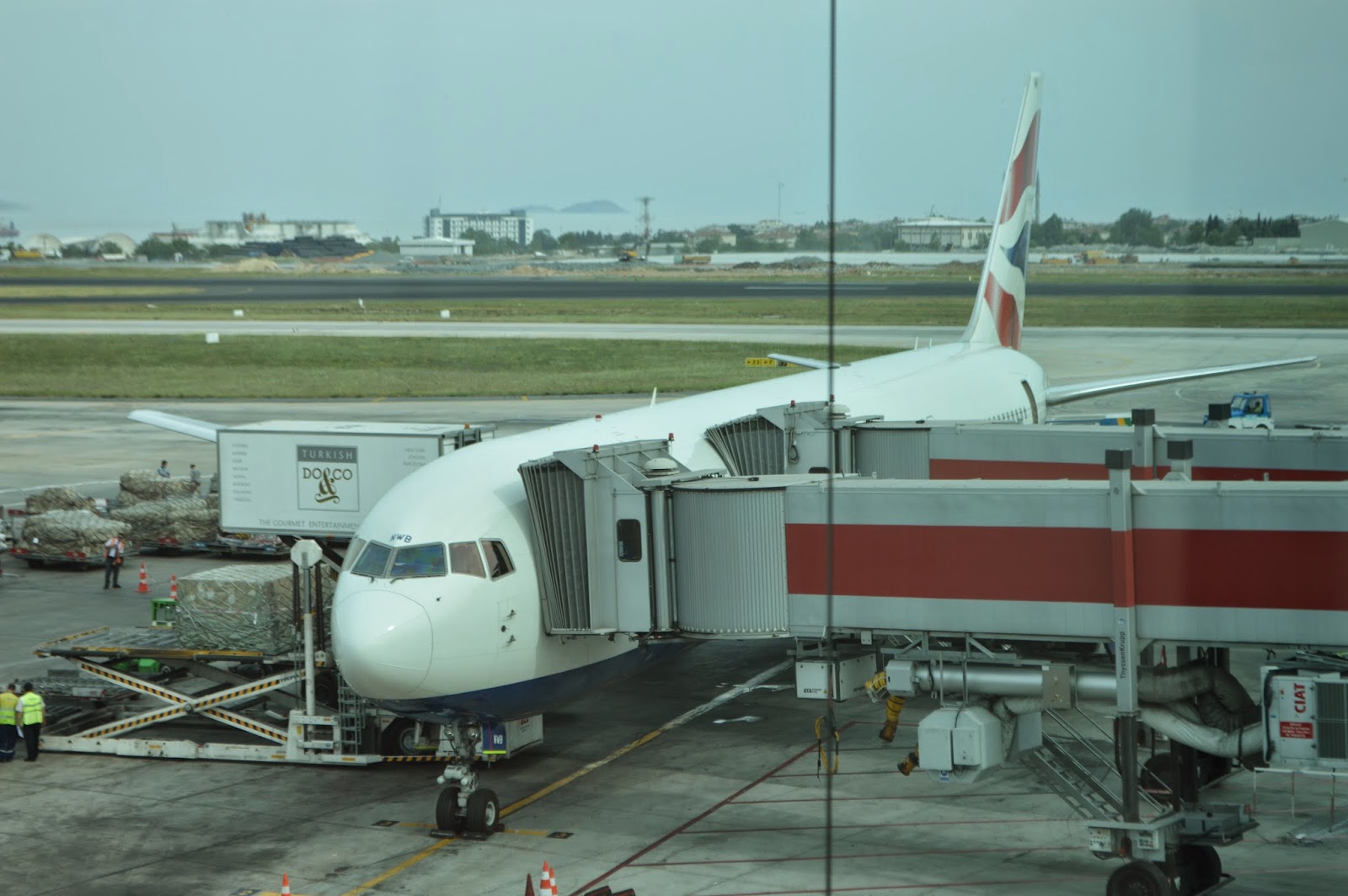 After being randomly selected for a secondary security examination and pat down I was cleared and allowed into the gate area. There I saw G-BNWB, a 1989 build Boeing 767. This bird has been flying longer than I have (my first flight was in 1990). At 25 years old she is nearing the end of her useful life with BA.

Boarding was eventually announced so I headed to the gate and joined the queue. Unfortunately it seems the crew weren't actually ready to take passengers so we all had to stand around waiting for about another 15 minutes before we were eventually let on. This would have been ok normally but unfortunately the air conditioning wasn't working very well and I was sweating!

Once on board I made my way to seat 27K on this European configured aircraft (meaning Club Europe seats up the front, essentially identical to economy really). The aircraft can carry up to 244 passengers and today it was almost full. I did notice that the aircraft had been refurbished with comfortable leather seats throughout AND new overhead bins, making it look quite modern really. She was definitely looking good for a 25 year old aircraft.

After a short delay the safety demo was played and  we pushed back and headed off to the runway for a nice smooth takeoff. The cabin crew were an interesting mix of both young and more senior women. There was a little bit of weather to get through during the climb which meant the seatbelt sign stayed on for a little longer than usual. Eventually we were released and I headed to the lavatory for a visit:


As you can see in the photo above there is no personal AVOD system, instead a series of overhead LCD screens are available. For myself I just watched shows I had downloaded to my Galaxy S5, since I recently smashed my tablet screen and haven't got around to replacing it.

The in-flight service commenced pretty soon with a drinks service (full complimentary bar service is available in Euro Traveler), with the drink came a packed of pretzels and nuts. I ordered a can of Tiger beer. 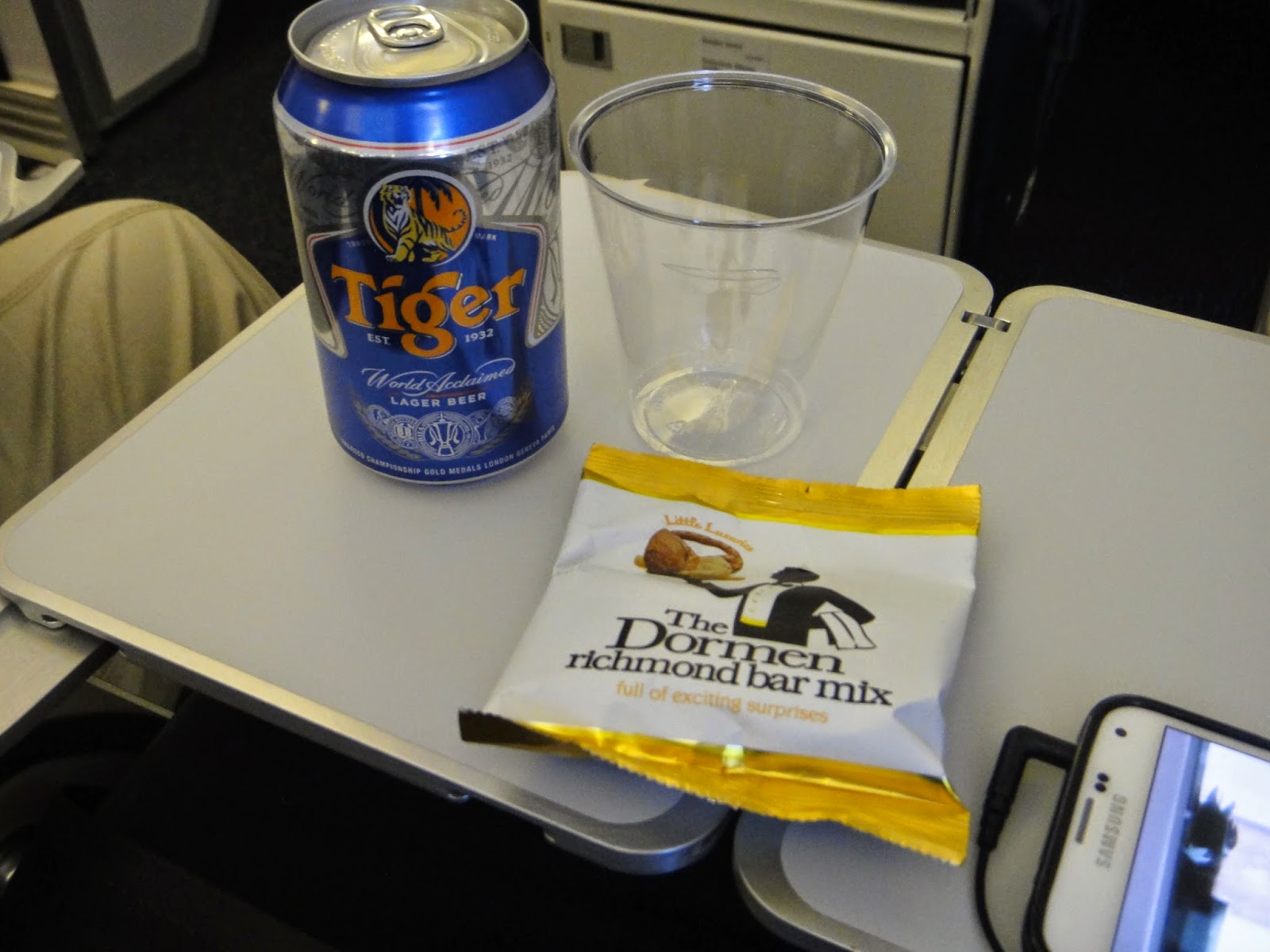 After enjoying my beer the food carts appeared in the aisle with dinner. I didn't expect too much but I was pleasantly surprised when I received my meal. There was a choice of 2, I've actually fogotten what they were but here's the picture:


The meal was perfectly adequate, it included a mixed salad, bread roll, main course and piece of cake for dessert. There was another round of drinks to accompany the meal and I had another beer. I was quite satisfied with it and almost impressed. I suppose that's because I had very low expectations to begin with.

With the meal over there was nothing left to do but sit back and enjoy the ride across Europe. It was nice and smooth and I got through several episodes of a comedy TV show I'd been enjoying recently. Soon enough we were on descent into Heathrow, even though it was 7pm it was still light outside as it was summer time. 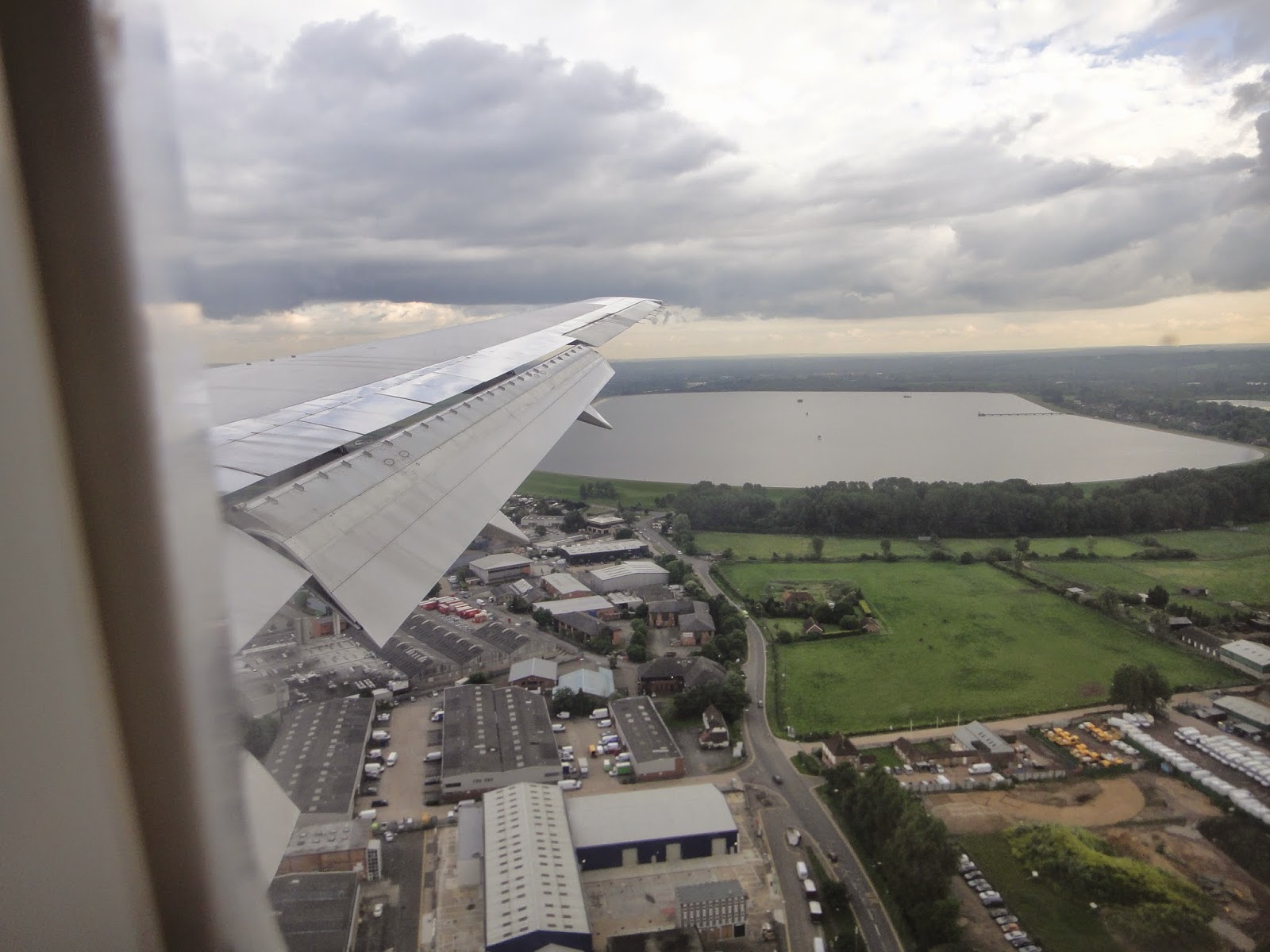 We parked at one of the satellite terminals and disembarked. A short train ride to the main terminal is required to get the bags which came out quite quickly.

Overall a great experience on British Airways economy. These B767's may be a quarter of a century old but they are still a very comfortable way to travel, I'll take one over an A320 any day!