Showing posts from November, 2015
Show all

FLIGHT SQ238 AIRLINE Singapore Airlines ROUTE Melbourne to Singapore GATE DEPARTURE 11.30 (Scheduled) / 11.39 (Actual) GATE ARRIVAL 16.10 (Scheduled) / 16.10 (Actual) FLYING TIME 7 hrs 11 minutes airborne AIRCRAFT Boeing 777-300 9V-SYI (Age 11 years) It's been quite a while since I flew with Singapore Airlines so it was quite exciting to be flying with them again, especially in First Class. I took this flight as part of a series of flights to get to London from Melbourne on a trip I took recently. This first sector is the late morning service out of Melbourne, SQ238, operated by the older Boeing 777-300's. It is one of 4 daily flights that Singapore Airlines operate to Melbourne and the aircraft today was 9V-SYI, an 11 year old bird and one of 7 of it's type in the SQ fleet. These aircraft have 8 first class seats which are almost the same as those installed on the B777
Post a Comment
READ MORE... 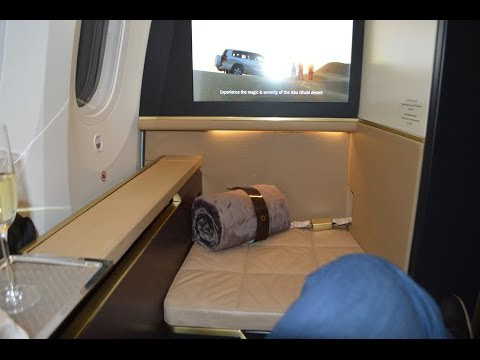 I hope most of my blog readers also subscribe to my YouTube channel, but if you don't or maybe you haven't logged onto YouTube lately I thought I would mention I have uploaded a video of the B787-9 First Class experience with Etihad, check it out here: You can visit my channel at  https://www.youtube.com/c/aussieflyer
Post a Comment
READ MORE...
More posts