Showing posts from September, 2009
Show all

Bangkok to Krabi and back again! 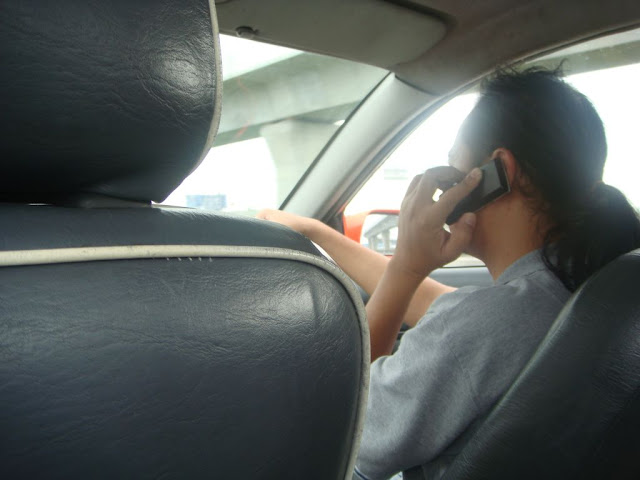 After recently returning to Bangkok from Melbourne I had planned a short trip to the beaches in southern Thailand. I chose Krabi after having a good experience the last time I visited in 2007. Managed to get some cheap seats on Air Asia - 2200THB return from Bangkok, not bad!! The flights were both to be on ageing Boeing 737-300's, I prefer the nice new A320's but an old 737 still gets the job done!! OUTBOUND: BANGKOK-KRABI --  ThaiAirAsia FD3165 Operated by : Boeing 737-300 HS-AAS (first flight 31/8/85 -- ex- Continental and Air Asia Malaysia) Departure: DELAYED 1 HOUR I was travelling with 2 of my Thai friends today, one of whom had never flown before, I was looking forward to seeing her reaction! We caught a taxi to the airport from home in the eastern parts of Bangkok, only about a 20 to 25 minute trip, and no tolls from here. Cost is less than 200 baht! The taxi driver was driving casually, was not aggressive on the road and got us there safely, A++, deserves a ti
2 comments
READ MORE...

- September 25, 2009
Well, as it turns out - HS-AAI, the aircraft I was scheduled to travel on to Krabi had a problem somewhere, and instead I travlled on HS-AAS, another B737-300. Flight was delayed 1 hour and we left in stormy conditions with rain and lightning. The flight however was relatively smooth and we arrived in Krabi about 55 minutes late. The Hotel, Aree Tara is fantastic at the price. I don't have much easy access to internet here as I did not bring the laptop down from Bangkok, so further picture reports will come in a couple of days!
Post a Comment
READ MORE...

- September 23, 2009
Heading off to Krabi for 3 nights this afternoon. I have just checked and found out my flight this afternoon is being operated with a 23 year old Thai Air Asia Boeing 737-300 HS-AAI. This particular 737 is painted in the 'Amazing Thailand' colour scheme. I have done some research and found out that it had it's first flight all the way back in June 1986 when I was just 4 years old.  It was delivered new to Piedmont before operating with USAir until 2003 when it was transferred to Air Asia (Malaysia). It's been at Thai Air Asia since mid 2007. The Boeing 737-300 is currently being phased out by Thai Air Asia and will be replaced by A320's in the near future. HS-AAI in Amazing Thailand colours It's quite interesting to consider the history of an aircraft as your on it, the places it has been in it's lifetime and the different kinds of people it has carried in its lifetime! Time is rapidly running out for HS-AAI as it approaches the end of its useful life
Post a Comment
READ MORE...

Singapore to Bangkok – in video!

After a pleasant hour and a bit in the SATS Lounge terminal 2 sipping vodka and orange juice, it was time to head for Bangkok. SQ978 is the last Singapore Airlines flight of the day to Bangkok, now that they have cancelled the Singapore-Bangkok-Tokyo run (so sad!). Currently, Singapore Airlines operate only 4 services a day, and all Boeing 777-200’s, on the Bangkok run. This is a huge reduction from the previous schedule which included at least 6 flights a day, some of which were 777-300’s, and in the past Boeing 747’s also.  There also used to be First Class, now there is only Business and Economy, so SQ service to Bangkok is just a shadow of its former self. I hope to see increased frequencies return to Bangkok in the future, it should happen as long as the country can remain reasonably stable (with no airport closures!). We departed the gate about 15 minutes late with a load of I would guess of about 75% in economy, just after a storm cell passed over the airport. The weather
2 comments
READ MORE...
More posts