Showing posts from August, 2011
Show all

Singapore Airlines - Most arrogant airline in the sky, just got worse!

As some of you may know, Singapore Airlines has recently undergone refurbishment of its Terminal 2 lounges at it's hub Singapore Changi. As a part of this refurbishment Star Alliance and Krisflyer Gold members now have their own Krisflyer Gold lounge in Terminal 2, much like the one in Terminal 3 which has existed for a couple of years now. Great news, right? Well........ NO! Let me explain.... at Changi, Singapore Airlines passengers flying economy class have not been entitled to use the business class lounges for as long as I have been a regular customer. Instead, in terminal 2 we were directed to the SATS Premier lounge which was used by various airlines and featured PRIVATE toilets and showers! Admittedly these showers are really showing their age these days but at least they were available. When terminal 3 opened, Star Gold passengers had a new Krisflyer Gold lounge to use but it lacks toilet and showers. Instead you have to use the public toilets and if you want a shower,
1 comment
READ MORE... 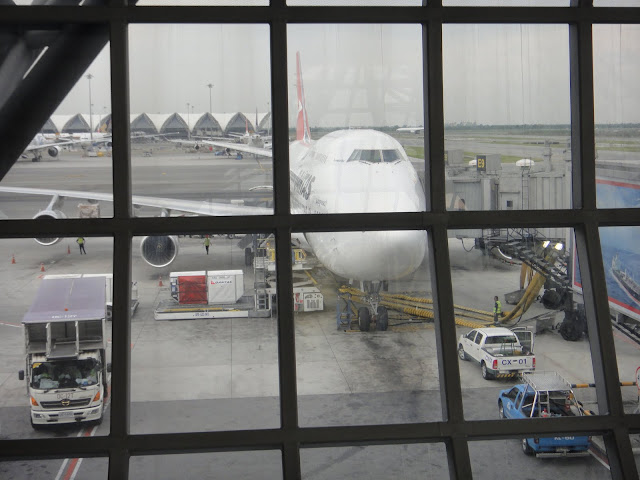