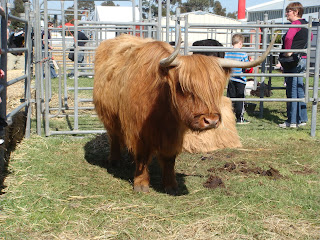 Friday 18 September - It's showtime in Melbourne! Went along to the show for an afternoon after not going for about 4 years or so. It was pretty good actually, and getting in before school holidays officially began turned out to be a good move, as the crowd was relatively light and it was a beautiful day! 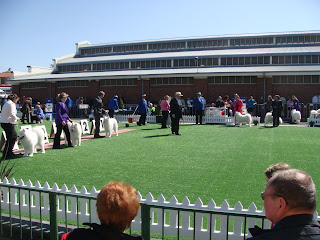 The carnival area features some pretty high tech rides these days! But at $15 a ride, I gave it a miss, especially since I had just been to Movieworld and Dreamworld last month. There is a 'ticket to ride' entry option for those into the rides, I think it was about $50 and gave you entry plus $50 worth of rides coupons, or something like that anyway!! 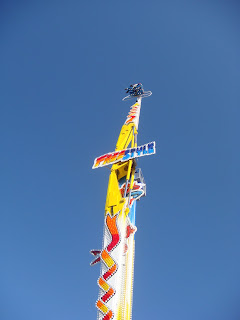 I avoided the showbags pavillion but played some 'skill games' and won myself a huge toy husky. Actually there is very little skill in the water shooting racing game, especially when you get a practice round, just remember to keep your aim when the first race is over, that way you will be already aimed at the target when the next race begins and I can almost guarantee you will win!! 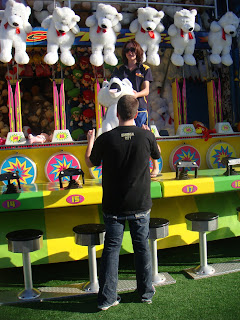