- June 19, 2012
I recently took a flight on Air New Zealand business class. This trip pre-dates my recent Europe adventure but I had not got around to uploading the pictures. So here is a quick review.

After lounging in the Air New Zealand Koru Club it was time to board and take my right hand side window seat. I was immediately offered drinks by the onboard crew and took champagne. We were soon ready for pushback and after a short taxi we were airborne on a beautiful Melbourne morning.

I had been working all night before this flight and had only 90 minutes sleep so I was pretty tired. I decided to watch The Adventures of Tintin on the entertainment system. In business the screen pulls out from the side wall and can be positioned any way you like. Whilst I was doing this the crew were already commencing the lunch service.


A quick visit to the lavatory before lunch revealed a surprising lack of amenities. Nothing but soap here: 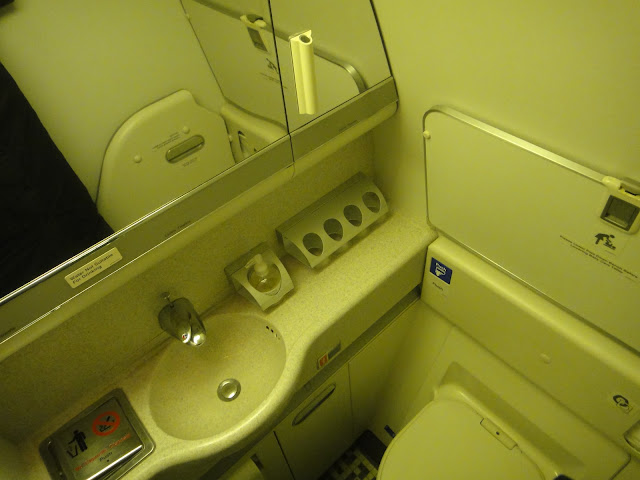 The meal service started with a packet of delicious cassava crisps and a vodka with ginger ale. 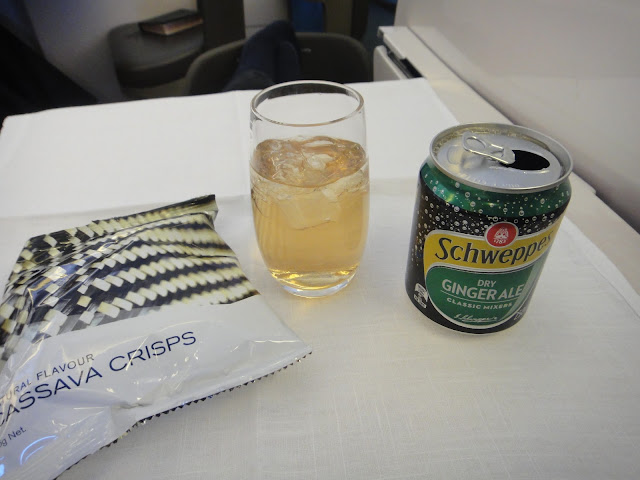 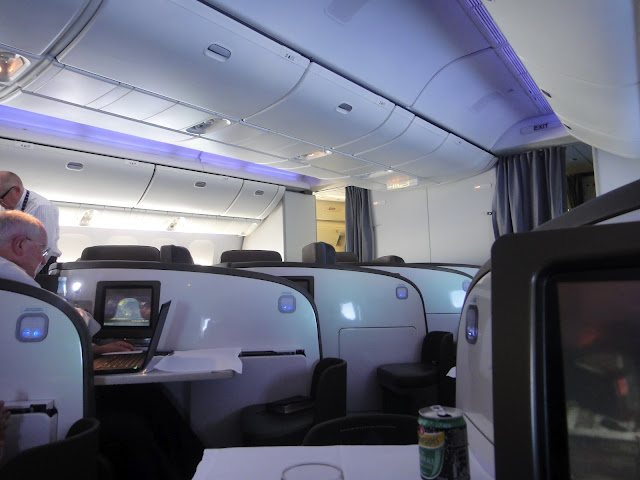 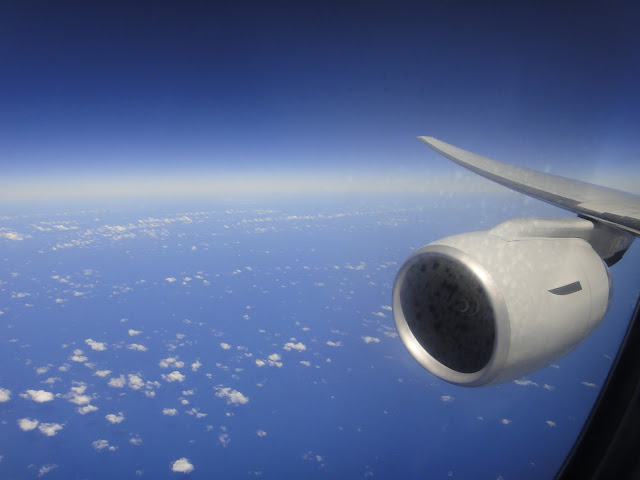 It was then time for the salmon starter. I drank a terrific New Zealand sauvignon blanc accompanied with a bottle of perrier sparkling water. Presentation was very good as I have come to expect with NZ. The bread basket was also on offer and olive oil was offered in addition to the butter which was already on the table. 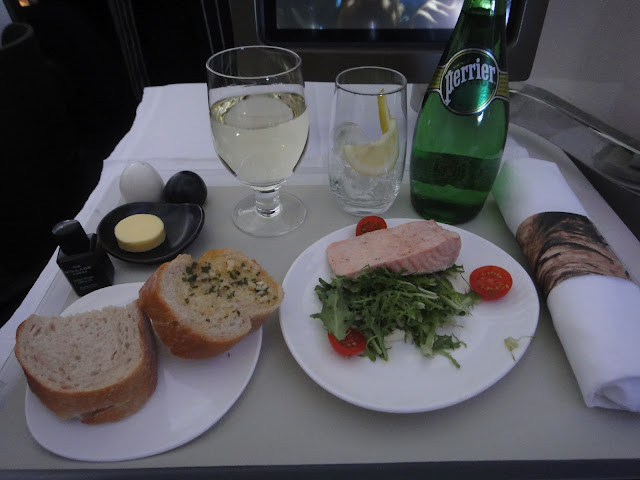 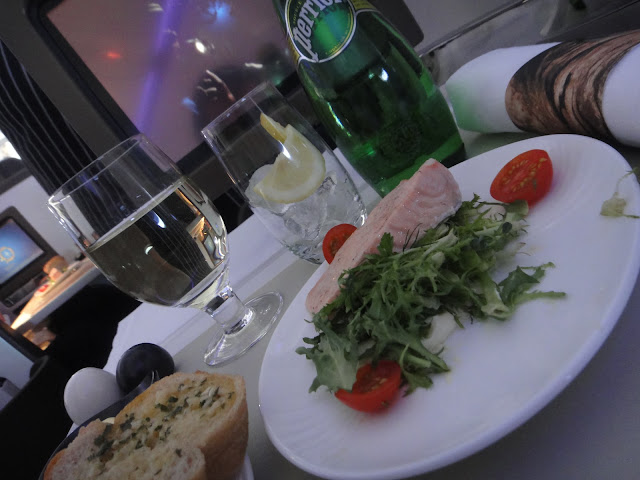 I had the braised New Zealand lamb shank for the main course and it was very tasty! 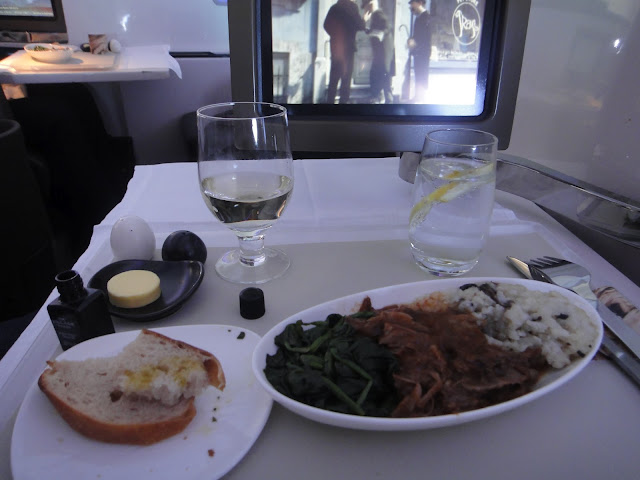 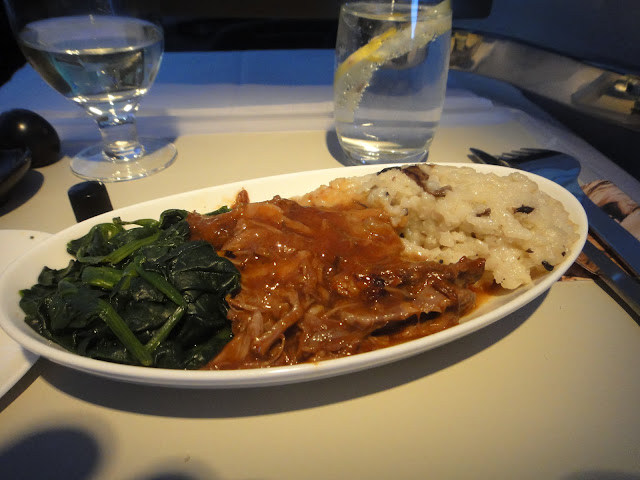 Throughout the meal the crew were circling around the cabin offering passengers top up's on their wines. After the lamb it was time for dessert, which was ice cream. A nice sweet dessert wine was also on offer. I always find wines on Air New Zealand to be excellent. 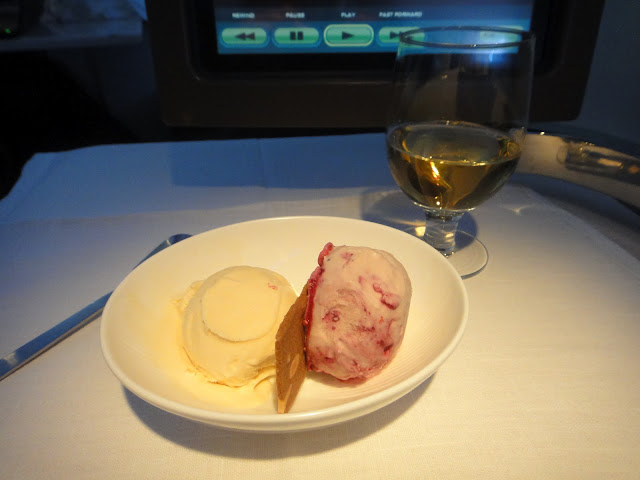 Next up, a fruit and cheese plate: 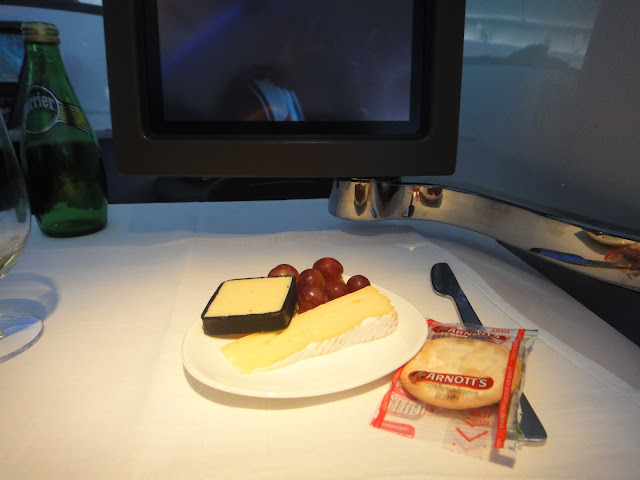 And finally, coffee with chocolate and express arrival cards handed out. 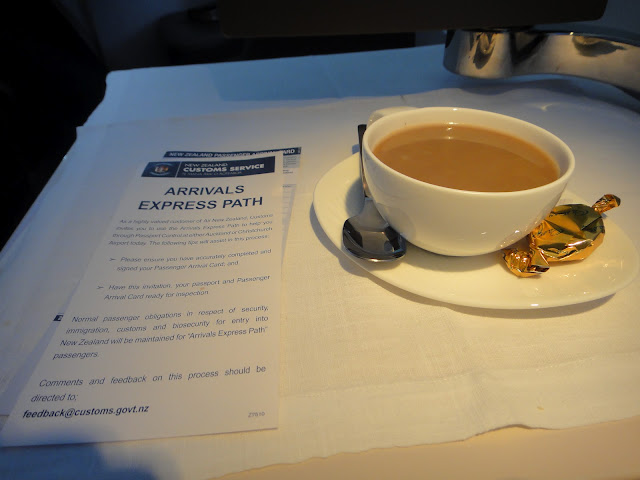 Considering the flight time of approximately 3 hours the meal service is extensive and very filling. But the crew are very efficient so I had time for a much needed 1 hour sleep on the fully flat bed before landing in Auckland. The seat on Air New Zealand flips over backwards to create the bed so you must stand up to convert it. But once it is done, it is extremely comfortable!

I woke up and we were already on descent into Auckland. One of the crew had kindly left me a couple of boiled lollies on my drinks tray while I was sleeping. 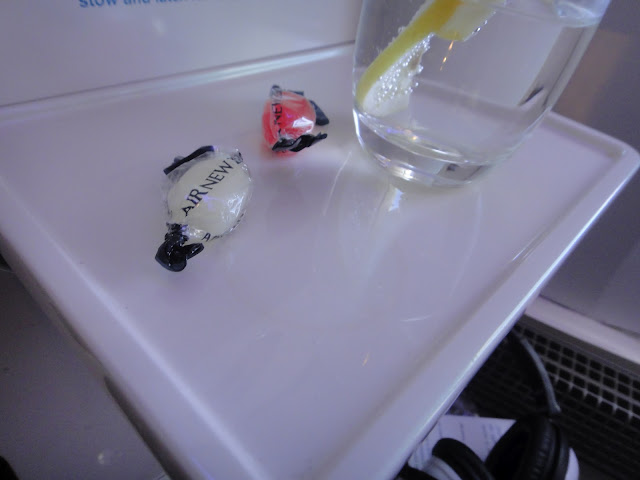 We arrived on schedule and were soon on our way. The flight was simply fantastic, excellent food, great seat, brilliant service. I really love Air New Zealand business class. It remains my favourite business class product of all the airlines I've flown.