Jetstar are slowly changing the long haul fleet over from the Airbus A330-200 to the Boeing 787-8 and so far they have 4 aircraft in service. I recently took a ride on VH-VKE which was just 2 weeks old at the time. I rode on it between Melbourne and Sydney, which was a domestic tag for a flight that originated in Phuket. As such it departs from the international terminal but they do sell tickets for domestic passengers too. 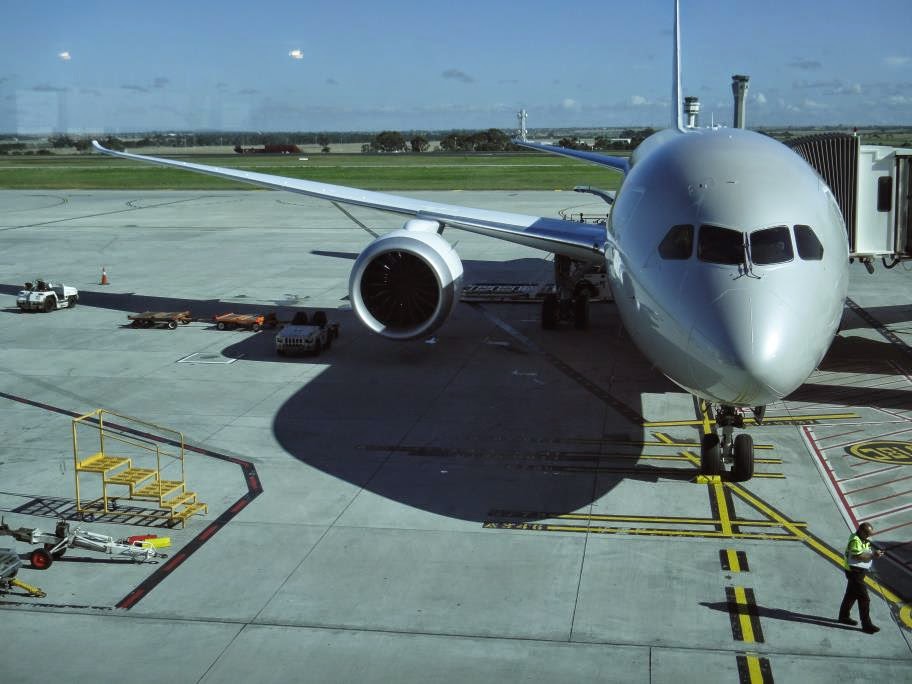 The aircraft had arrived late from Phuket which meant about a 1 hour delay and the need for me to re-schedule my onward flight from Sydney since I had not built in much of a buffer in my connection. Silly mistake but I was trying to be efficient.

Boarding was eventually called and I excitedly hurried down the jetway for my first experience on the Dreamliner.... 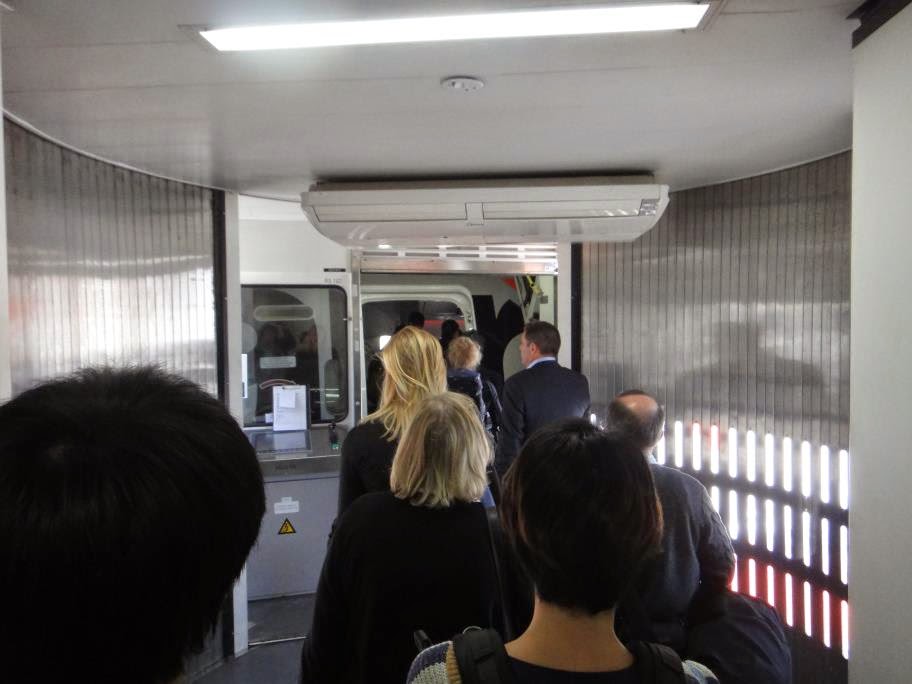 I had been given seat 23J, the emergency exit row. Here are some pics: 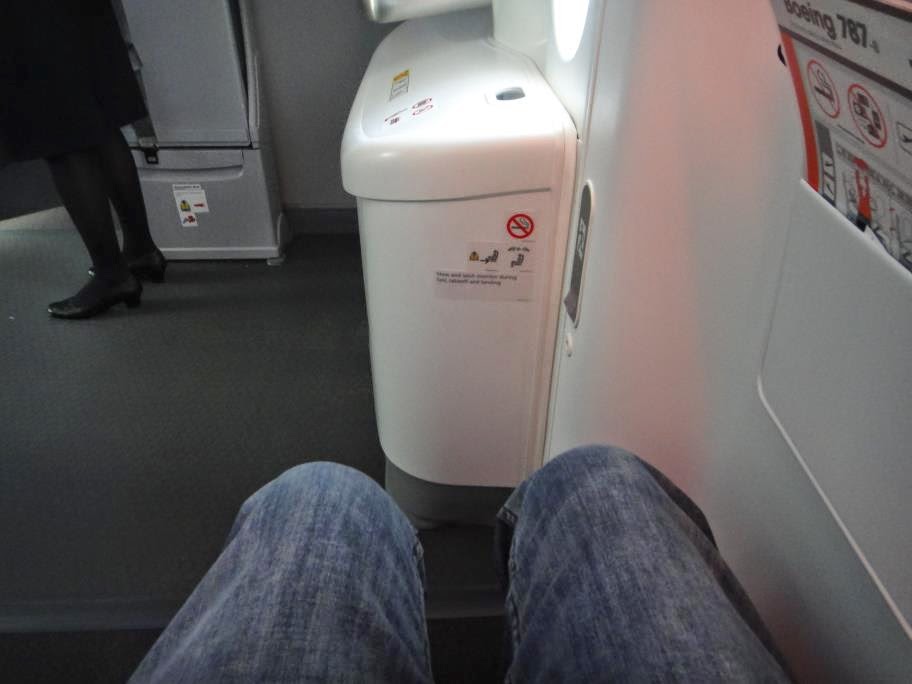 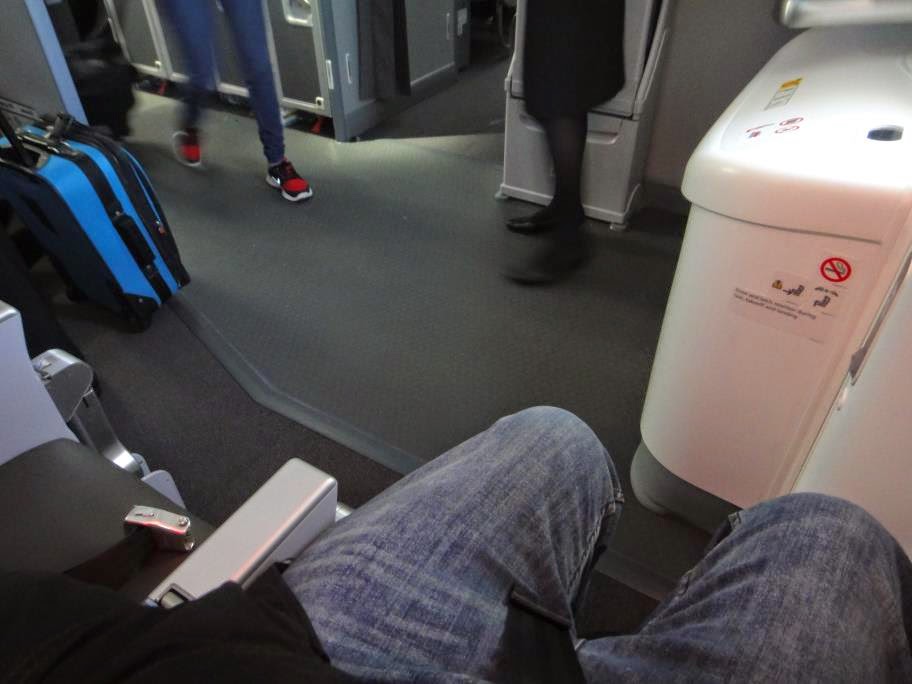 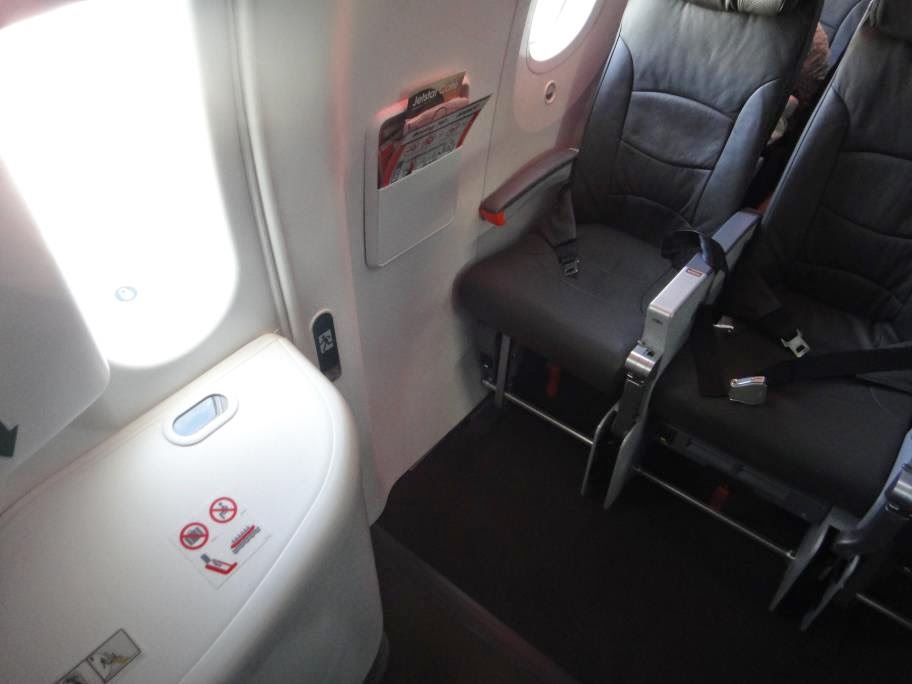 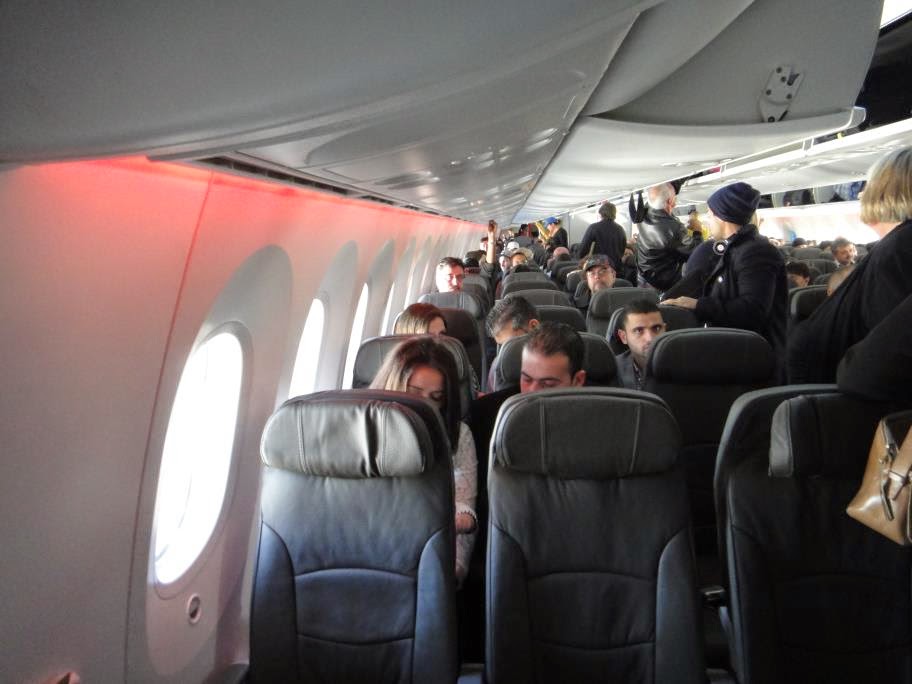 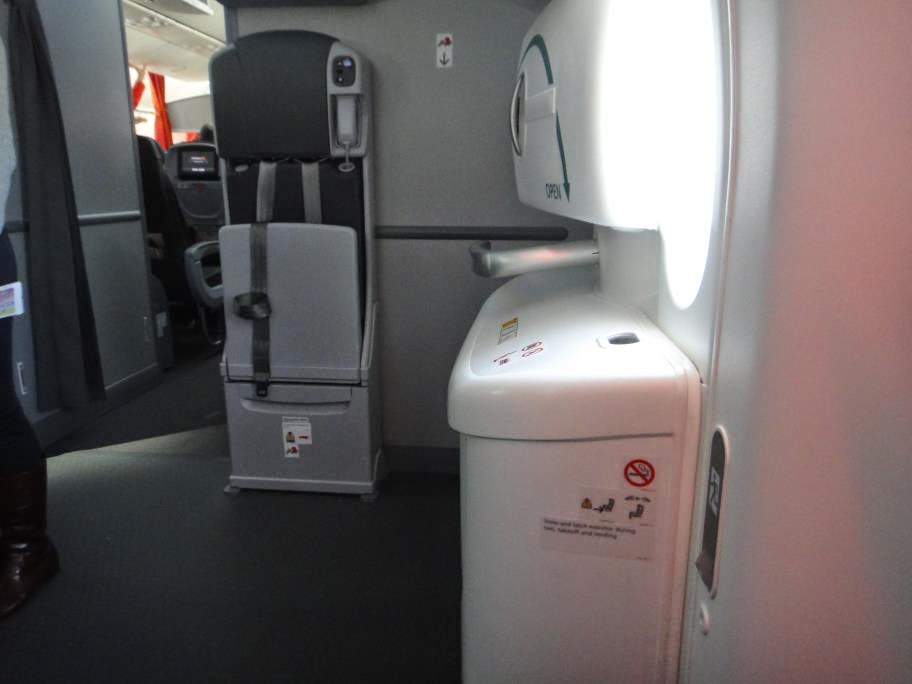 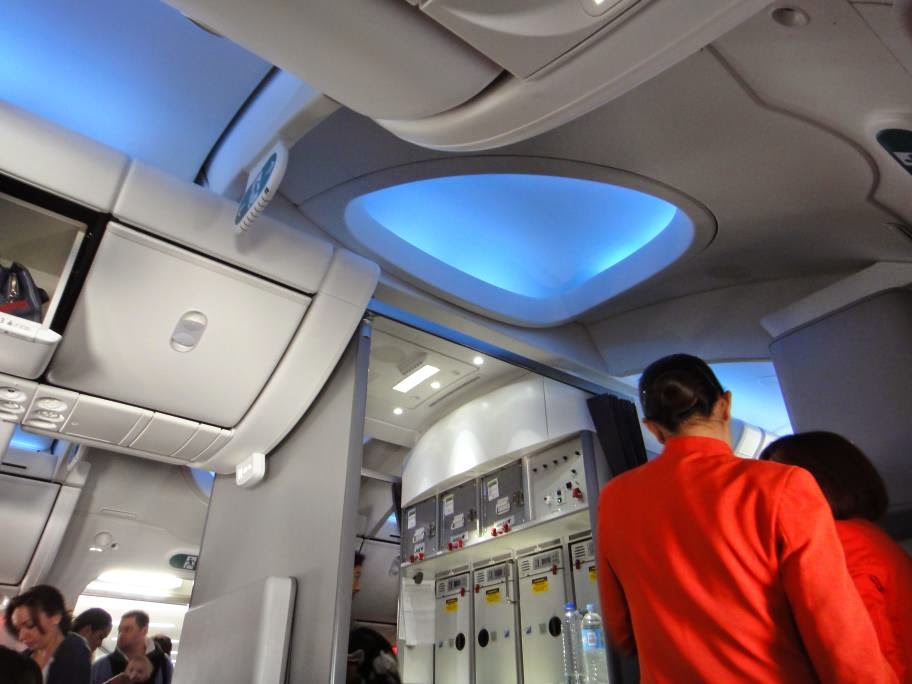 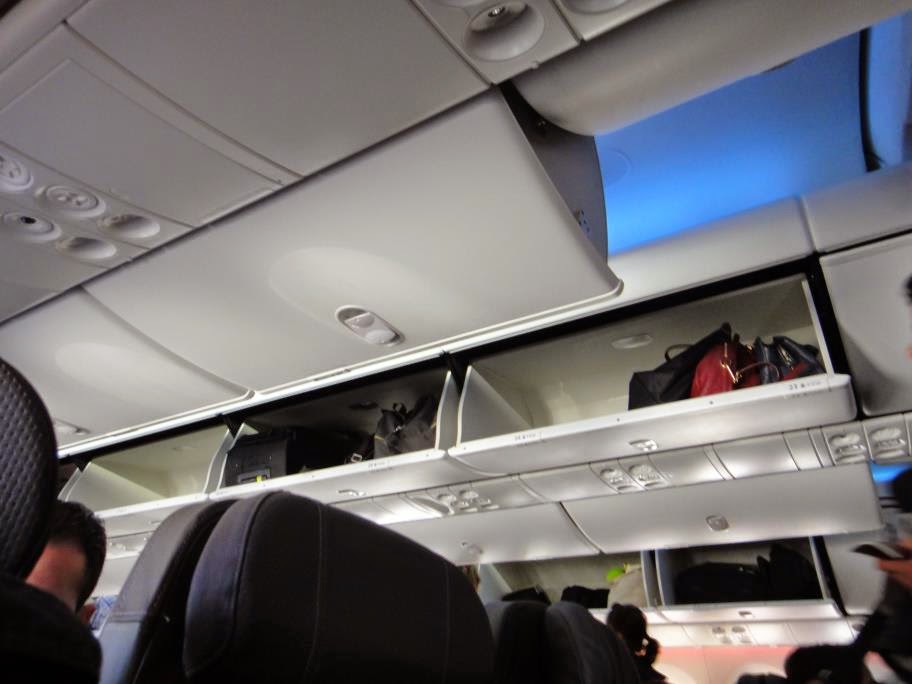 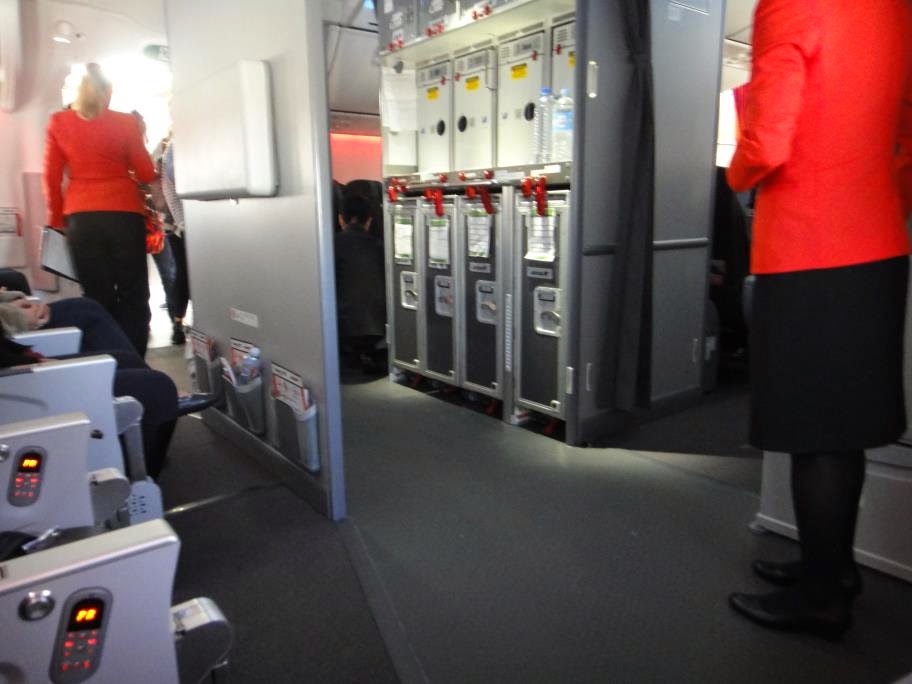 Being an exit row you do have the fixed arm rests which contain the tray table: 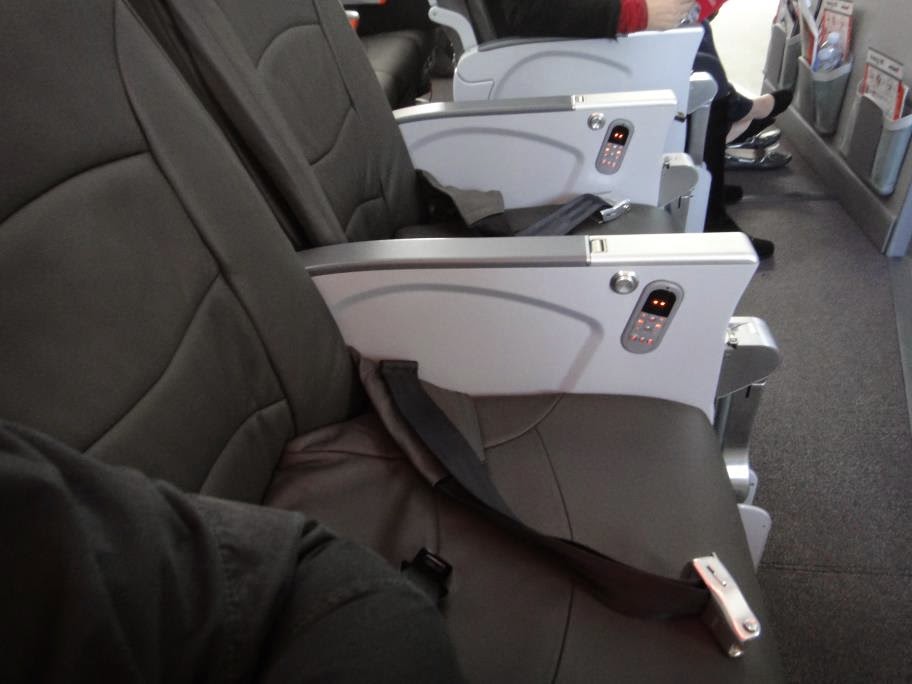 You can see the entertainment controls on the seat above, the pull out tv screen is also able to be controlled by touch.

The pilot apologised for the delay and we pushed back with I would guess about 200 passengers on board. The capacity of the aircraft is a huge 335 seats. 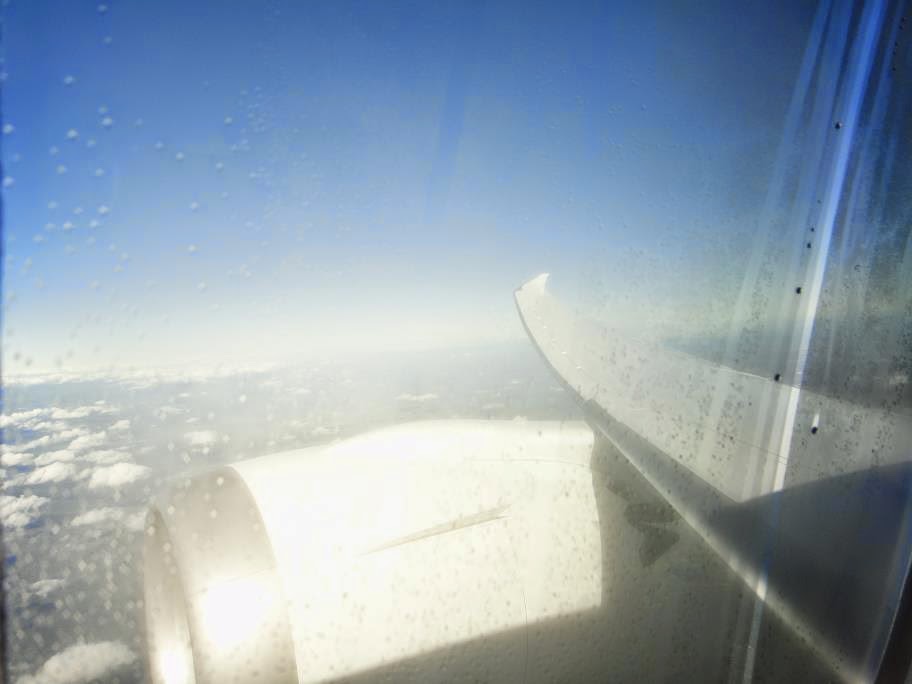 As you can see above the entertainment screen pulls out from between the seats if you are in an exit row, so it can't be used during takeoff and landing. Of course in the normal seats they are simply built into the seat in front of you and available at all times. 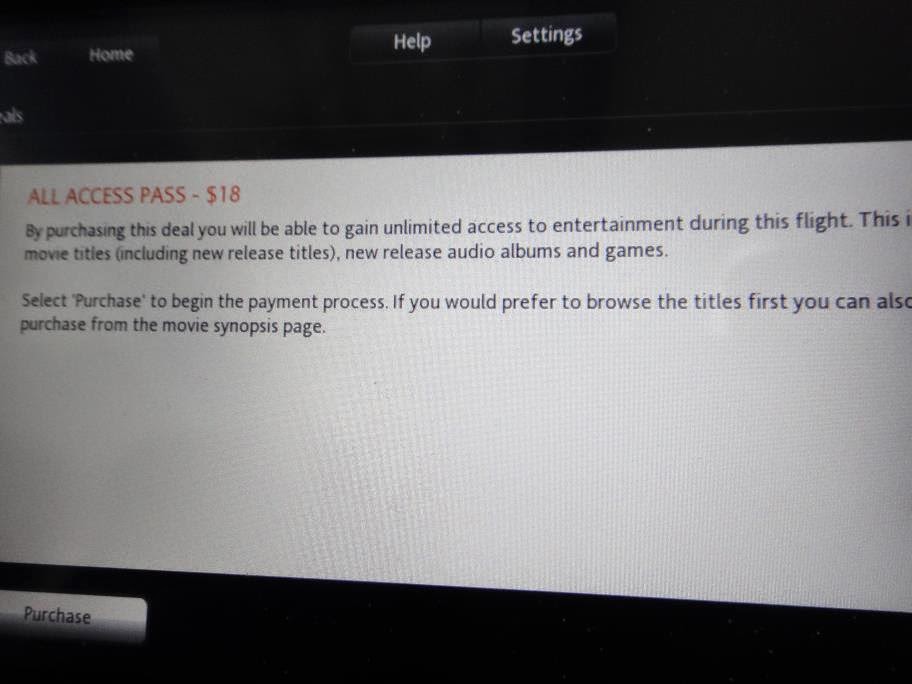 Being a low cost carrier you have to pay for entertainment,currently priced at $18. It's not worth it for a short flight but I guess it may be on one of the long haul routes. Fortunately the moving map display remains free of charge: 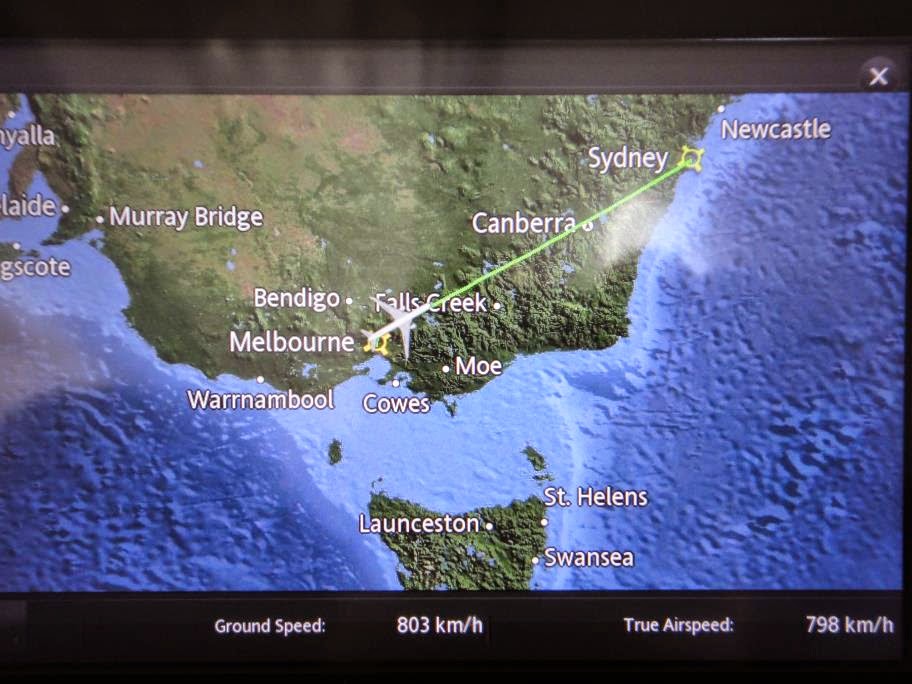 The aircraft is super quiet and very smooth. It just feels different to other aircraft, it feels really solid and powerful. Since the aircraft was so lightly loaded we headed straight up to 40,000 ft where flying conditions were great. It was a beautiful day for flying. Unfortunately I couldn't get many good photos from my window as it had condensation on it.

Just before the inflight service I had a quick inspection of the lavatory: 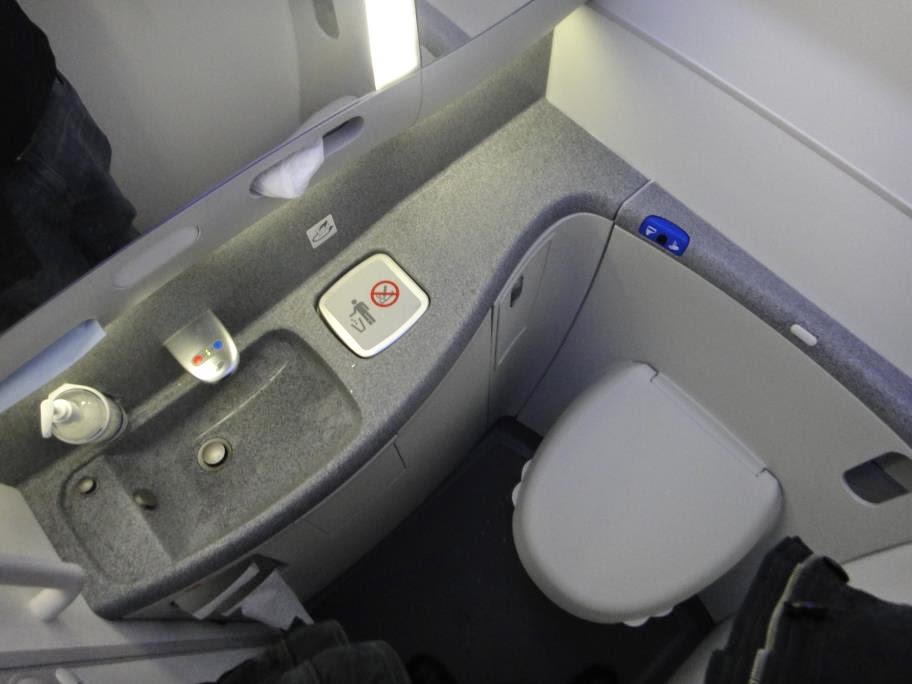 It was a pretty standard set up but with a modern and clean look. Whilst exiting the lavatory I took a shot of the mini economy cabin between business class and door 2L: 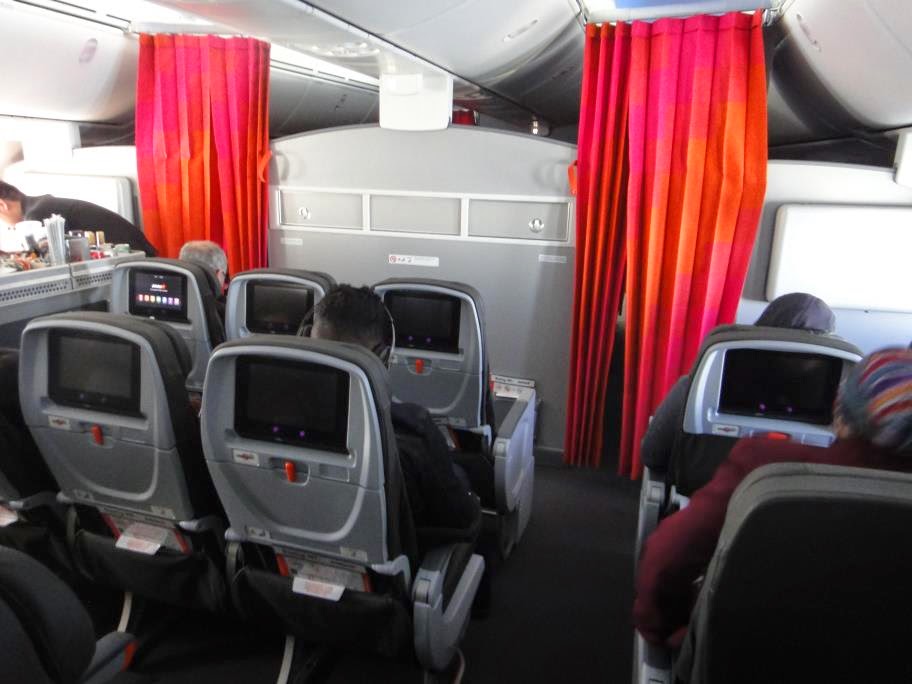 I decided to have a cup of tea and a muffin, the cost of this 'deal' is $5. Pretty reasonable, you can have a coffee or tea plus the banana muffin. 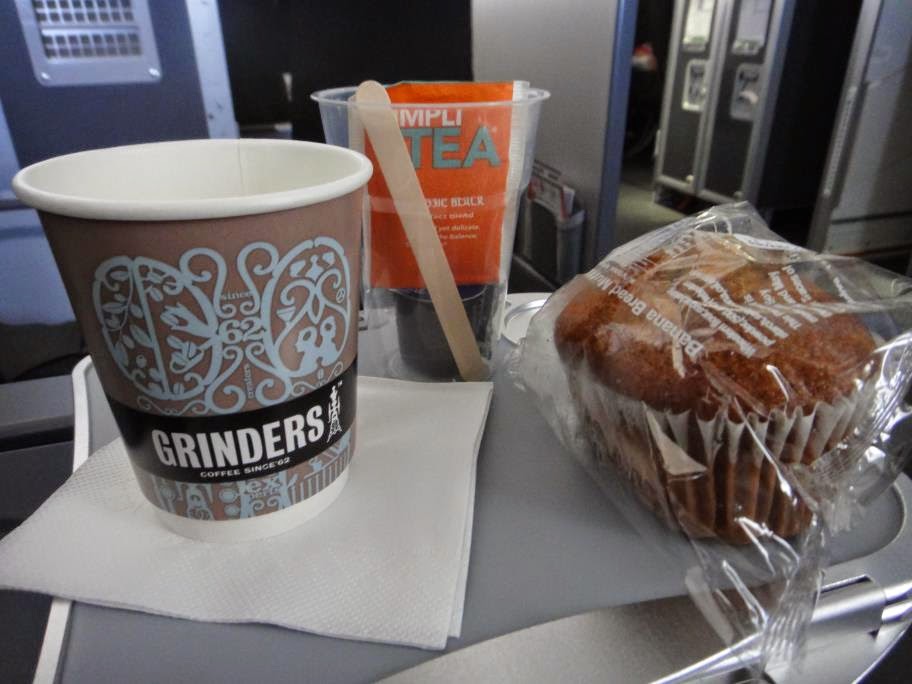 By the time I had finished my muffin we were on descent into Sydney, as you can see below... the condensation still existed on my window: 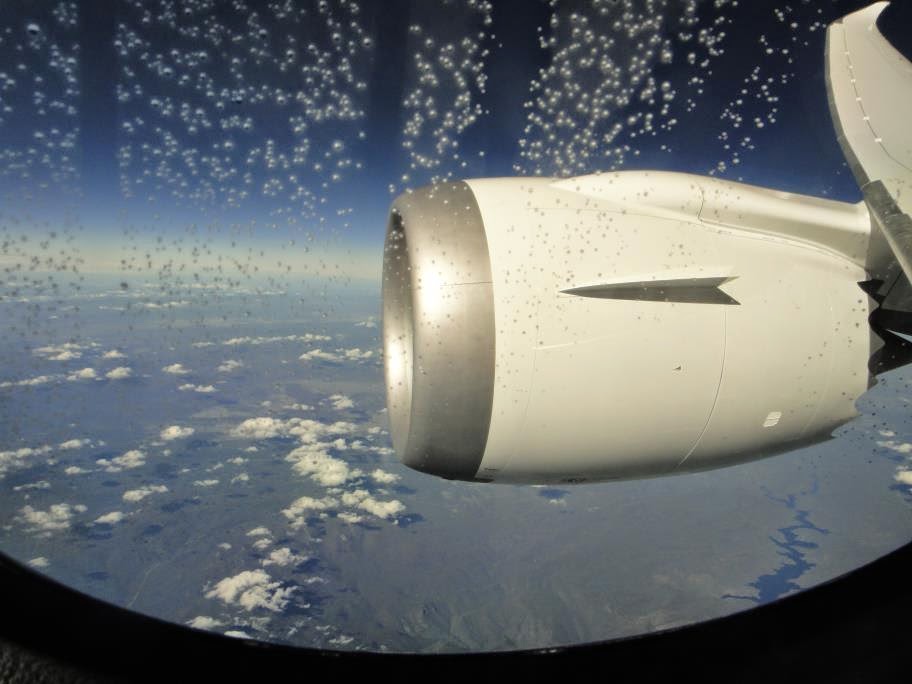 So that ends my first flight on the Dreamliner. Even though I experienced the aircraft on a 'low cost' airline, I still enjoyed the experience immensely. It is a fabulous aircraft to travel on, perfect for long haul flying. The modern interior with huge windows and super quiet cabin are superior to just about any other aircraft. I can't decide which aircraft is now my favourite, the A380 or the 787... both are great really. If you want a bit of extra leg room on Jetstar then I can highly recommend the exit row seating too. Well worth the cost for the virtually unlimited space.

I have another upcoming flight on the 787-8, with Qatar in business class. I look forward to writing another 787 story from the 'luxury' point of view.
boeing 787 economy class Jetstar trip report