- March 26, 2015
I've reviewed this flight so many times before so here is a quick rundown and mostly pictorial report of my most recent trip on flight TG465, on board a Thai Boeing 777-200ER. This flight leaves Bangkok at 00.05 AM every night, arriving into Melbourne at  1.05pm, scheduled 9 hours. This flight offers a late night supper (basically a complete dinner service) and full breakfast before landing. It was my last flight on my series of flights around Asia late last year.

After freshening up with a shower in the lounge and complimentary 30 minute foot massage in the Thai Airways spa it was off to get C5 for the secondary screening Australia bound flights are subjected to.


Once on board I headed to seat 15K and settled in, lucky for me the seat beside me remained free. The seats on these aircraft are  still older style angled lie flat pods, and on the 200ER series they are  in a 2 x 2 x 2 configuration. Although old, they are still relatively comfortable and I manage to sleep on them ok. 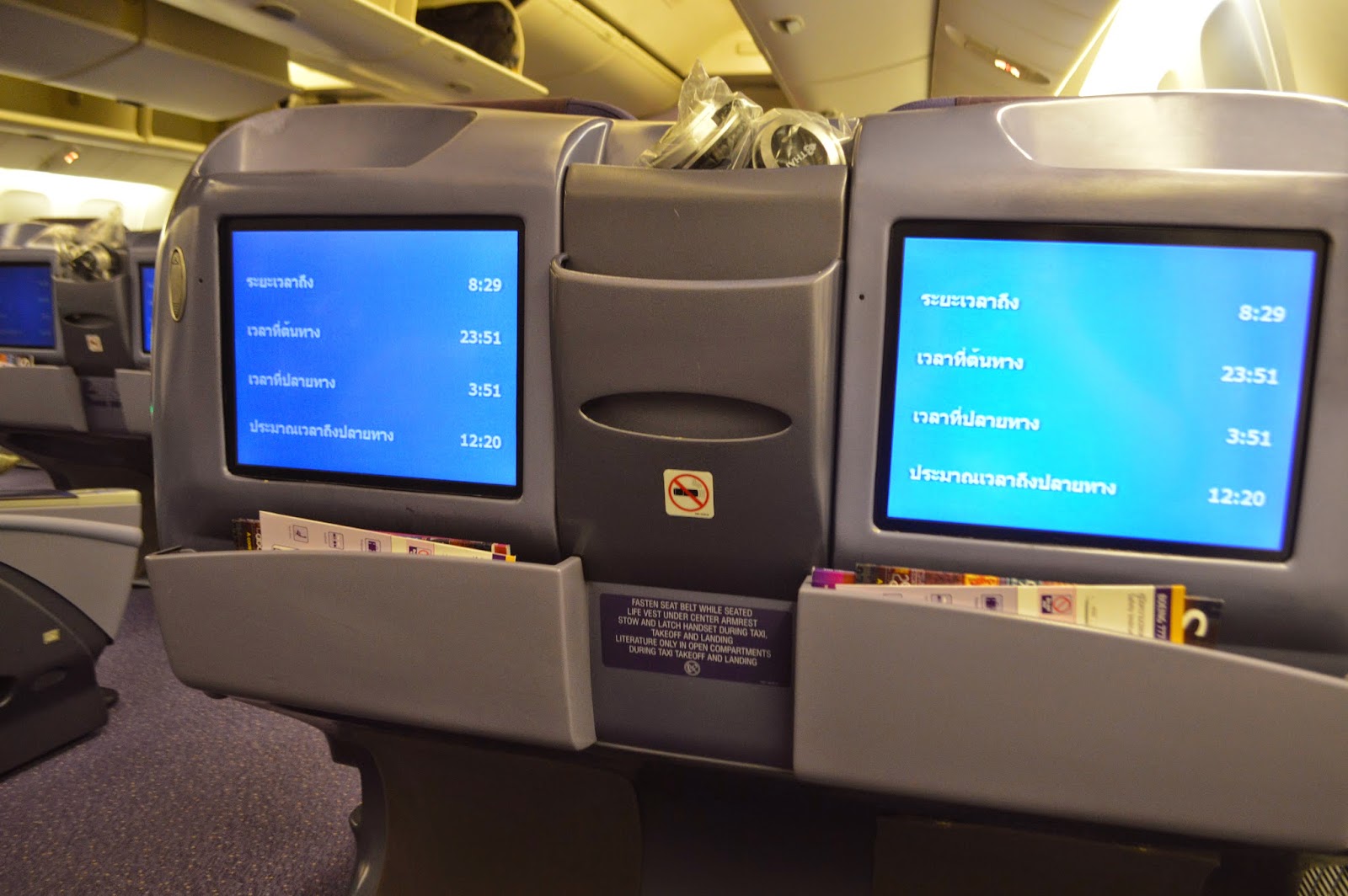 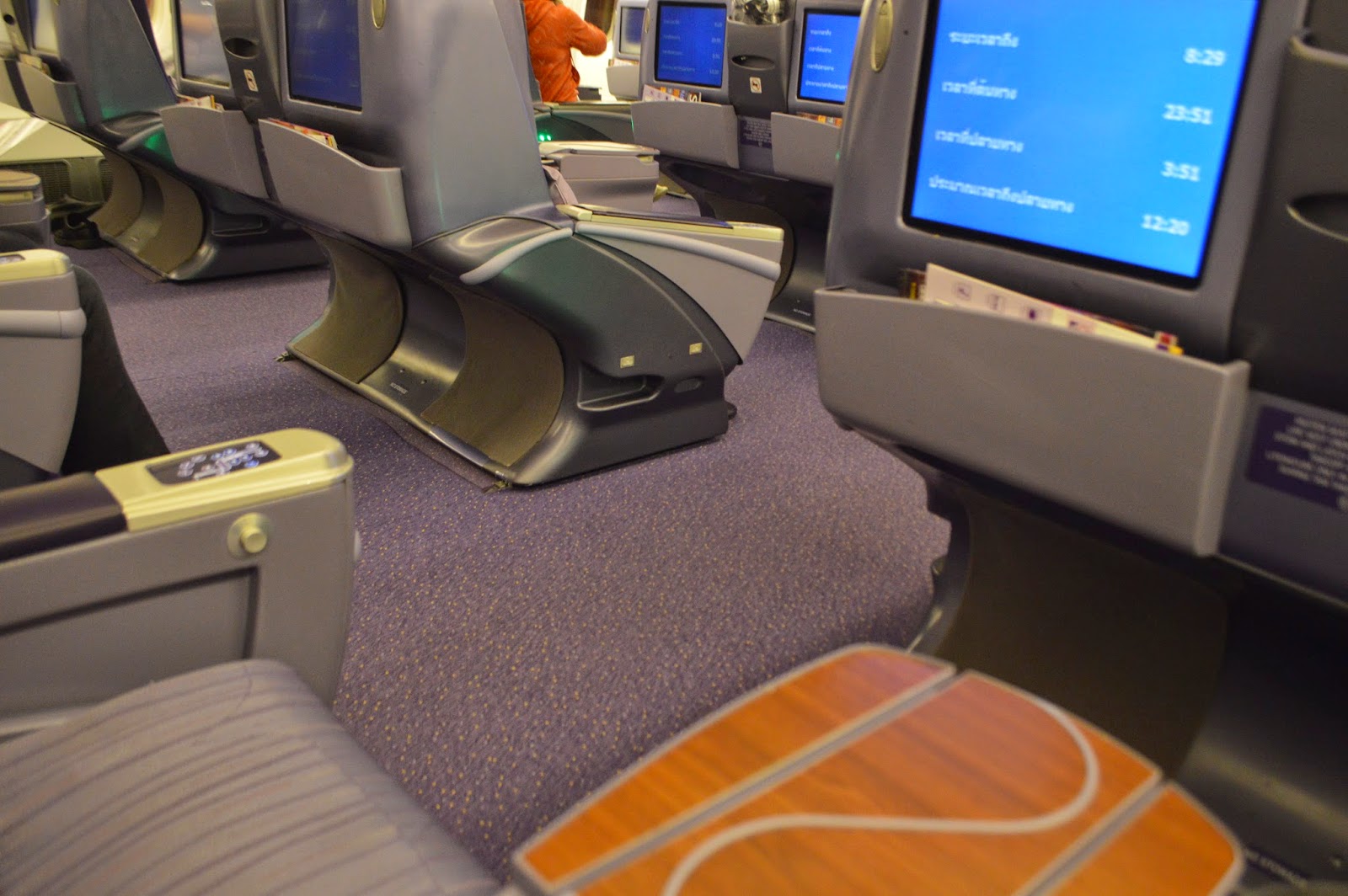 Porsche design amenity kits are provided to all passengers: 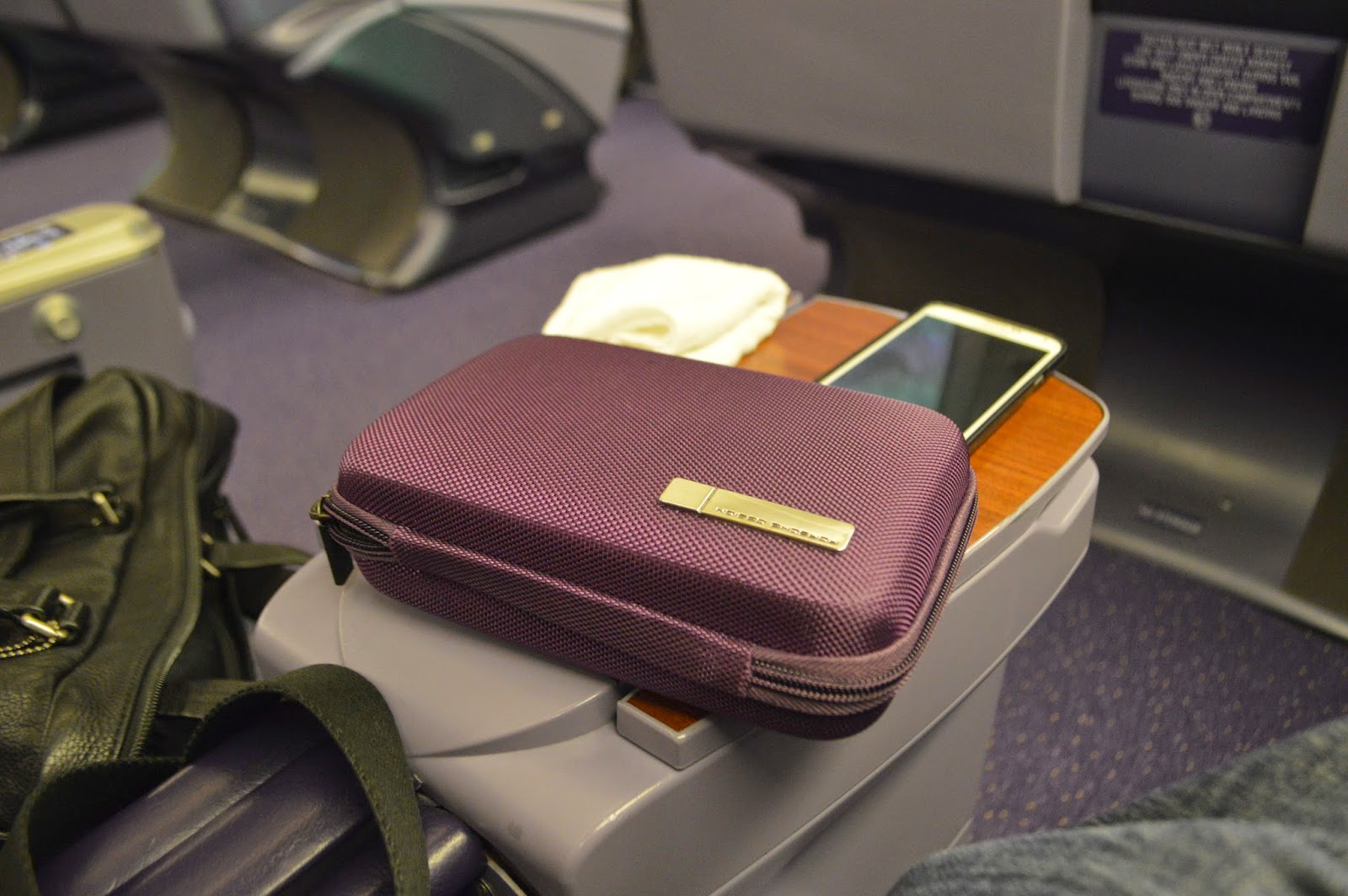 I didn't feel like Champagne which is quite unusual, instead I opted for an orange juice welcome drink. Hot towels were also provided. 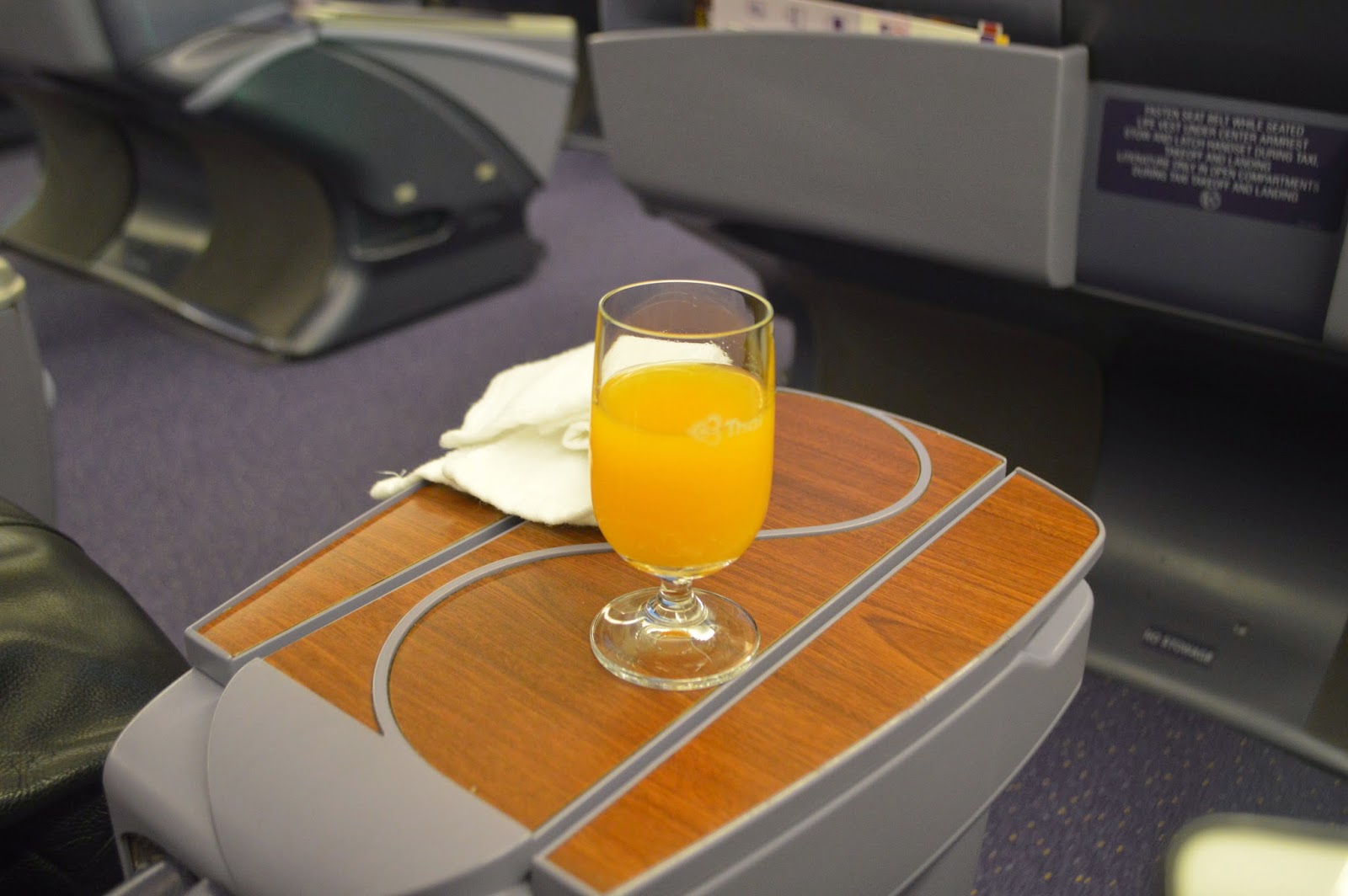 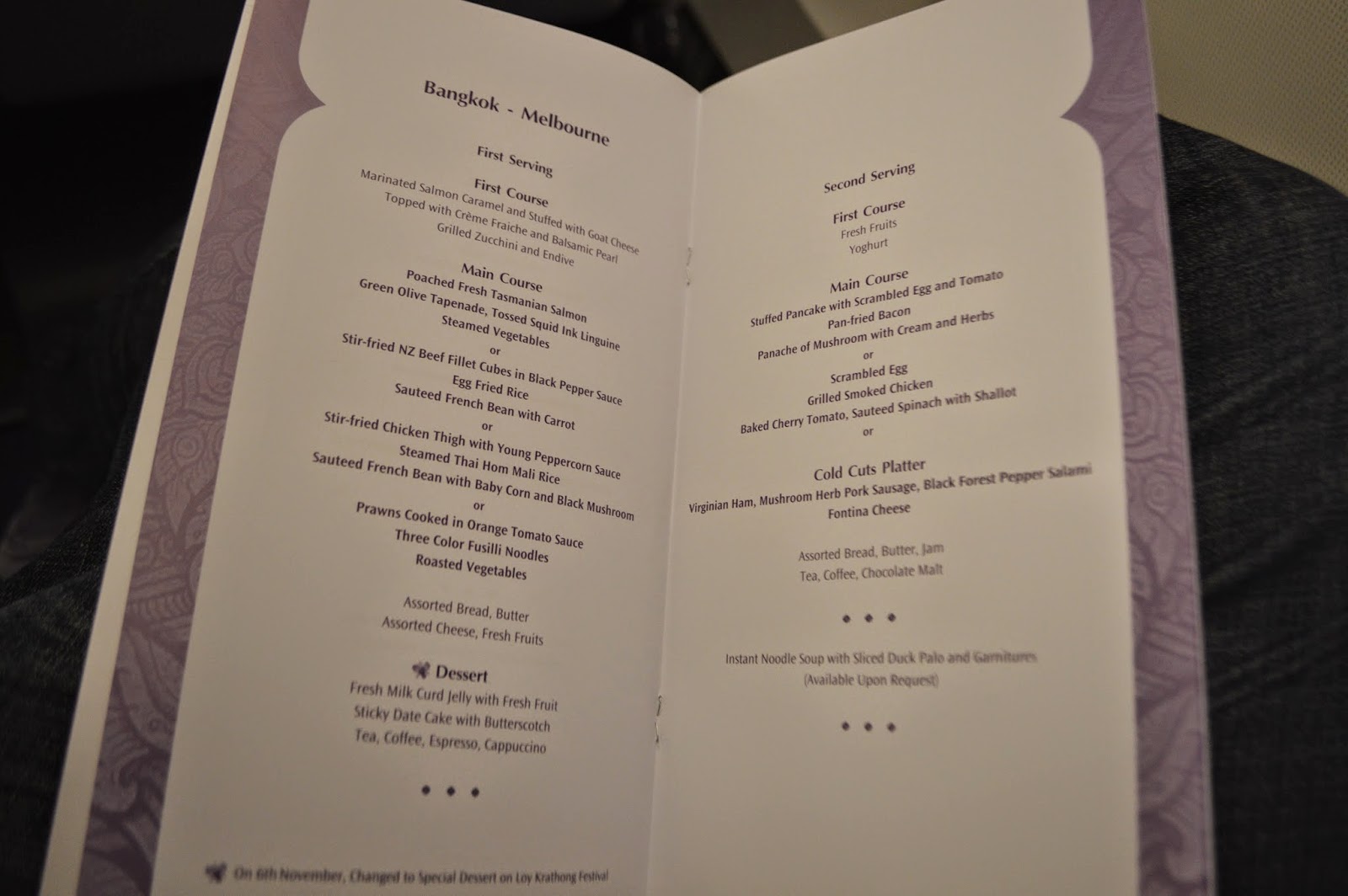 Meal orders were taken  on the ground and soon after takeoff service commenced. I had some wine, or was it champagne?? I can't quite tell i this pic: 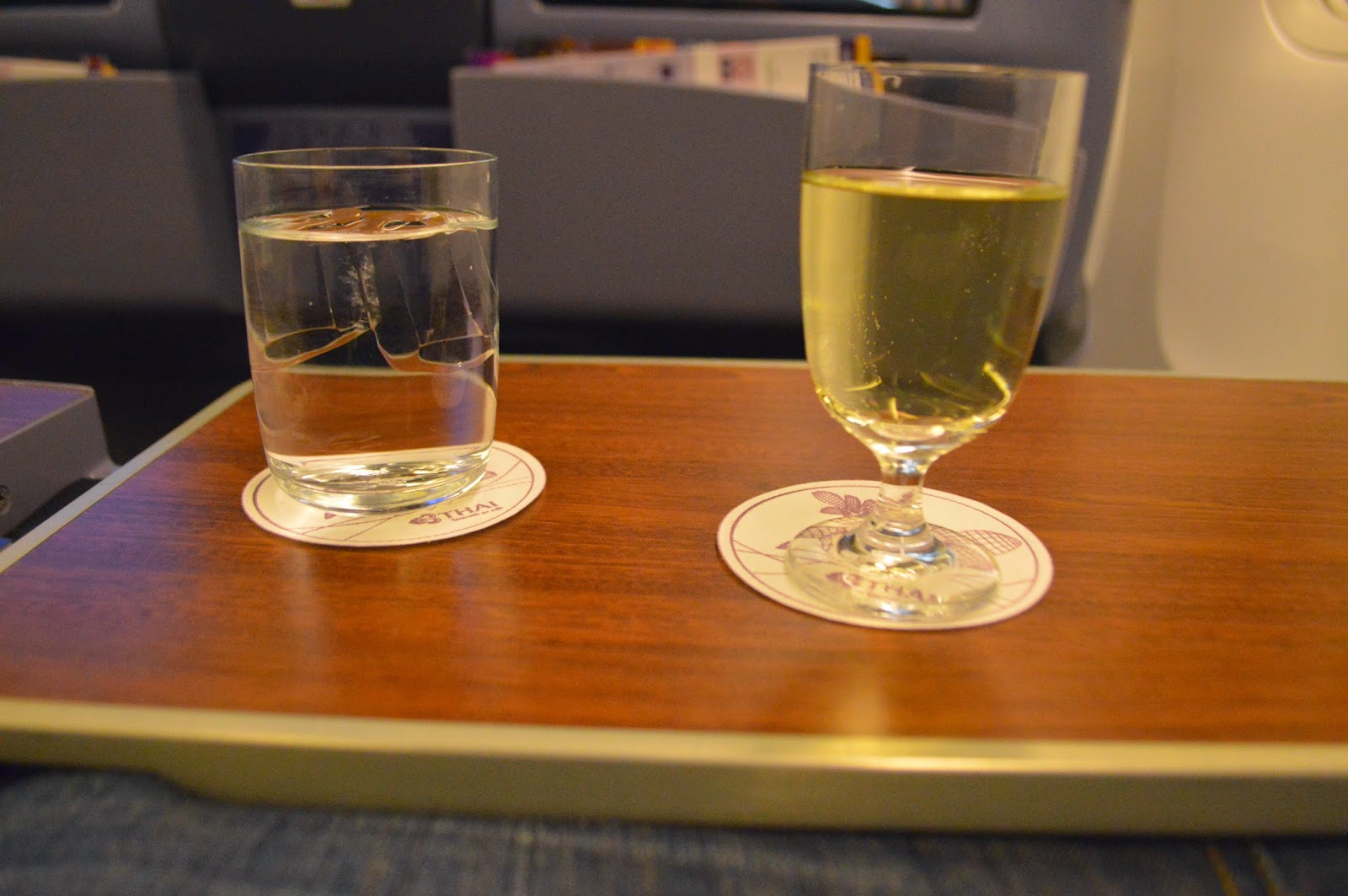 Here is the starter, and YET AGAIN, salmon features. Thai  - STOP WITH THE SALMON, give me a prawn, give me a scallop, give me something else please! 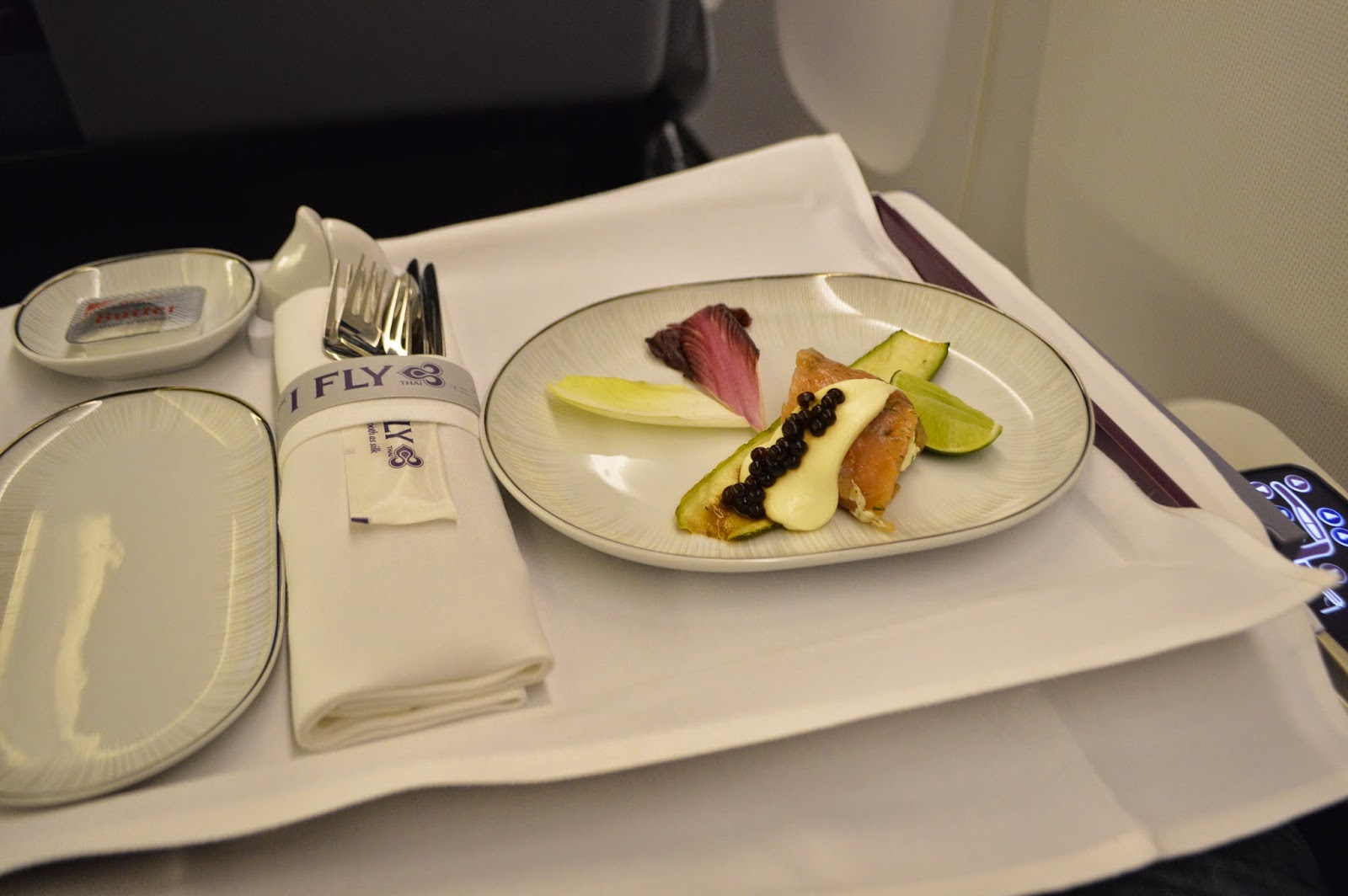 Note the new plates in use, much nicer than the old ones in my opinion, quite stylish.

The bread basket was handed around next and I had  some garlic bread, quite tasty: 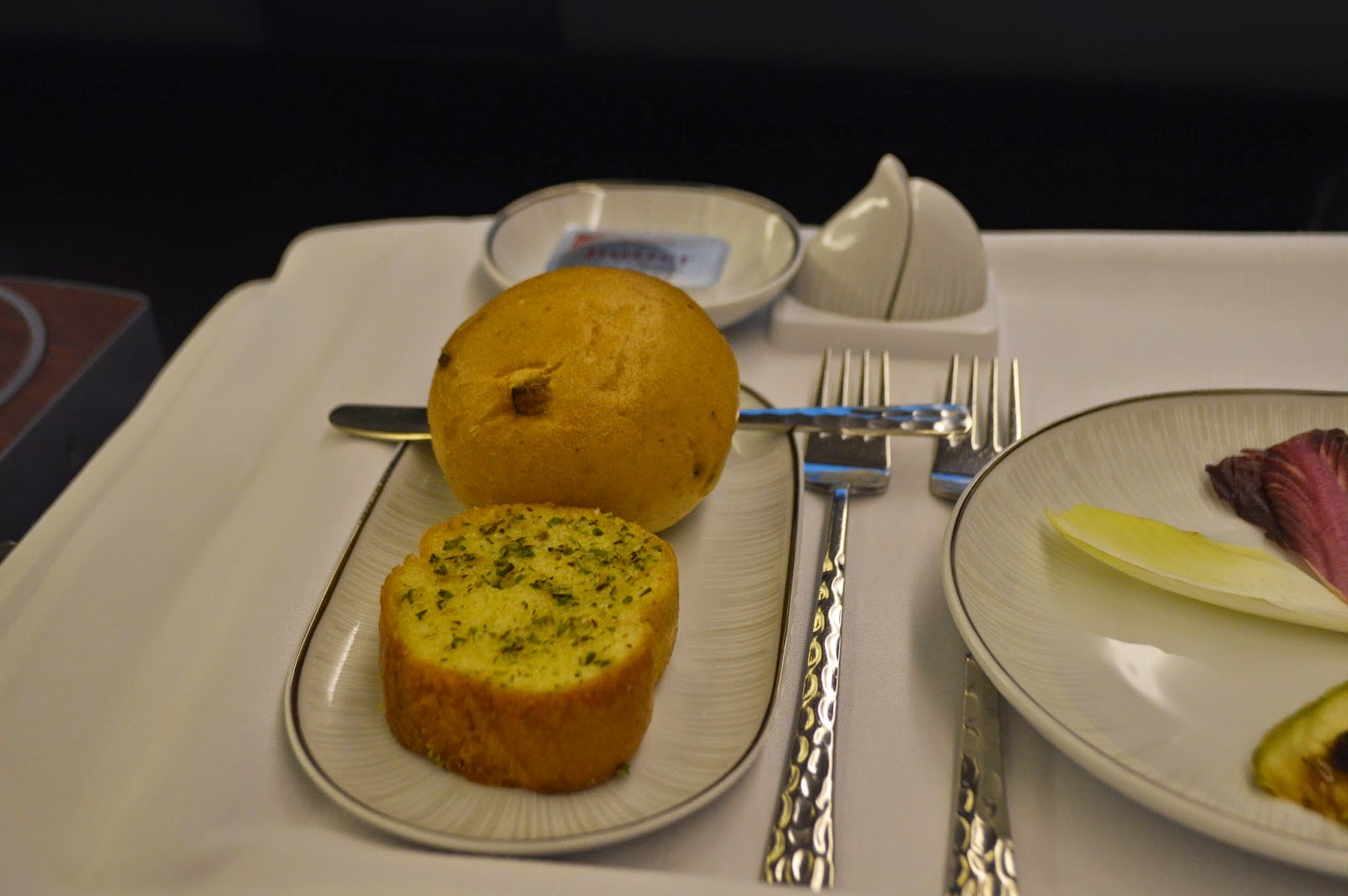 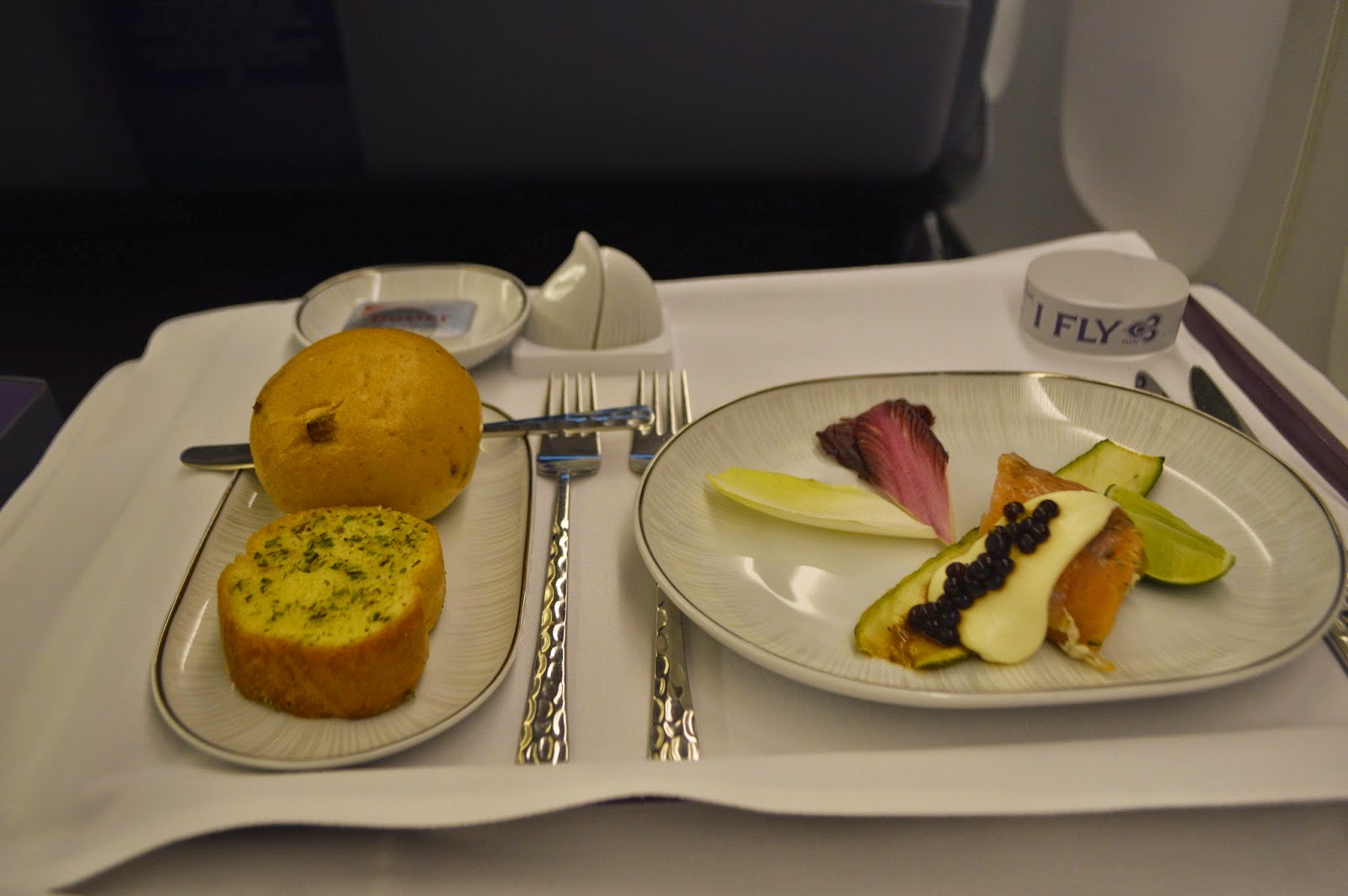 And here is the main course, actually the new plates really helped in the presentation compared to the old ones, in my opinion: 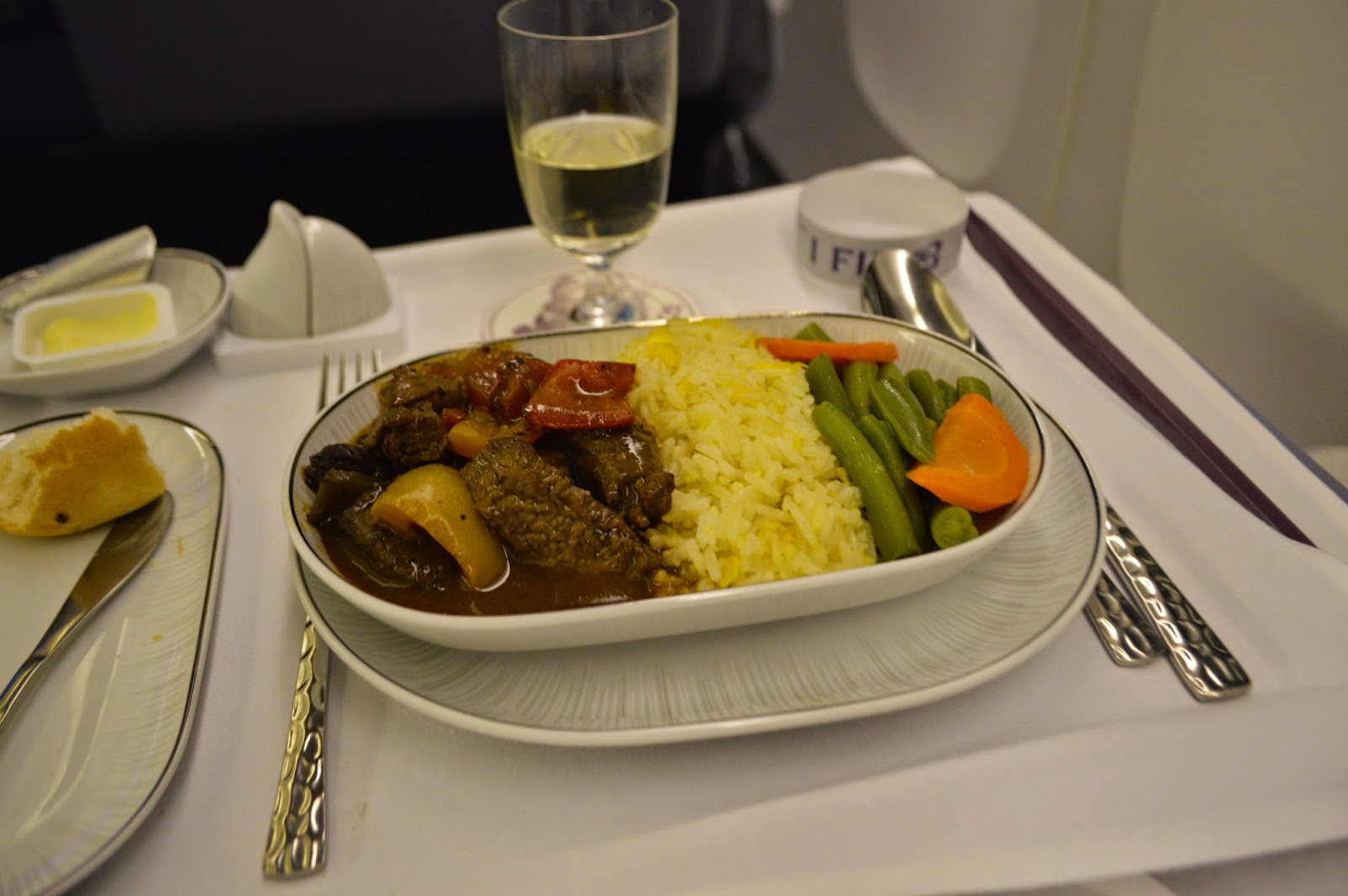 Then some fairly ordinary  and cheap cheese with some fruit: 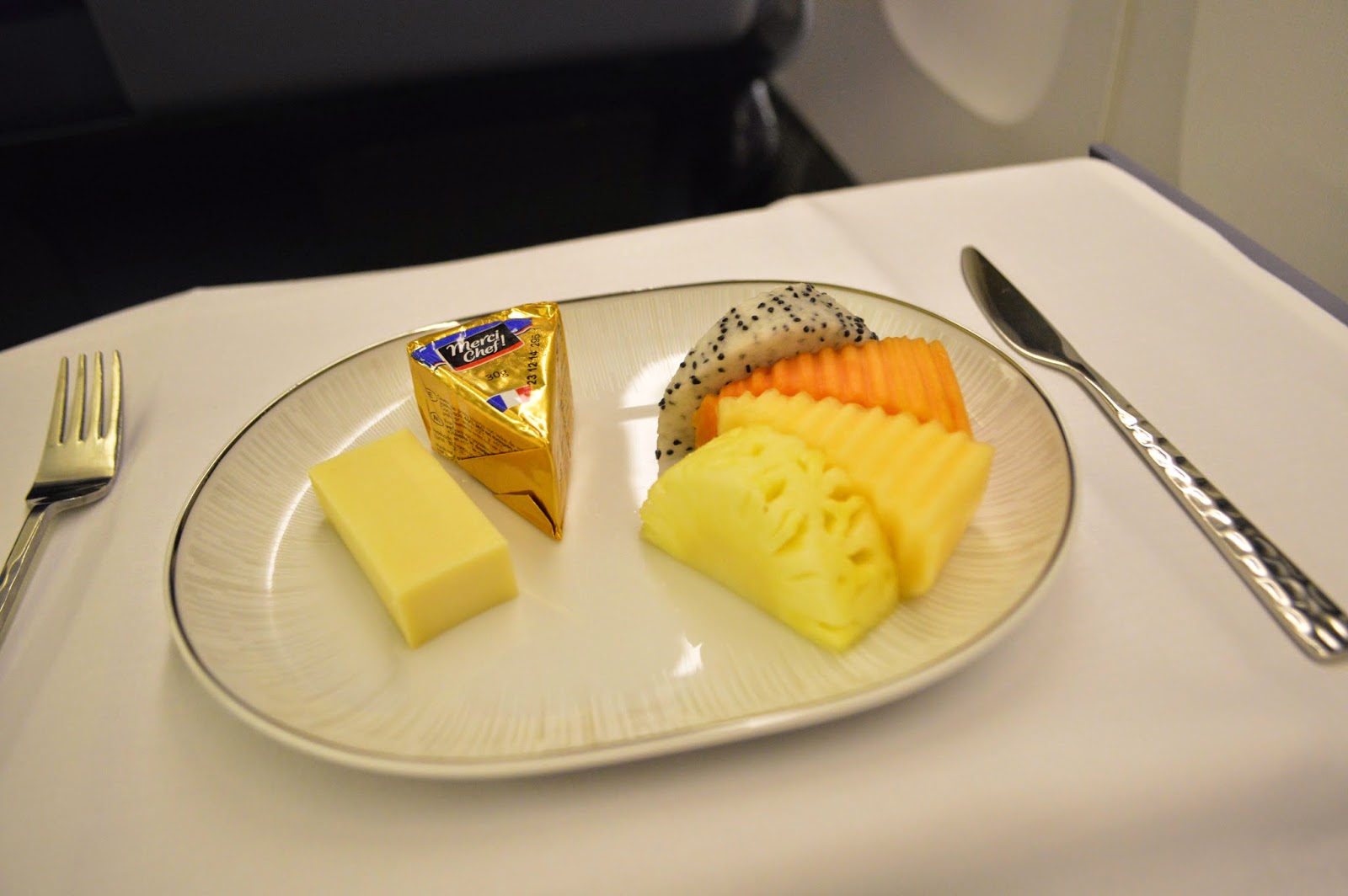 And a pair of mini desserts: 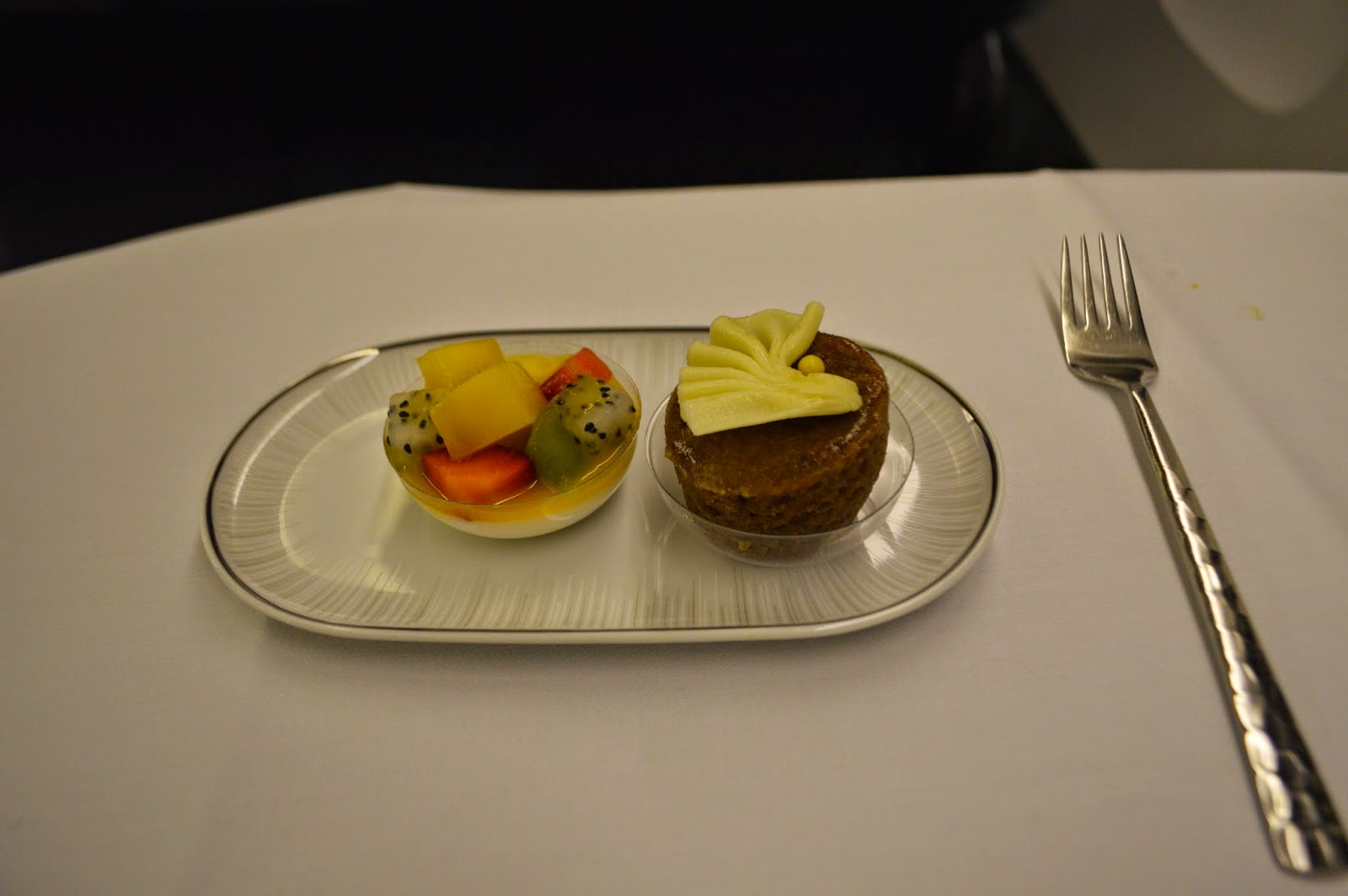 That is what Thai call a supper, but really it's exactly the same as a full dinner service. Food was quite tasty, apart from the salmon.

I went to bed and woke up the next morning over the  South Australian coast near Adelaide with beautiful blue skies: 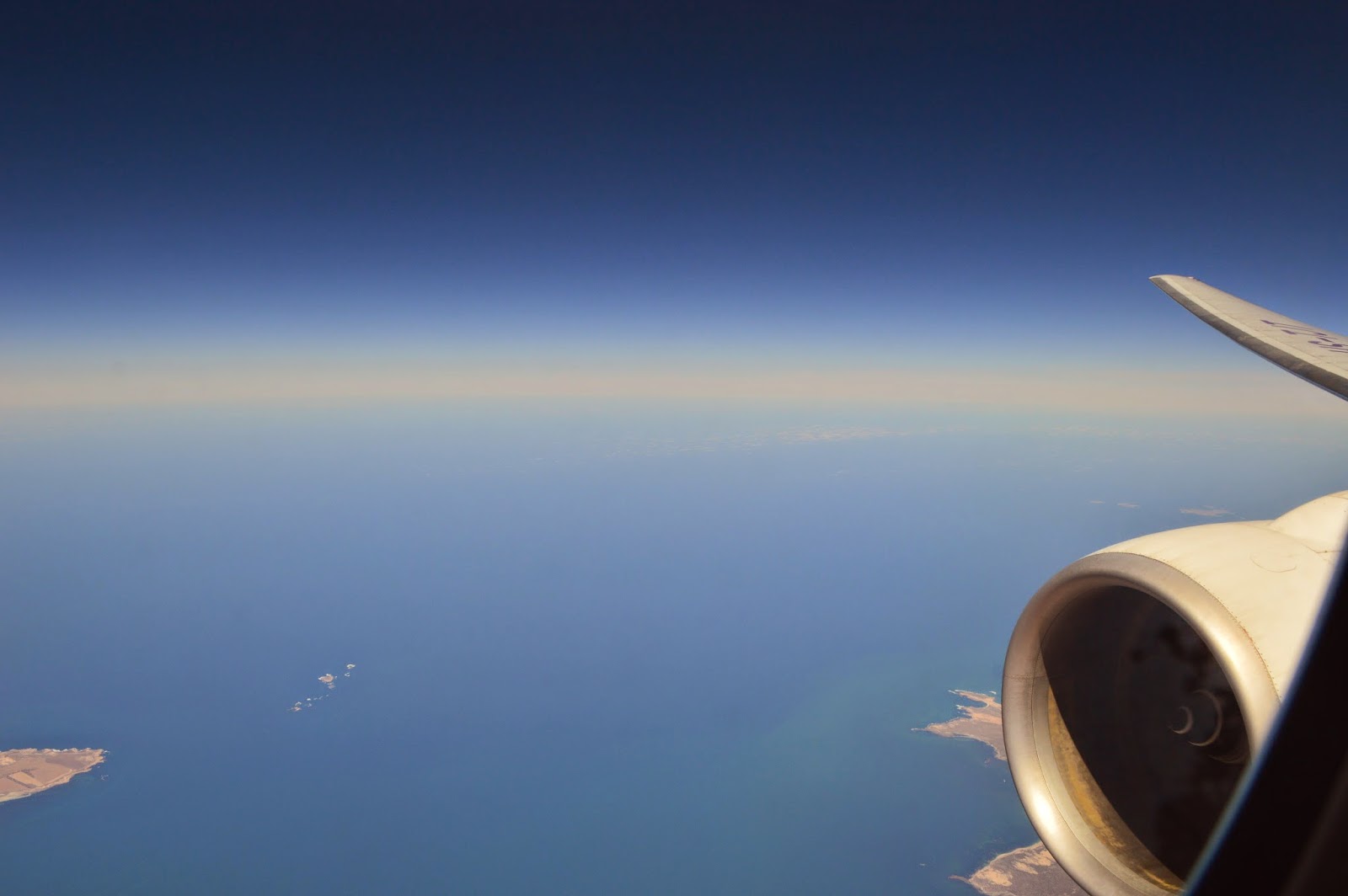 It's nearing lunchtime in Melbourne but breakfast is the meal to have when waking up, the fruits with pastries and yoghurt come out first: 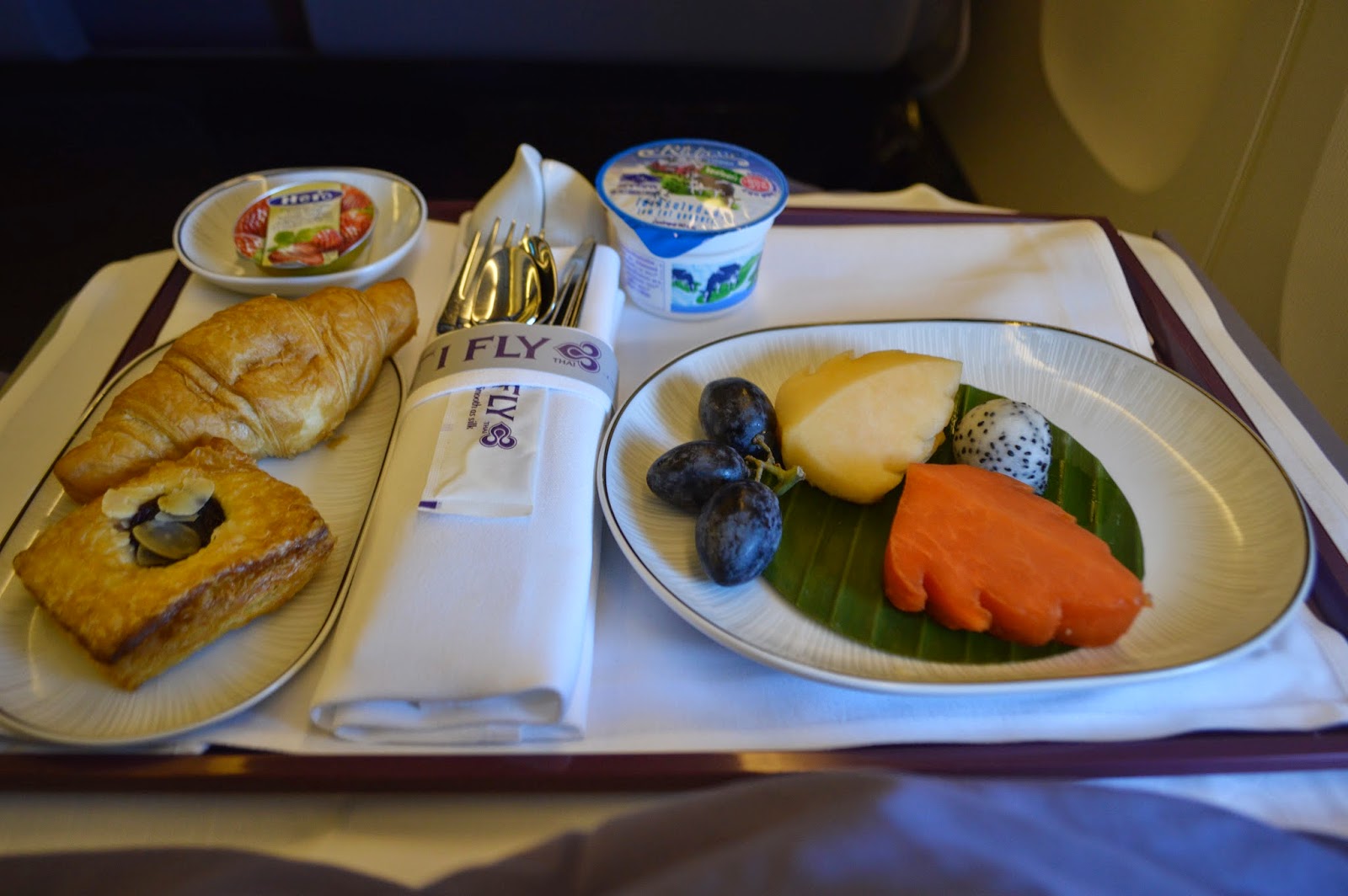 Thai still don't serve yoghurt in a bowl, instead it comes in a cheap looking container as you would expevct in  economy.

And then  I had the stuffed pancake with scrambled egg and bacon, doesn't look all that good and didn't have much taste either: 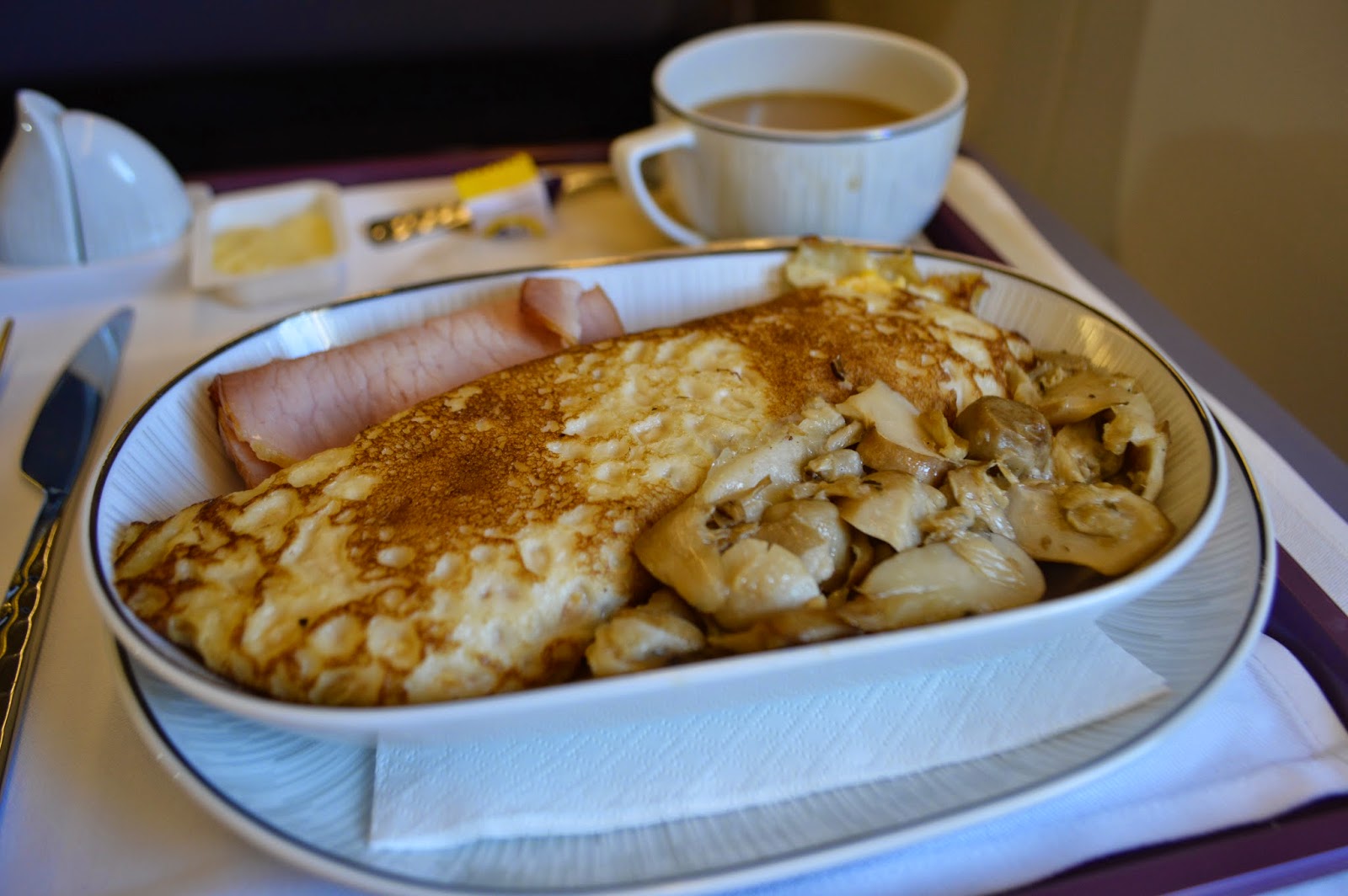 After a smooth flight we made an on time landing in Melbourne and that ended another typical Thai flight. Service was polite and efficient, I like the new plates but there is still a few downfalls in the catering which need to be worked on.  Those angled lie flats must be nearing retirement age too, time to update with the flat bed seat like on the B777-300ER's.

That also is the end of my 'Quick Trip Around Asia' flight report series. Next I will review a couple of domestic Virgin Australia business class sectors.