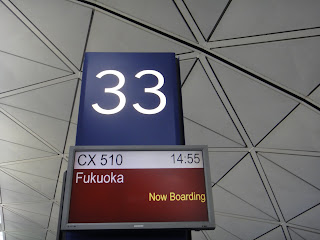 AIRLINE: Cathay Pacific
AIRCRAFT: Airbus A330-343X Reg: B-LAA (5 years old)
CLASS: Business Class
ROUTE: HKG-TPE (aircraft continues to Fukuoka)
SEAT: 18K
SCHEDULED DEPARTURE: 14.55
ACTUAL DEPARTURE: 14.54
SCHEDULED ARRIVAL: 16.45
ACTUAL ARRIVAL: 16.37
After a very quick transit, in which I was assisted by Cathay ground staff through security, I boarded CX510 to Taipei, and onwards to Fukuoka. I would be disembarking in Taipei. Today's flight was operated by B-LAA, an Airbus A330-300 delivered new to Cathay in 2005. It has regional business class seats, but they are a more modern version than found on the A330 I flew from TPE to HKG last time on Cathay (see my previous blog entry). 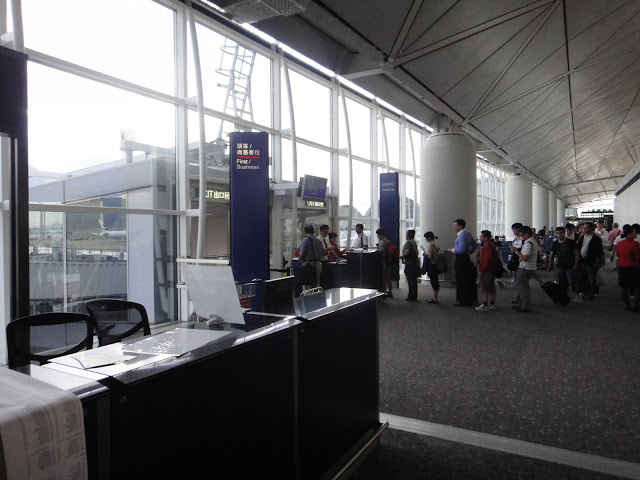 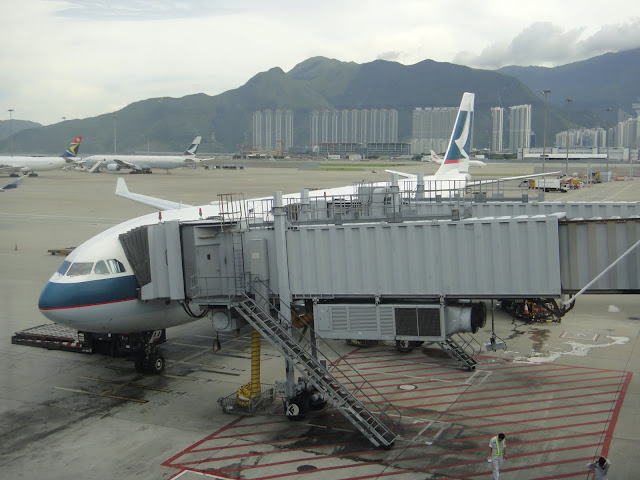 B-LAA preparing to go to Taipei
I took the first left on the jetway and headed for the business class cabin, I was warmly welcomed on board at Door 1L and greeted by name and directed to the right side of the aircraft and my seat, 18K. The neighbouring seat was fortunately vacant, and remained so for the duration of the flight. I was lucky because the rest of the cabin was fairly full. 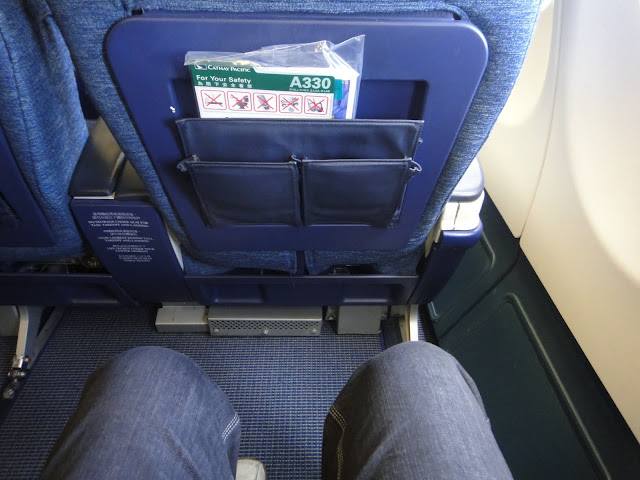 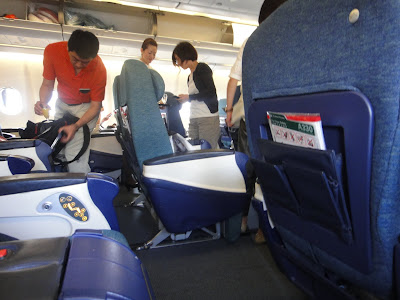 fellow passengers preparing for departure
Within a few moments of sitting down I was offered a glass of Champagne Deutz. This is the champagne used on flights to Japan, and differed from my inbound flight from Bangkok where Billecart-Salmon was served. I like both! 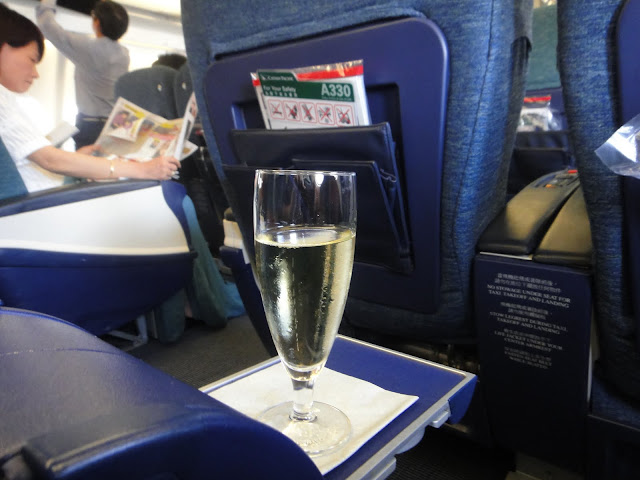 Champagne Deutz
These newer seats have fully electronic controls, and the entertainment controller is located on the top of the arm rest, makes it a bit easier than reaching down beside your leg like on the older configuration. 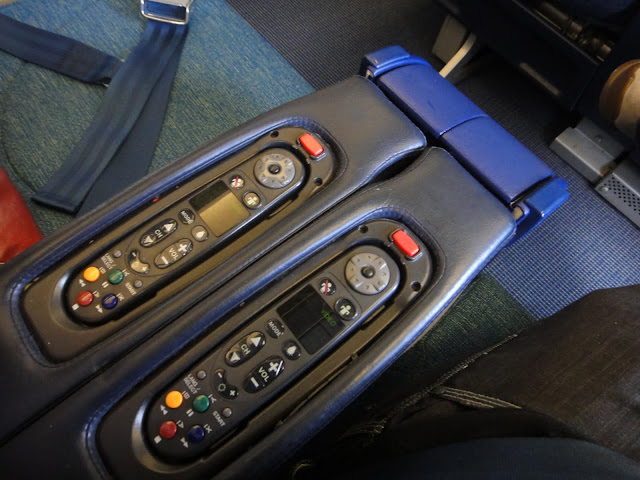 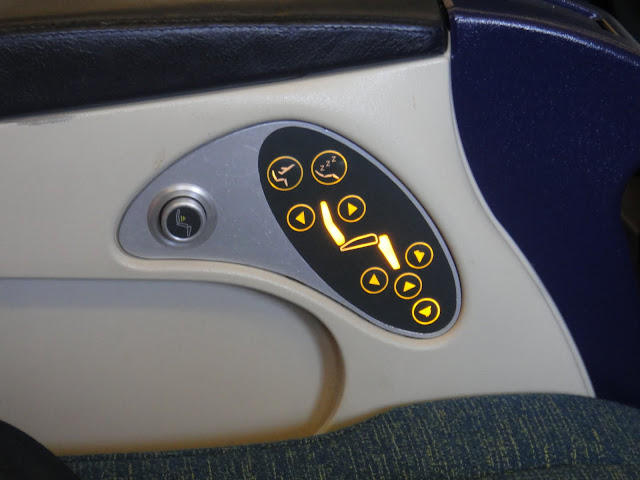 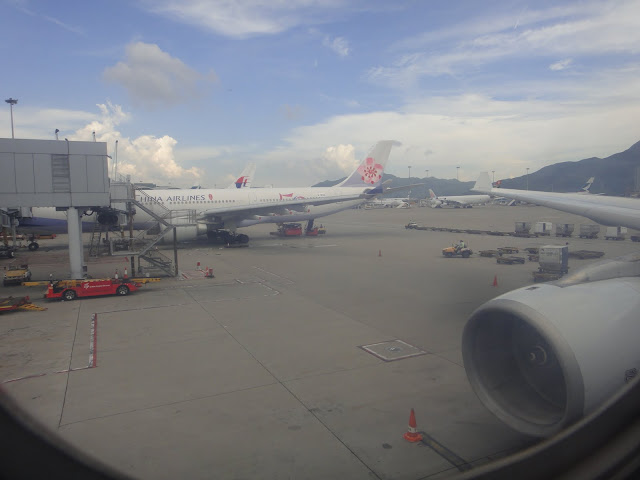 pushback soon, next to a China Airlines A330, also going to Taipei!
Whilst the remainder of the economy passengers boarded I enjoyed my champagne. Soon enough, we were pushing back and the safety video was presented on the overhead screen. 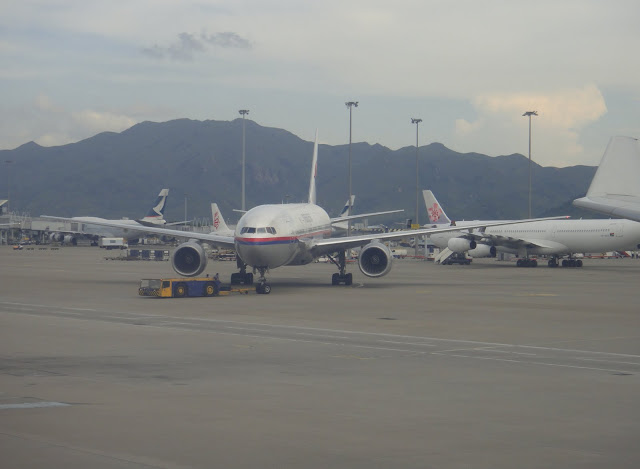 Malaysia 777-200 pushing back for Kuala Lumpur 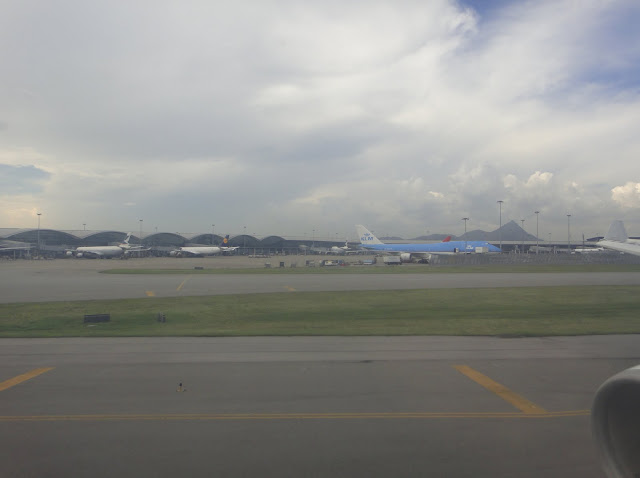 taxi to the runway
We had a race on the parallel taxiways with a Cathay Boeing 747-400 right beside us... the 747 won and took off ahead of us. After they roared off, we lined up and made a quick takeoff roll, I had some lovely views out to my left, including of Hong Kong Disneyland, where I had visited just a few weeks prior. 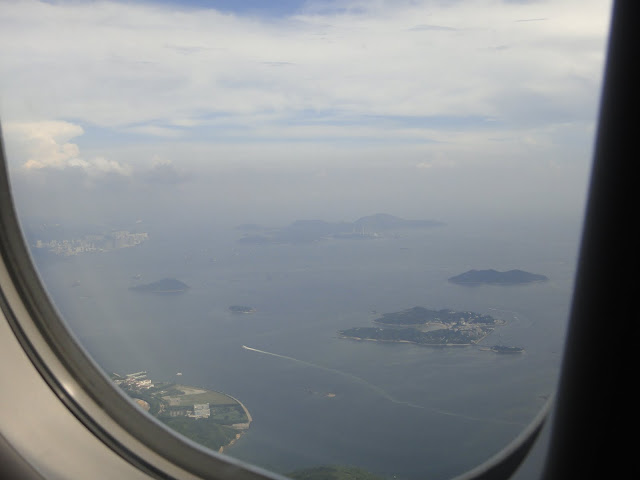 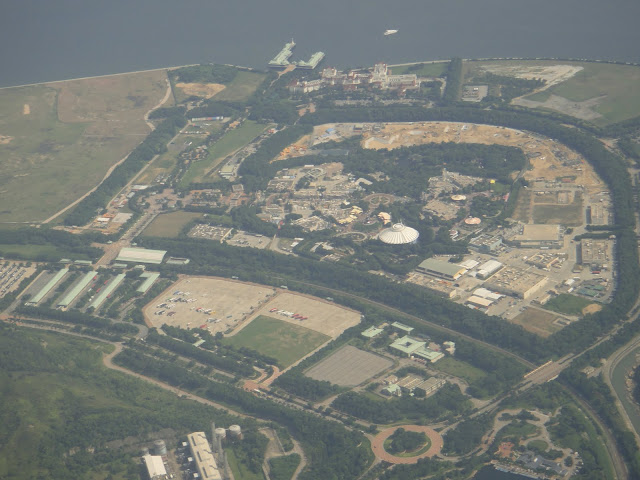 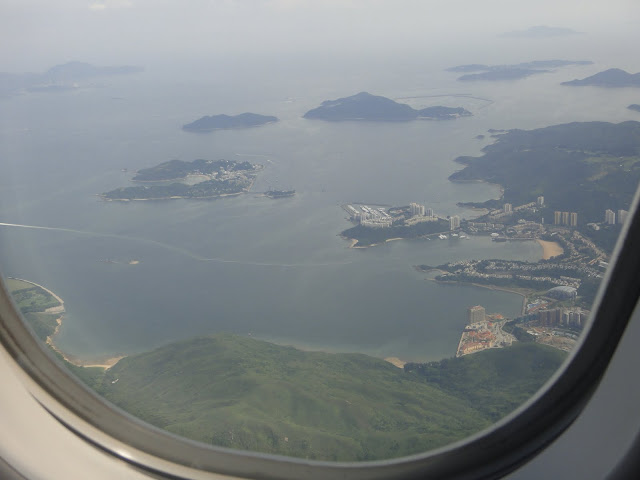 Flying conditions were smooth and the seat belt sign was soon switched off. The crew sprung into action, they have a lot to do on this short flight! We were departing after lunch time, and the meal was called a 'Refreshment', but really, it isn't much different to a full lunch service, with hot meal. Perhaps the only noticeable difference is that instead of an appetiser you get some fruit. 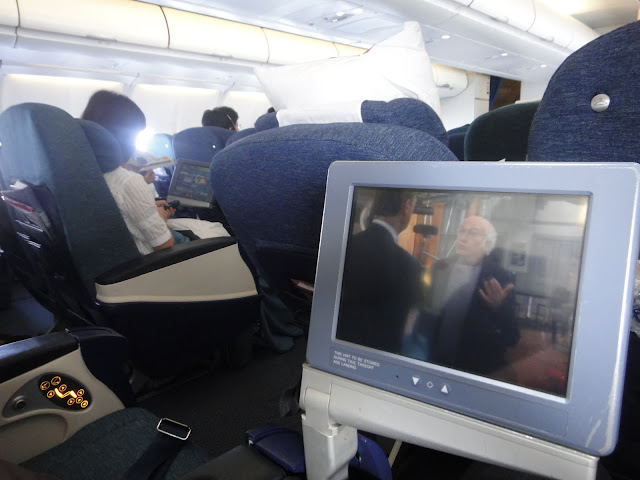 watching one of my favourite shows, Curb Your Enthusiasm 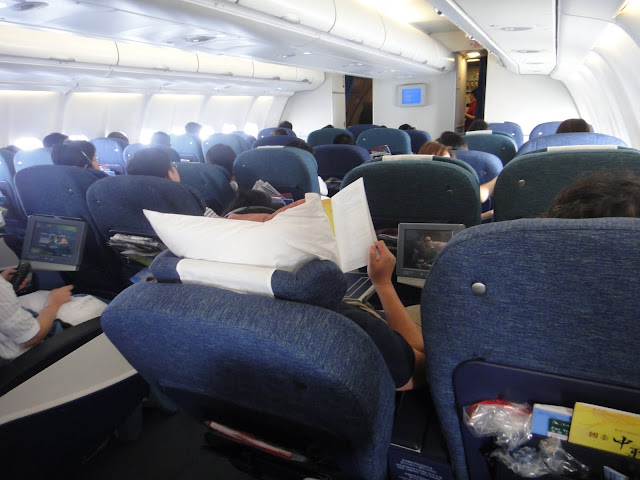 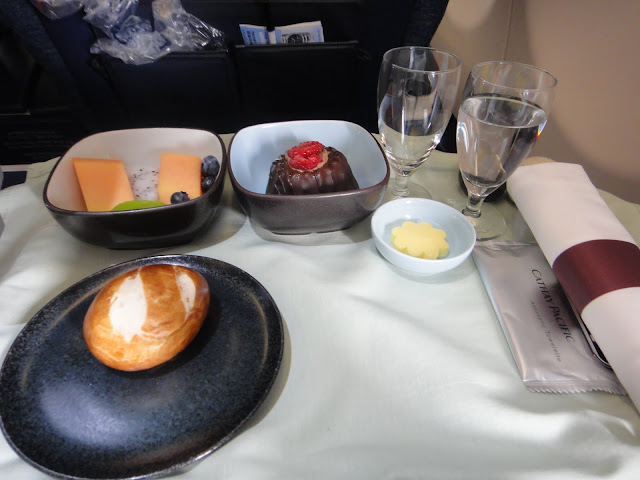 lunch service commences
It does seem that I forgot to photograph the menu. There was only 2 choices, one was fish, and the other was a vegetarian pasta dish. I took the pasta because I don't eat fish. Only ordinary bread rolls were on offer, no garlic bread or any other kind of bread. 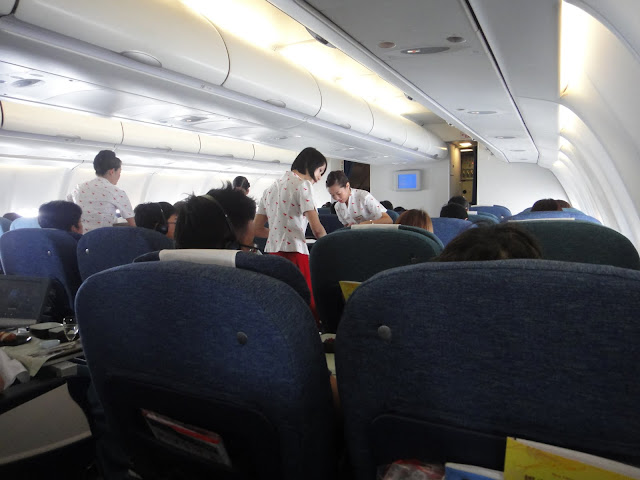 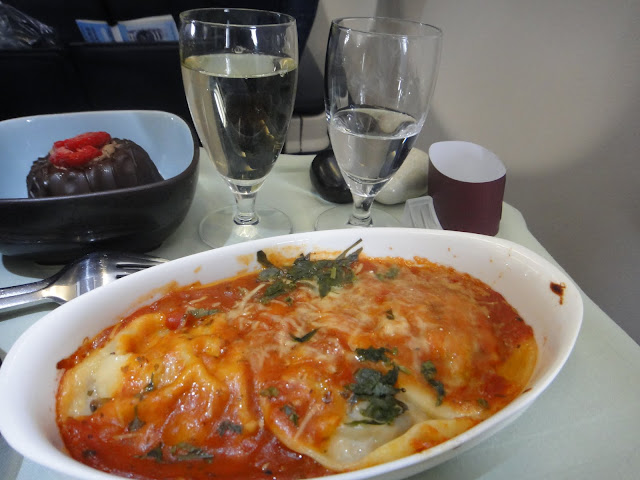 my main course, pasta
I kept drinking the champagne and had a couple of top ups. The main meal taste was not bad, I finished it. The dessert was a chocolate cake type thing, it was good, but a little too sweet. 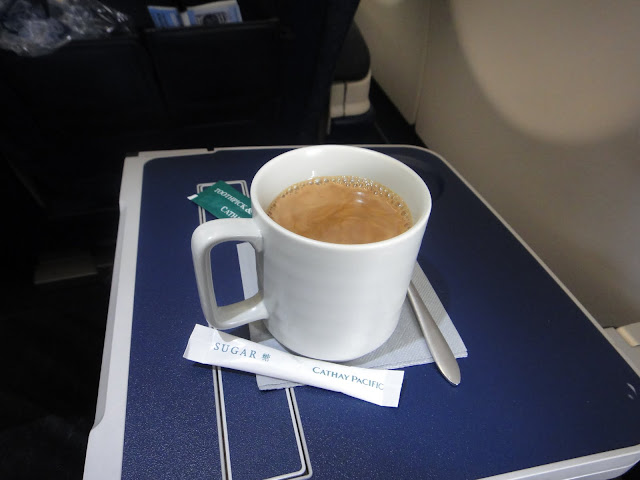 Coffee - havent stirred the milk yet

My tray was taken away as soon as I was finished the meal, and the tea/coffee trolley came out. I took a coffee. By this stage the captain had announced that our descent was about to commence. A few minutes later we left the cruise, and descended into Taipei. 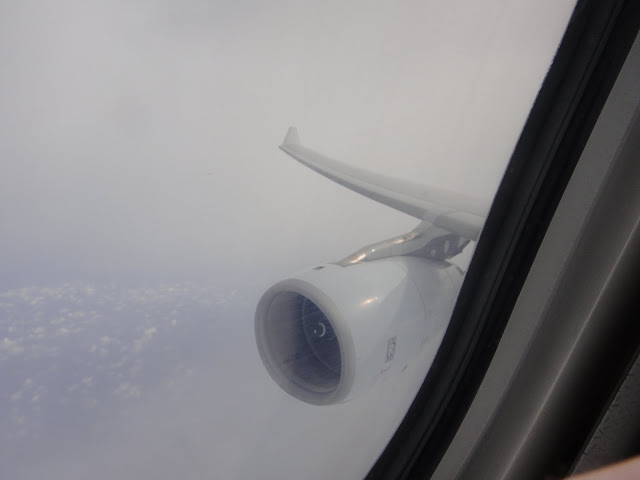 on descent
During the descent we passed by another airfield, I did a bit of research on Google Maps and found out it  is Xin Zhu airport and that is Xin Zhu city behind it. 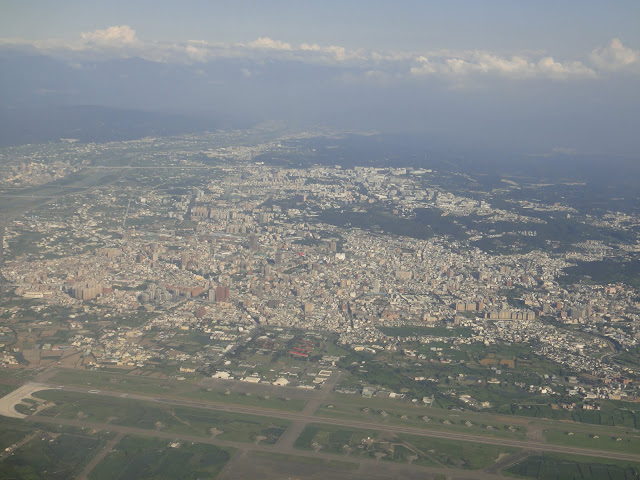 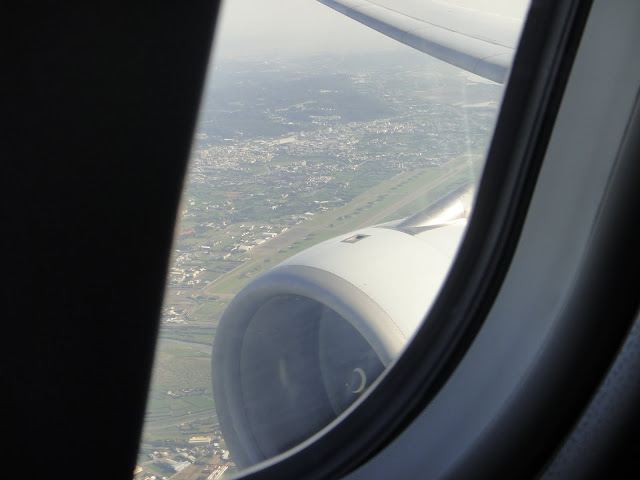 Xin Zhu
We made an approach fairly similar to the one I encountered last time with Thai Airways in Taipei, very slow for a very long final with the engines constantly changing to maintain the low speeds... or at least that is how it seems, I must check up on the Taipei approach charts to see if there is some rule about very low speeds for a long way out, or maybe it was simply an air traffic control direction  for traffic sequencing. 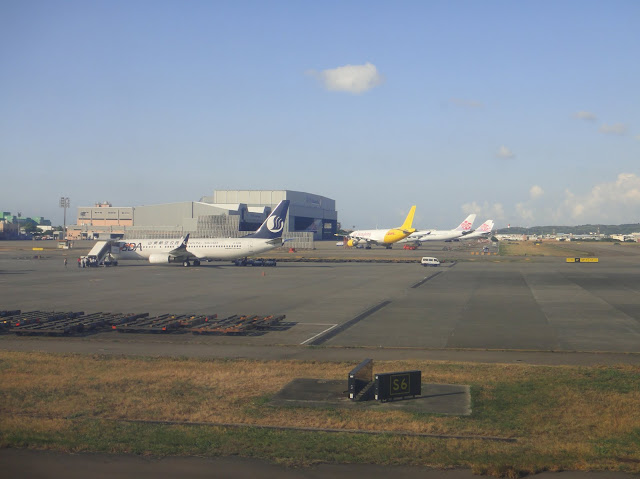 taxi to gate
We parked next to a TransAsia Airways Airbus A321. Disembarking was quick, the Fukuoka passengers were asked to remain on board to make the transit as short as possible. 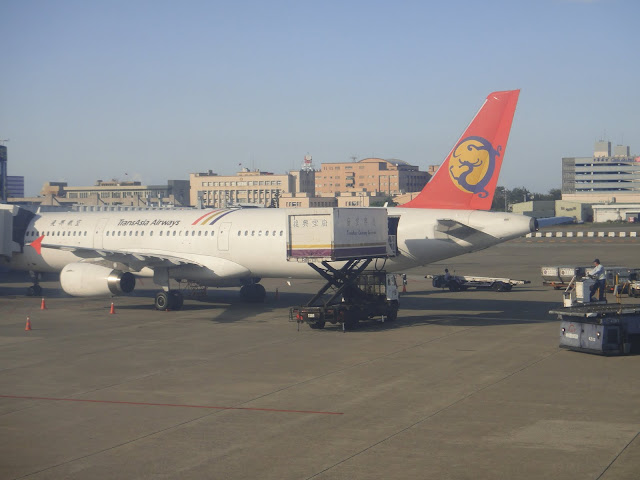 parking beside TransAsia A321
It was a pleasant flight, and you can't really ask for more on a 500 mile sector really! Food was ample for the time of day, champagne was good and service was excellent. Thanks Cathay! 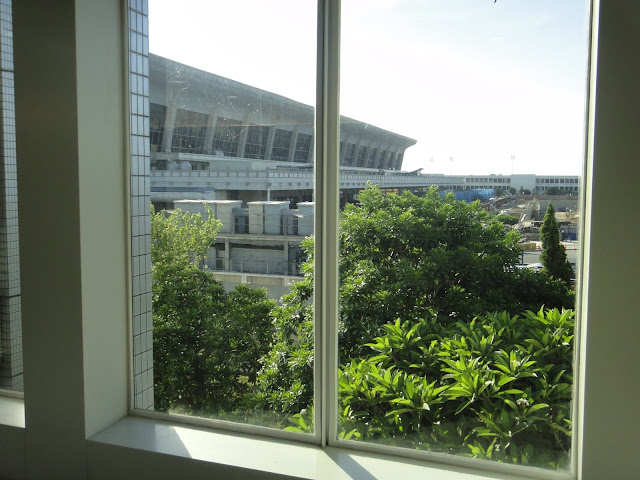 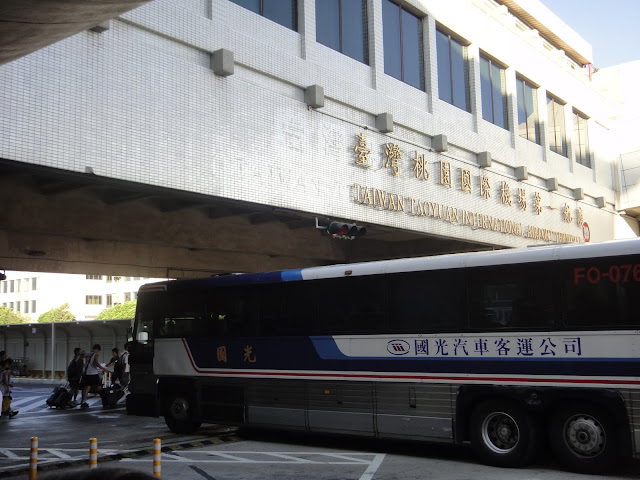