- December 17, 2013
In November I  took up an opportunity to travel by sea from Sydney to Melbourne via Hobart. This was a short re-positioning cruise operated by Princess Cruises and it was for 4 nights with 2 sea days and 1 day in port in beautiful Hobart, Tasmania. This is an ideal itinerary for people who are new to cruising and want to just give it a try, or for those wanting a quick getaway. This was my second cruise and I really enjoy them!

I arrived in Sydney on a Qantas Boeing 767-300ER. It was VH-ZXE which was Qantas' last Rolls Royce powered B767 and has since been taken out of service and retired. On approach to Runway 16R there was a great view of our ship at the White Bay cruise terminal.


The ship had just completed a circumnavigation of Australia and was preparing to head to Melbourne where it would be based over the summer doing Tasmania and New Zealand round trip cruises.  A great friend of mine drove us to the cruise terminal where check-in was already underway and we were able to board ahead of schedule at about 12.30pm.


For this short trip I had a basic interior stateroom on deck 11. The rooms are a decent size and older style but clean and tidy. There is a small LCD tv  with various tv channels and a live view towards the front of the ship. 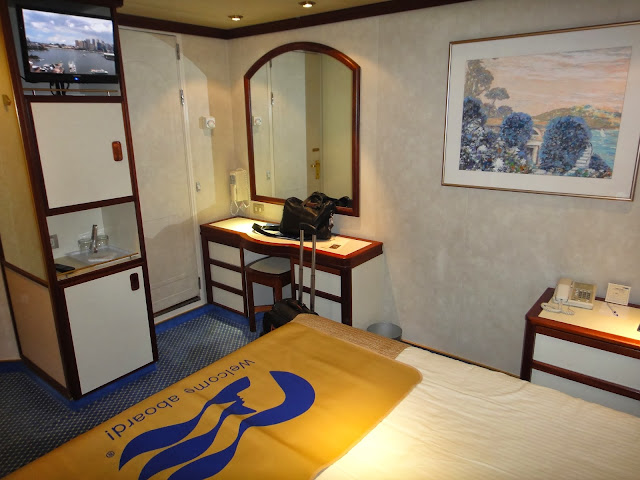 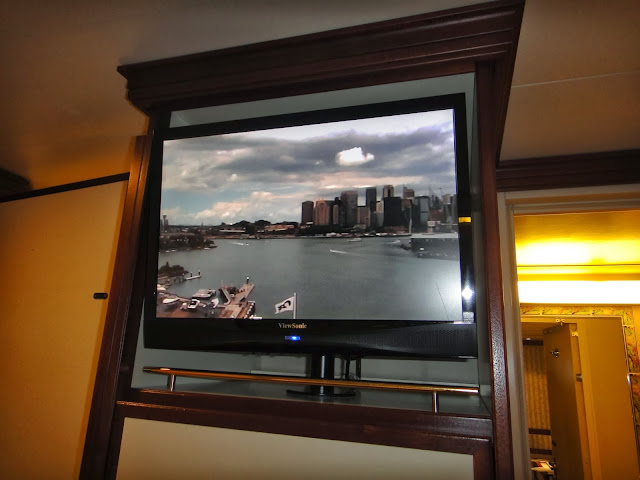 After unpacking it was time to have a look around and have lunch by the pool. 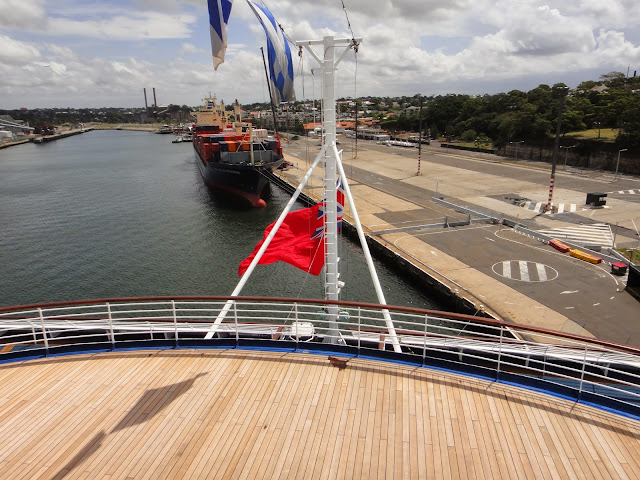 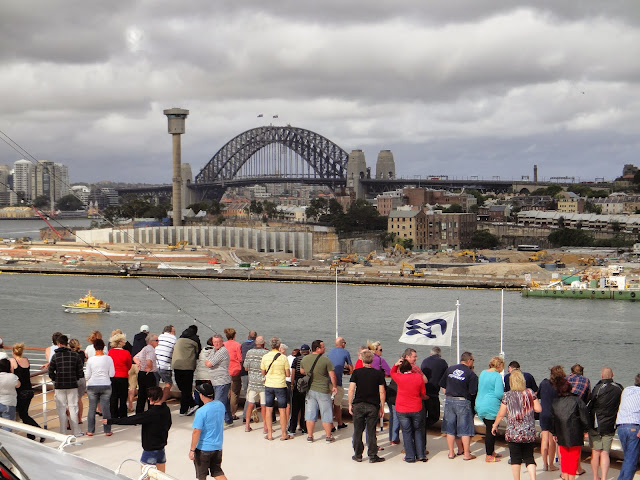 Eventually it was time to leave port and set sail for Hobart, sailing under the Harbour Bridge with just a 5 metre clearance. It was fantastic although the weather was cool and windy. It did not dampen everyone's spirits though and most people were enjoying the amazing views and sipping on cocktails. 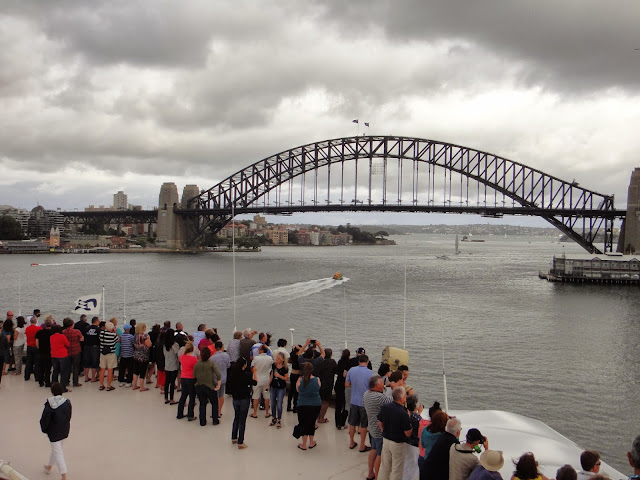 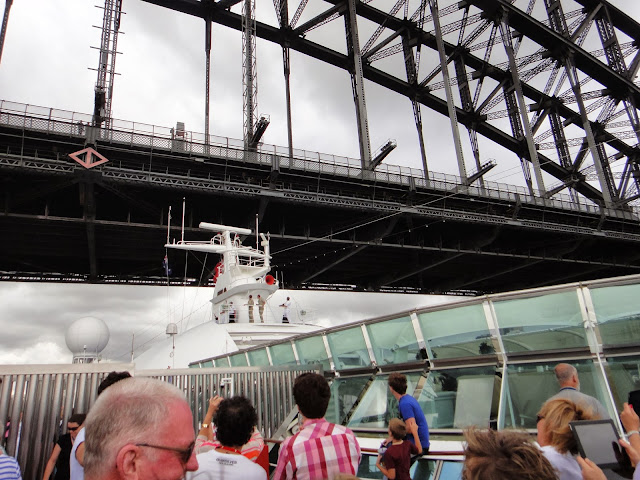 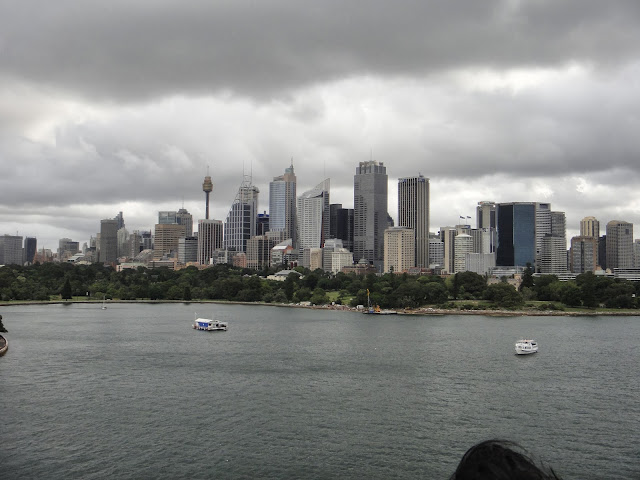 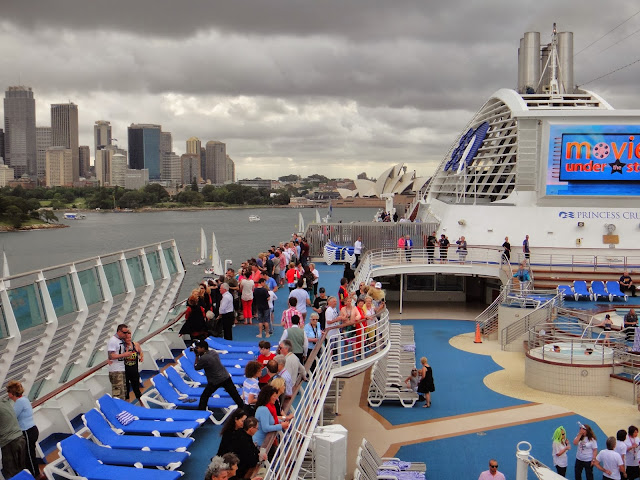 The next hour or so was spent checking out the various onboard bars and enjoying a few drinks. It was then time for dinner at our window table in one of the 2 main dining rooms. There are plenty of options and you can enjoy a 3 or 4 course dinner with really nice quality food.

After dinner there are shows in the theatre, live music in the bars and plenty of action in the onboard casino. It's like being in a small city.

The next morning I woke up and checked the moving map display viewable from the TV in the stateroom: 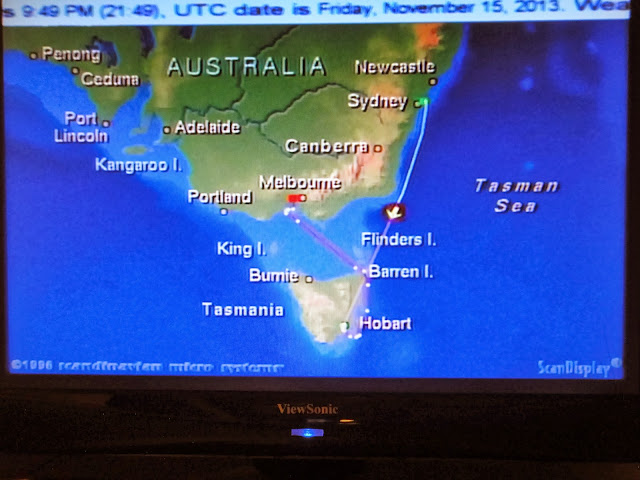 As you can see above it was a lovely day! There was plenty to do with various activities on offer, swimming, the spa, drinking and eating. Or you could just sit on a deck chair and read a book and watch the world go by!


It's worth mentioning that room service is available 24 hours a day and is completely free of charge! You can take breakfast in your stateroom which I did on one day and it came right on time as ordered: 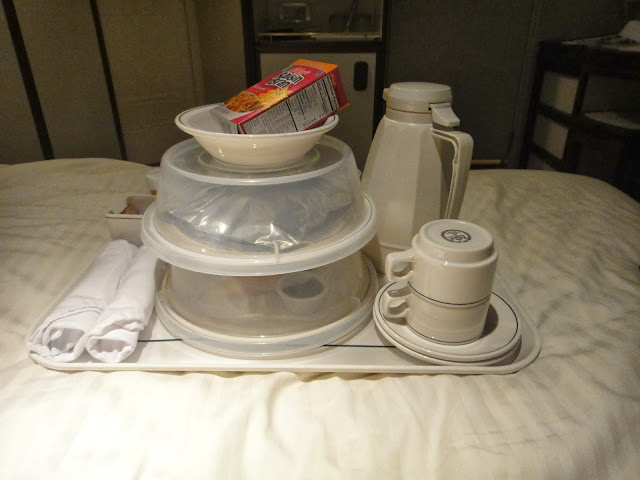 We arrived in Hobart on a beautiful day and made our way towards the town. Tour buses were waiting to take people to nearby attractions and my family and I went on a short 2.5 hour trip to the historic village of Richmond. 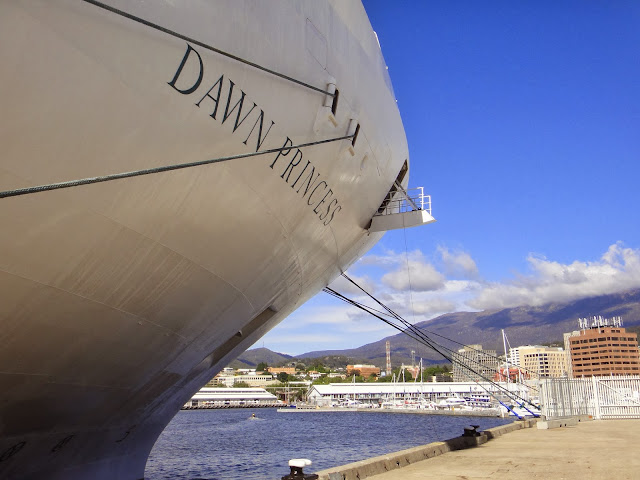 I came back on board later in the day after lunch in Hobart and exploring the city. 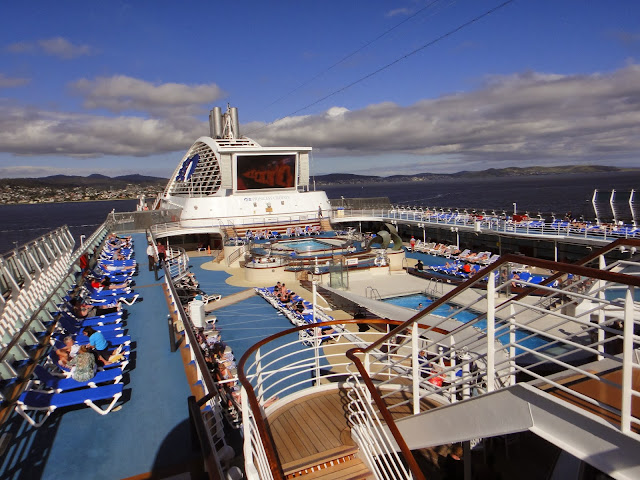 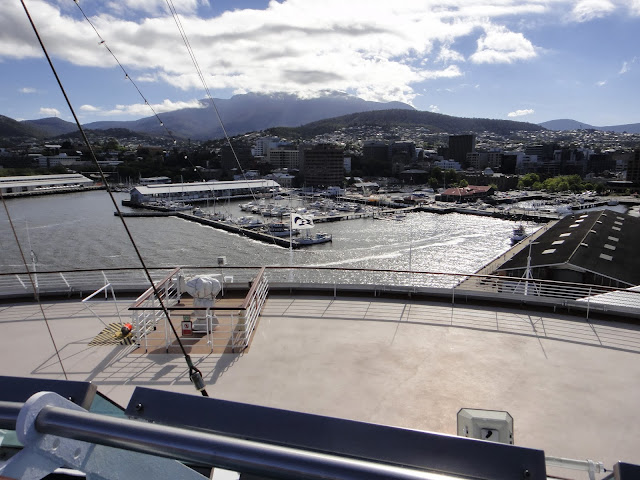 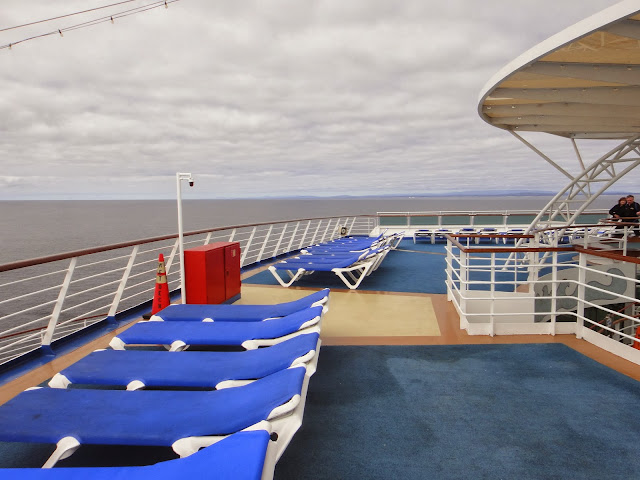 There was a deck party by the pool as we left Hobart in the evening. The next day at sea I took a visit to the spa for a haircut and enjoyed a jacuzzi and a sauna. 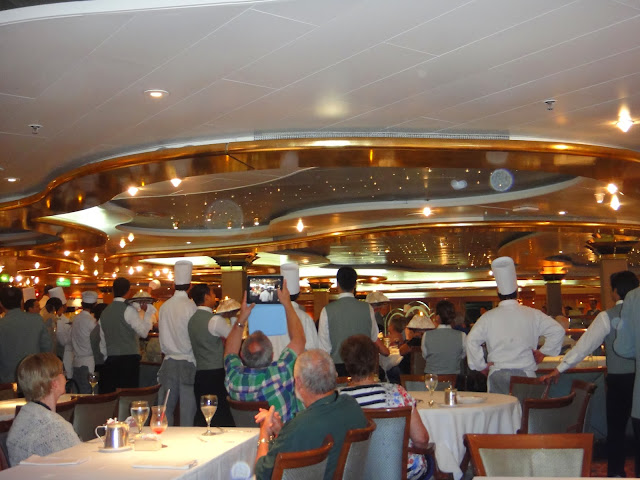 The 4th night was the final night and everybody enjoyed the farewell parade given by the kitchen and wait staff in the restaurant during dessert. I got up early in the morning to watch the arrival at station pier: 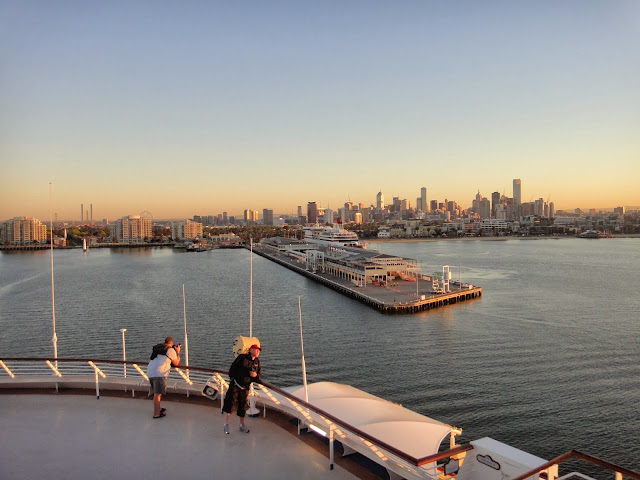 I had a great time on board and I really like cruising! Princess cruises staff really take care of you and you don't need to worry about a thing whilst on board! Hope you enjoyed this little insight into a different mode of transport  that I have never covered before on this blog. I'll write about it again the next time I travel by sea.
cruise ship princess cruises