- April 29, 2015
After arriving from Brisbane I headed to the Virgin Australia lounge which is conveniently located airside within the terminal. I stayed in the downstairs section. It was around 6pm so people were having dinner. I ended up with some fairly tasty nachos and a glass of white wine. 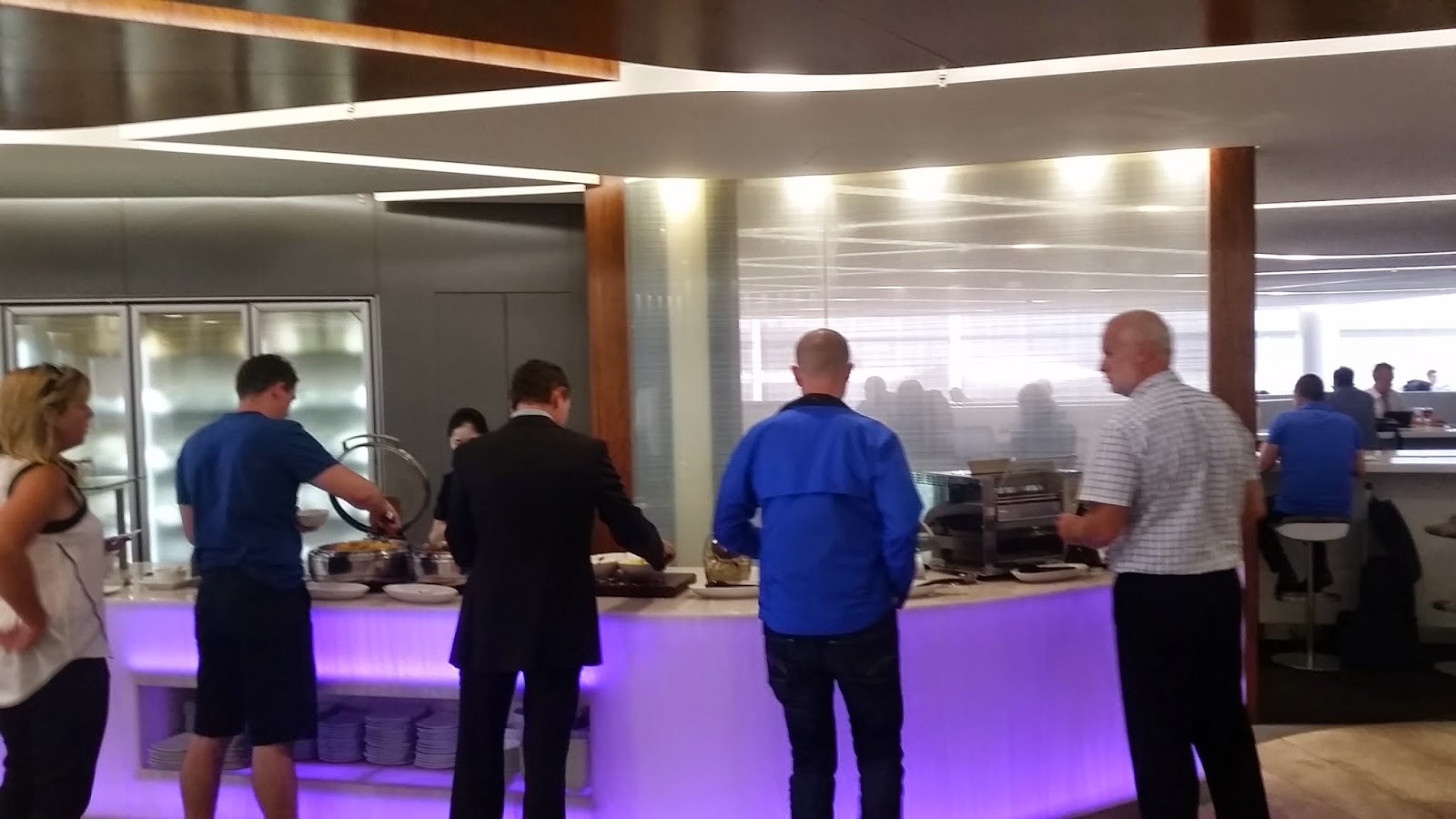 Soon flight VA882, the 7pm service was called for boarding and I headed to the gate to board another Boeing 737-800. I was again in seat 1F, and fortunately for me the seat beside me remained free again! A very friendly female flight attendant welcomed me on board and offered some juice or water. 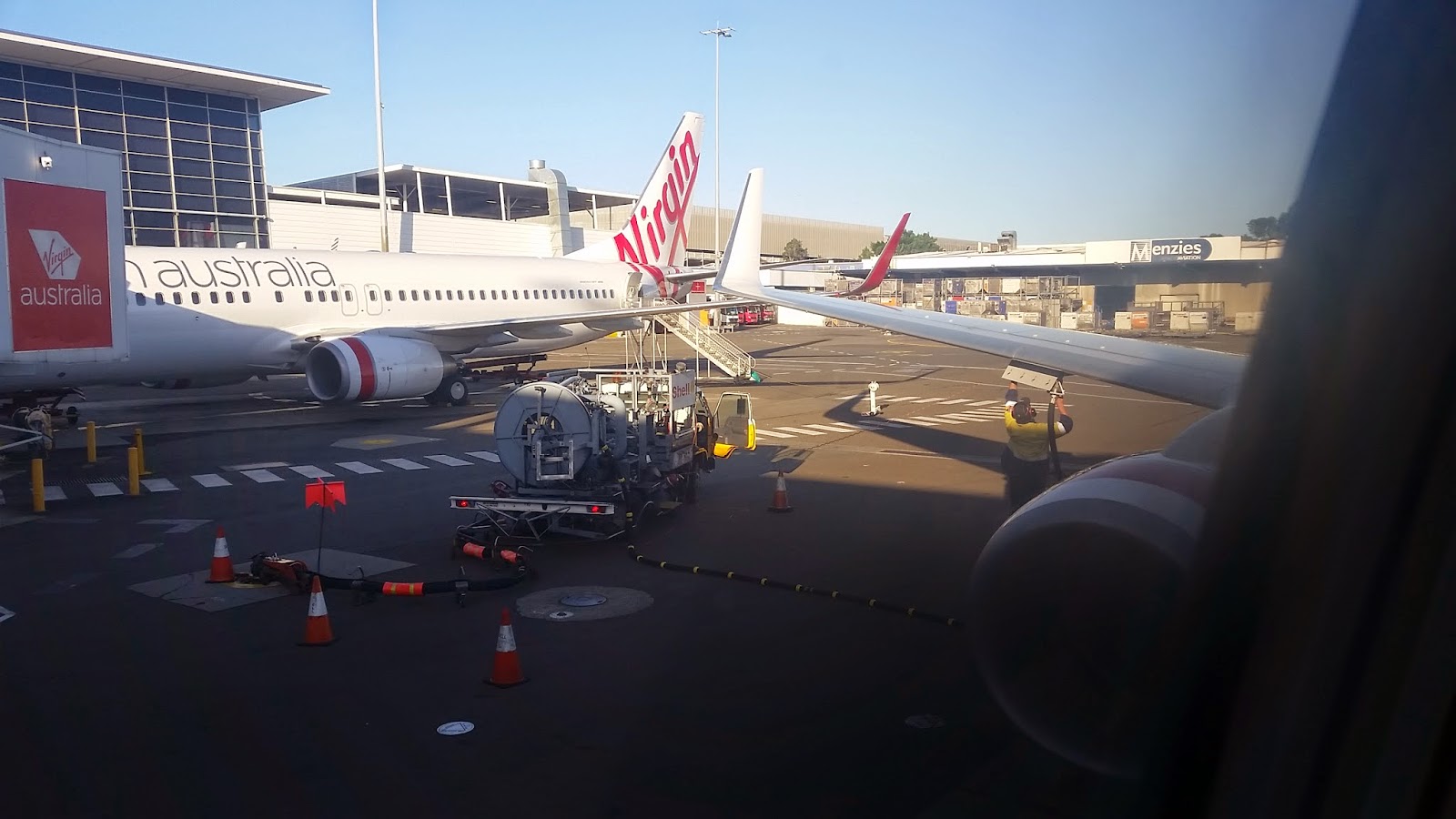 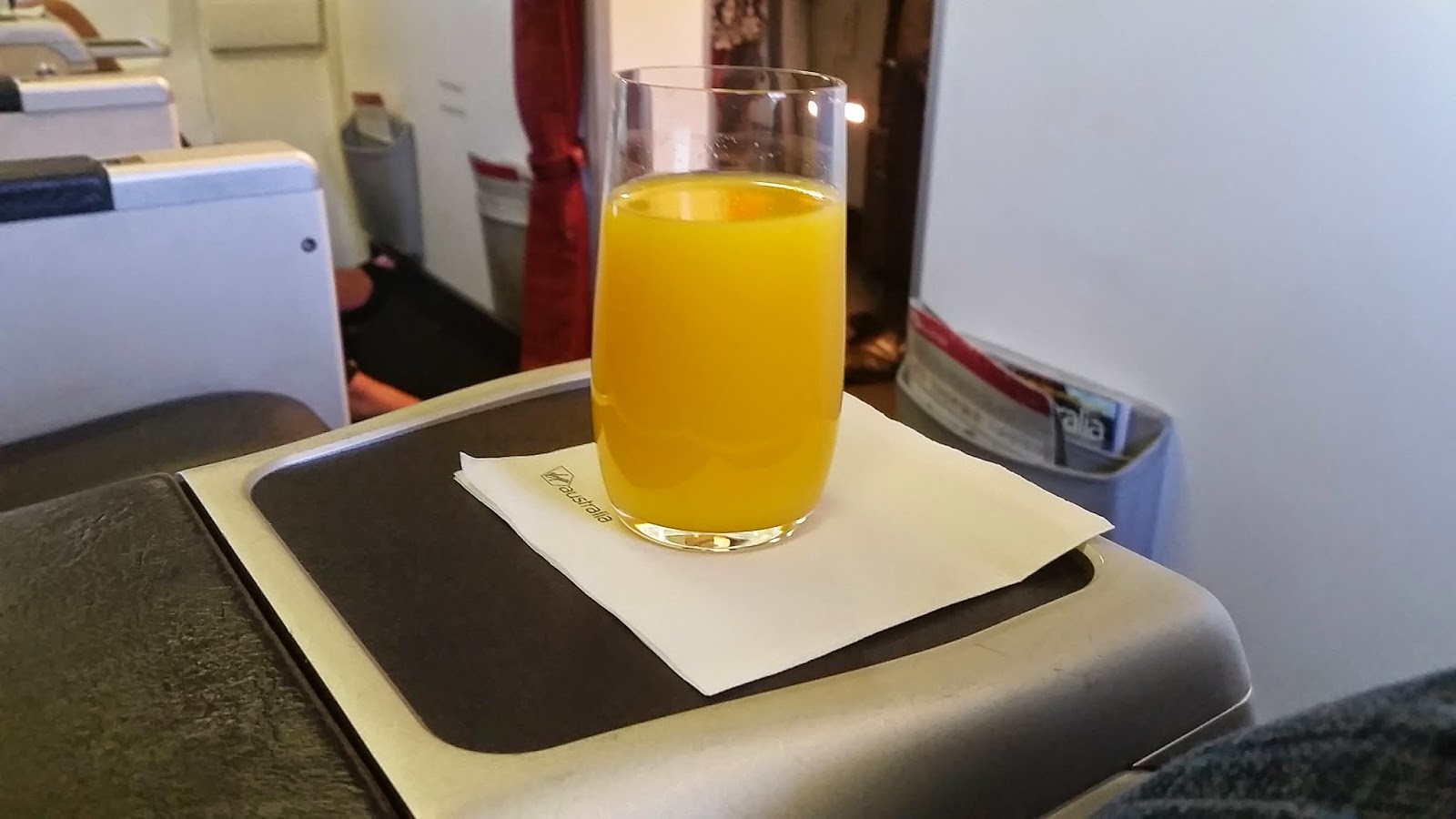 I've already shown you the seats in the last report, but here's the view across the row. Load on this flight was 6 out of 8, quite healthy. 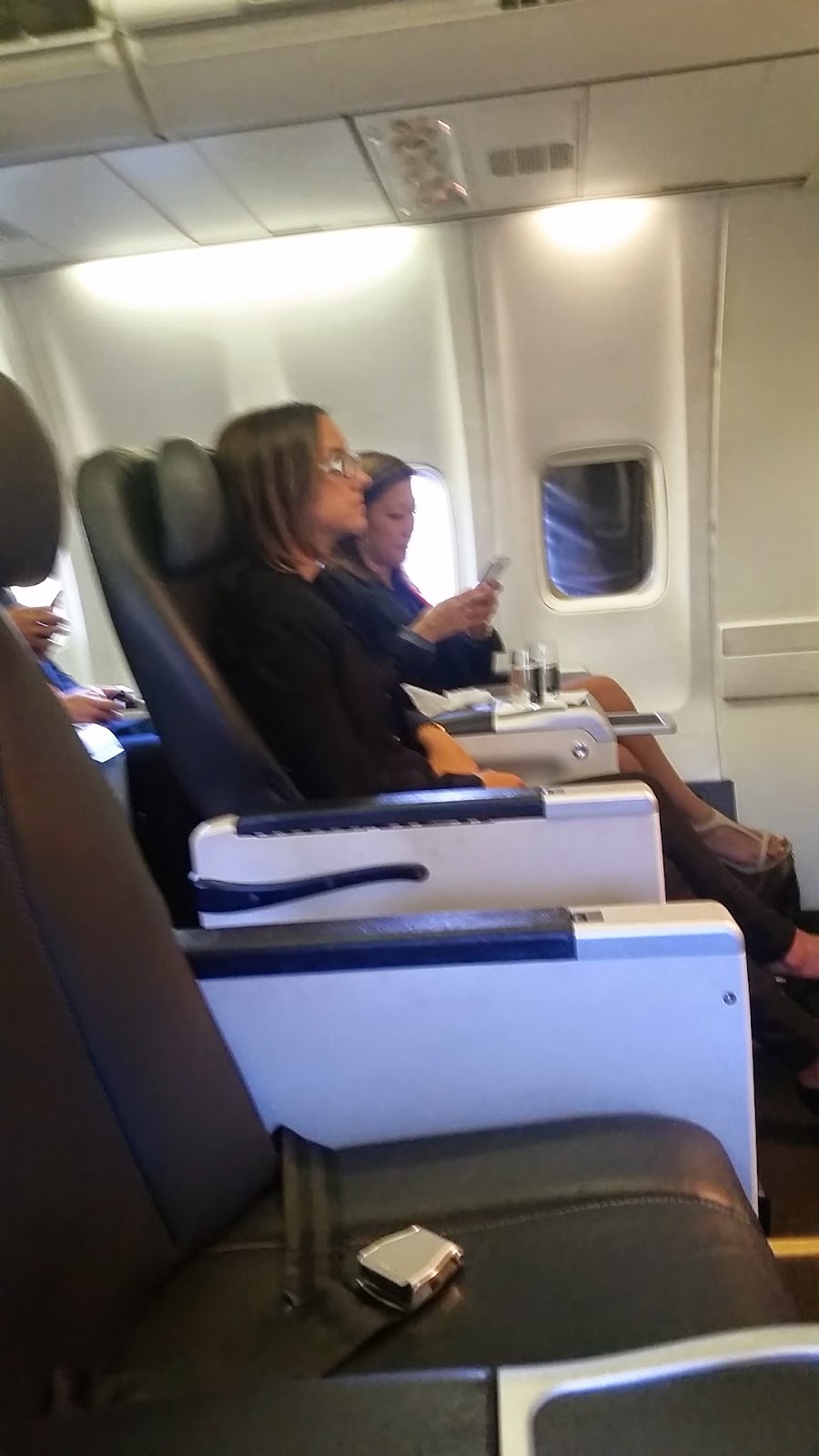 It was still summer when I took this flight so as we departed a little after 7pm, the sun was still up and I had a good view of the sunset throughout the flight. 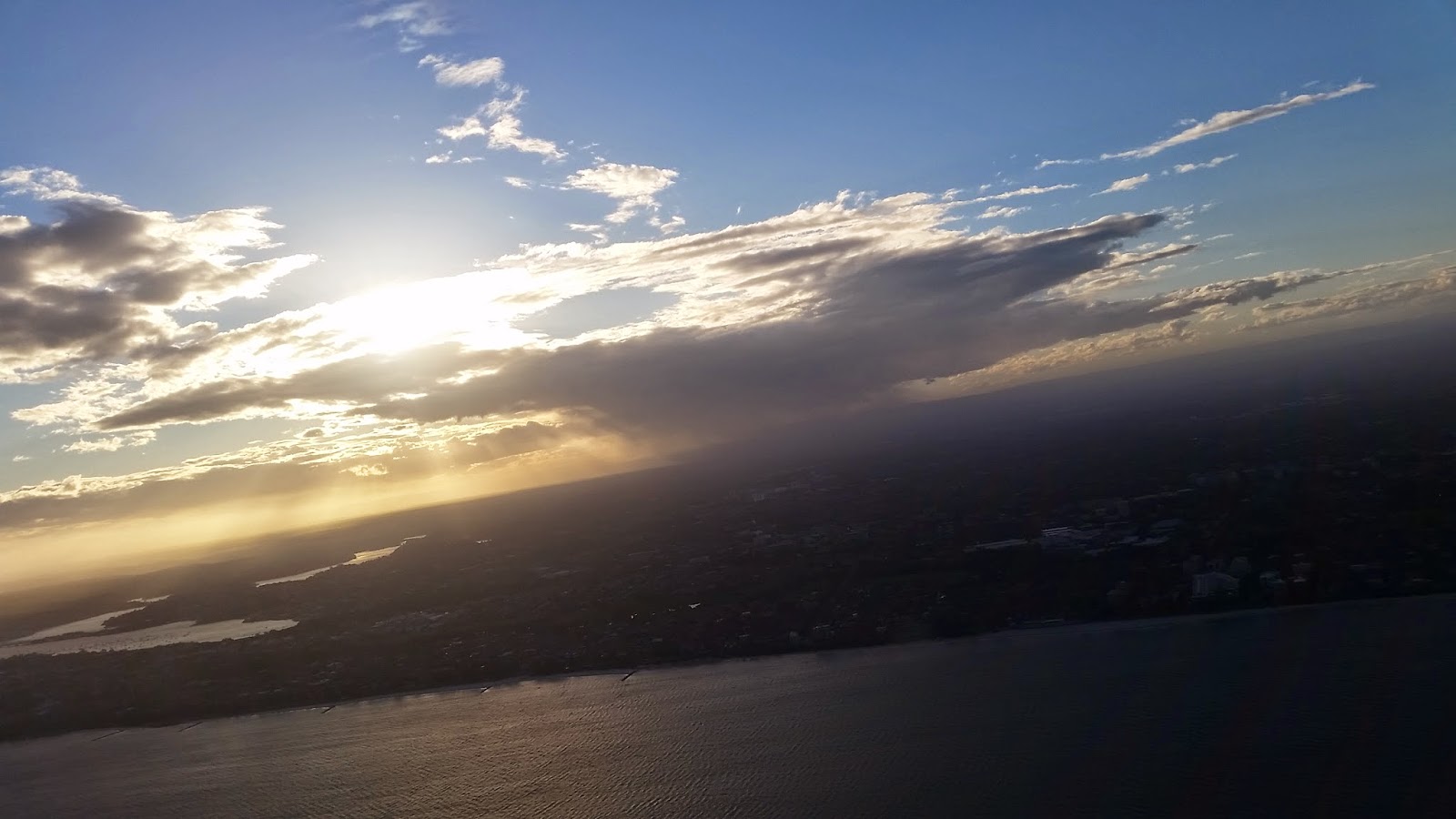 It took a while but eventually dinner was offered. There was a couple of choices and I took the chicken breast with broccoli. It came with cheese and crackers, a bread roll and a boxed  dessert. There was only 2 choices of white on this flight, still better than Qantas who only offer one. 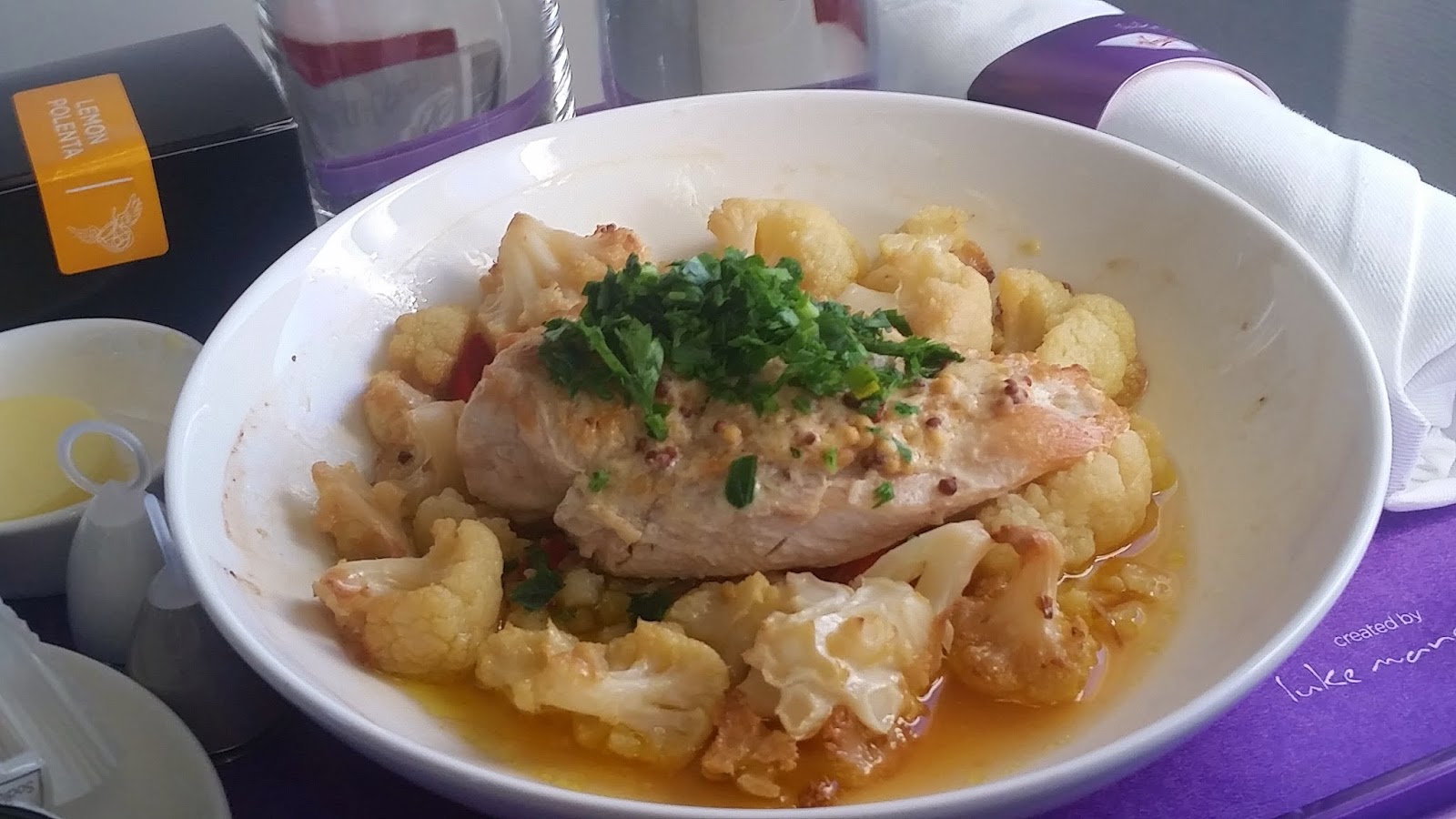 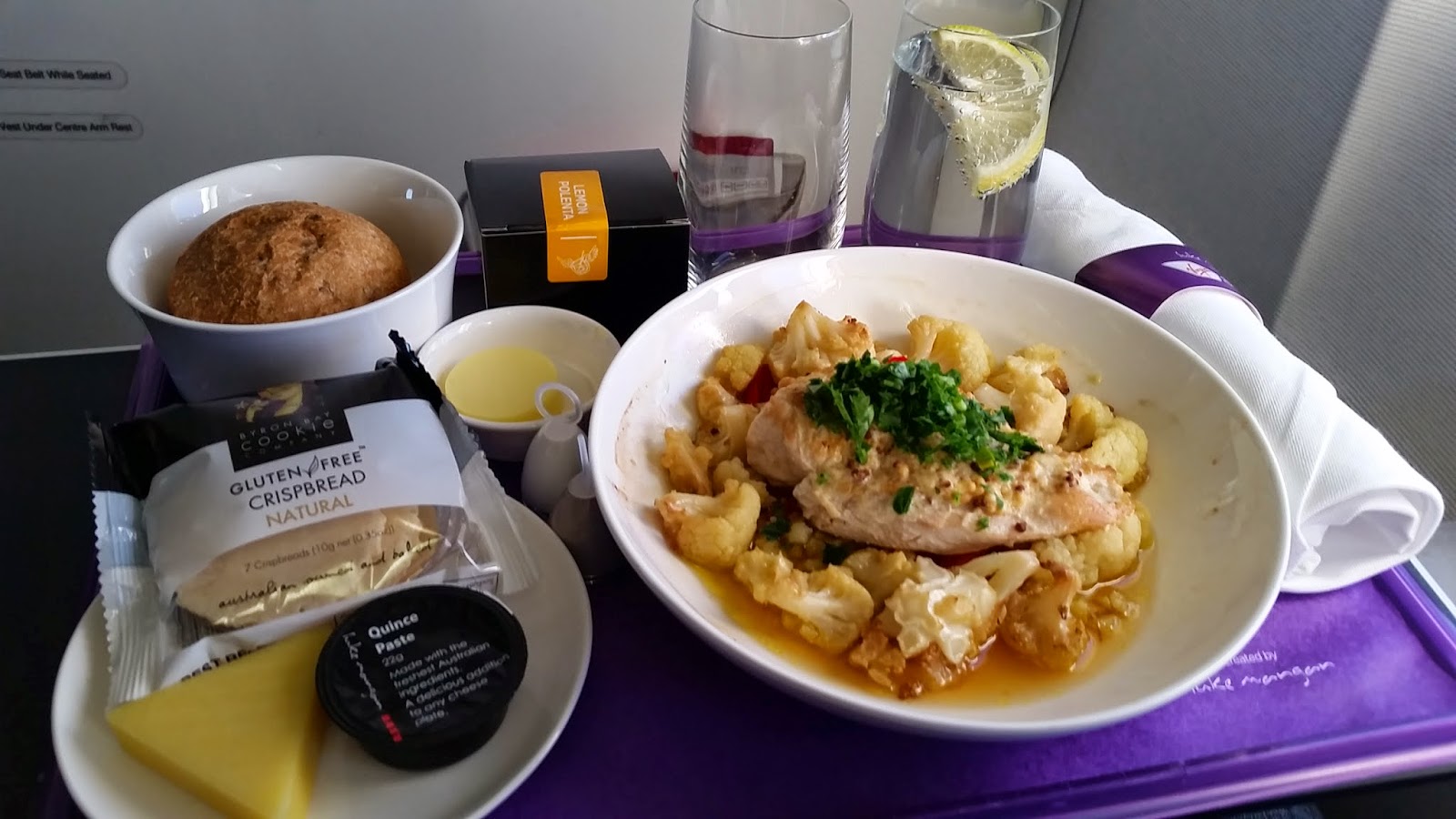 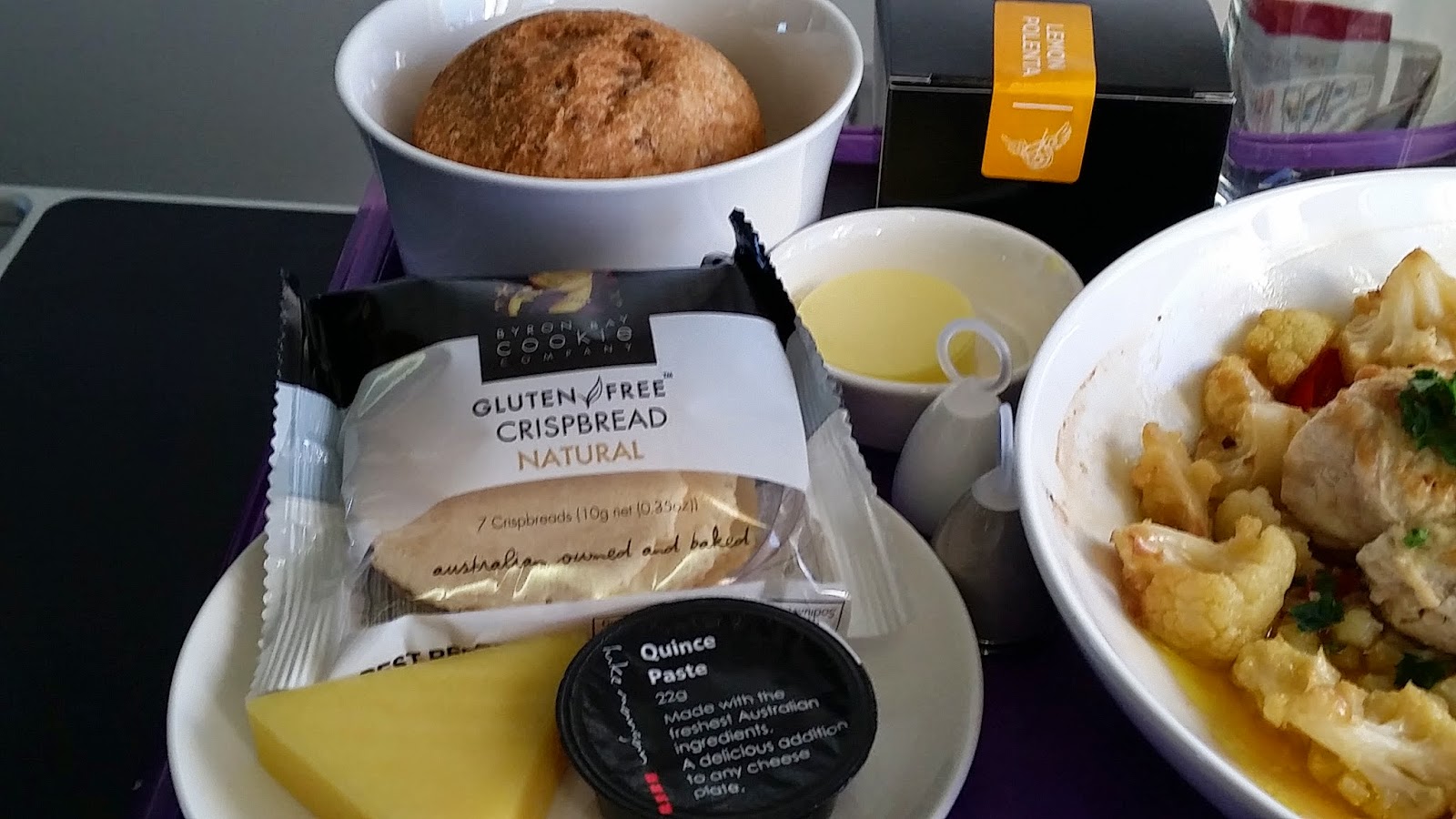 I think the meal presentation was stunning for what is a 65 minute flight. Really good quality and very tasty. Qantas has  something to learn from Virgin now in terms of inflight catering on short haul. Virgin has stepped up and is now a clear leader. I was not offered the snack menu I had  heard of,  but the meal itself was plenty for this flight. The flight attendant was very enthusiastic and was always on hand to ensure I had everything I needed and to top up my wine regularly. Great service.

Soon enough though we were on descent to Melbourne and landing in the last glimpses of sunlight.... 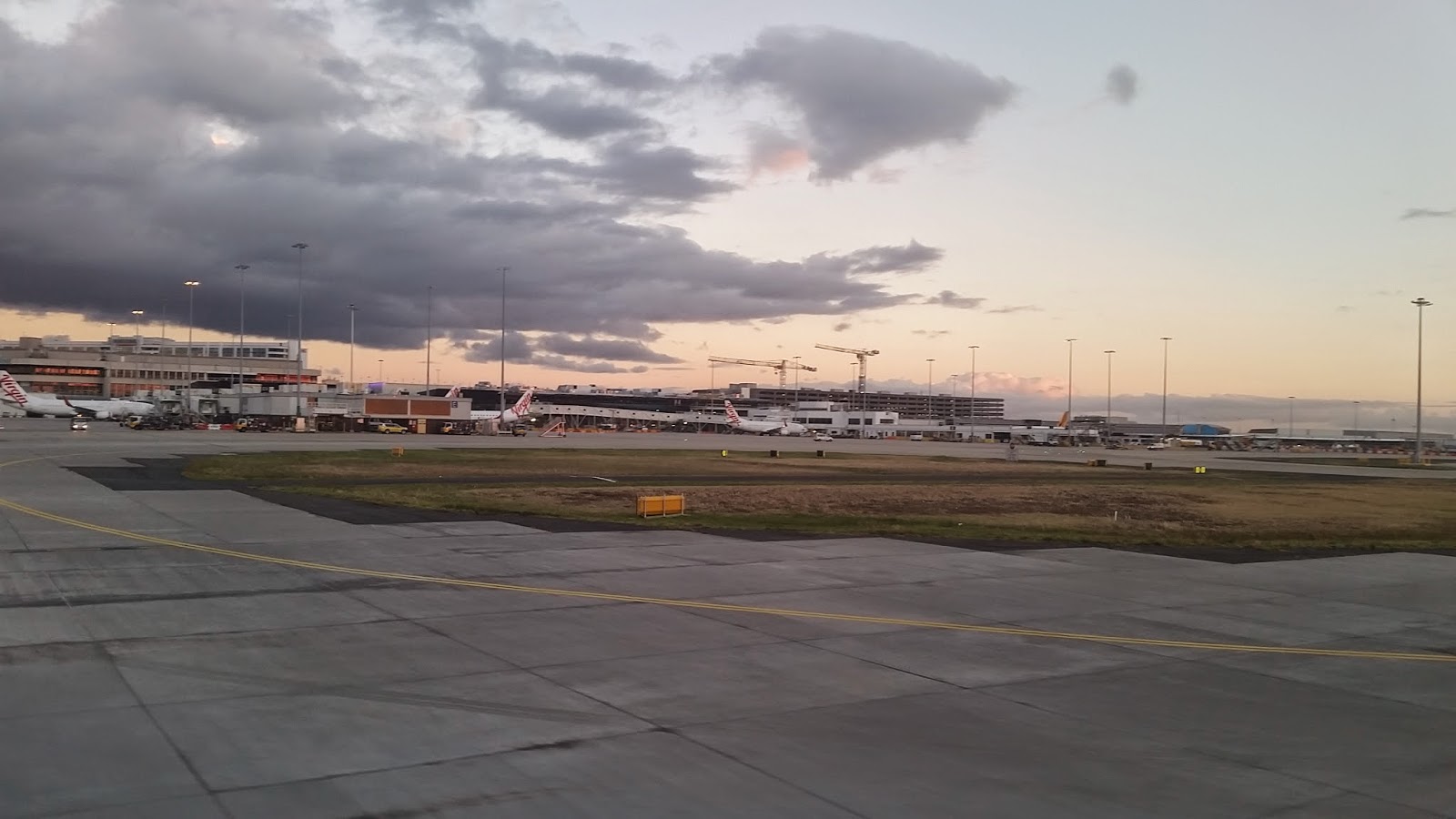 Overall a terrific flight, great good, great service and the flight was on schedule. Can't fault them really.


So now the final verdict. Has Virgin outshone Qantas on short haul domestic business class? Well, yes and no. I still  think Qantas has the upper hand in terms of the seat, simply because they offer the leg/foot rest that Virgin don't. However in terms of catering Virgin is the clear leader now. The additional choices of wine and the stunning presentation of the meals just makes it better. Having said that, Qantas is still great but I think they have  some catching up to do.

I was a little disappointed on the Qantas B737 flight that the curtain between business and economy was not closed, I think it's important to do so to add to the exclusive feel of the cabin and to provide exclusive access to the forward lavatory to business class. I think Virgin does well with their barrier between the cabins.

Entertainment is a lot more consistent on Virgin, wifi streaming seems to be offered on almost all  their aircraft, and in business they will supply a device to watch it on if you don't have your own. Qantas only offers AVOD on some of its B737 fleet, with the rest having LCD screens overhead. However this will soon change  when Qantas installs BYO device wifi streaming entertainment on those aircraft starting mid 2015.

All in all I think we have two first class domestic carriers here in  Australia, and I'd be happy to fly either in business class.
Boeing 737 business class trip report virgin australia