My recent trip saw me taking advantage of some good business class airfares out of Colombo, Sri Lanka. To get there I flew Melbourne to Bangkok then on to Colombo with Thai Airways. The Bangkok to Colombo sector operates daily as flight TG307, with the Airbus A330-300. Unless there is a last minute equipment swap this 3 hour sector operates with the angled lie flat business class seat, as shown below (from a previous report): 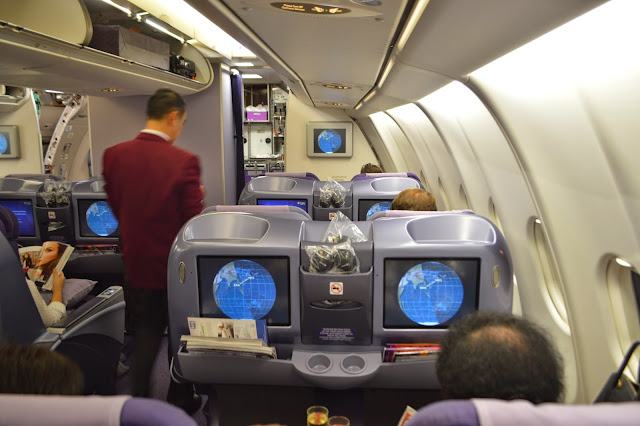 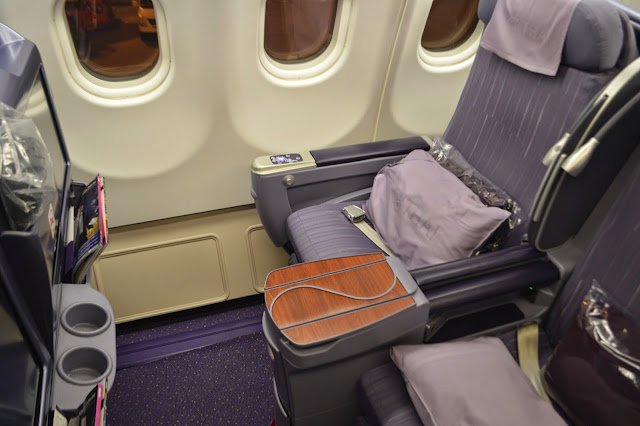 During the transit in Bangkok I enjoyed a complimentary 30 minute foot massage at the Thai Airways spa, then a short visit to the D concourse lounge. At around 9.30pm I made the trek down to gate D8A for the 10.10pm departure. The gate was a zoo, since the flight was fully booked in economy. There did not seem to be any queue for business class passengers so I just lined up, but eventually a staff member came down the queue asking for anyone in business class or who was star alliance gold to come forward. A few minutes later I was on the bus and being driven across the airport to our aircraft.

I suspected we were going to be delayed but despite the crowds we pushed back just 2 minutes behind schedule and departed into the night sky. Even though it was coming up to 11pm a full dinner was served. My companion and I were in row 11, the bulkhead seats on the right hand side. Here is the dinner menu: 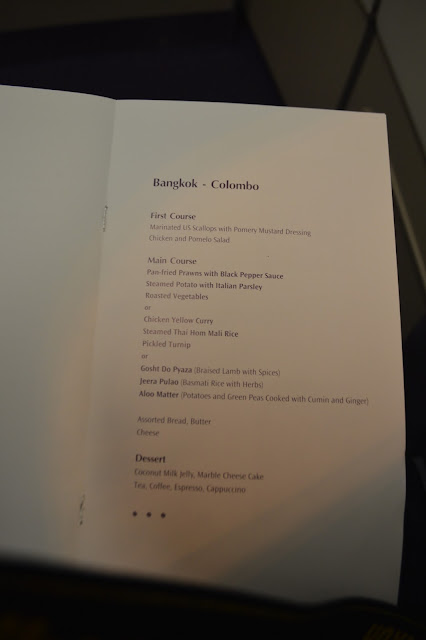 So the menu said we were getting pan fried scallops but instead we got some prawns and some kind of cold Thai chicken salad as a starter. Both were quite tasty. This first course was served at the same time as the nuts which were meant to be eaten as a pre-dinner snack with drinks. Also on the plate was crackers and cheese. 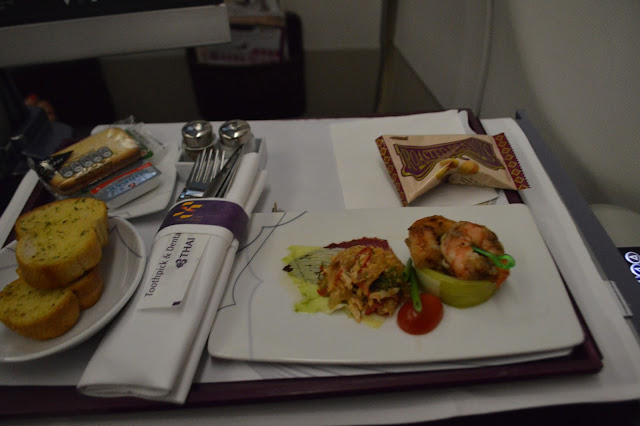 Breads were offered and I took the garlic bread. The older serving ware is in use on these regional flights, it's not as nice as that offered on the previous sector Melbourne to Bangkok. I had the Thai yellow curry chicken as my main: 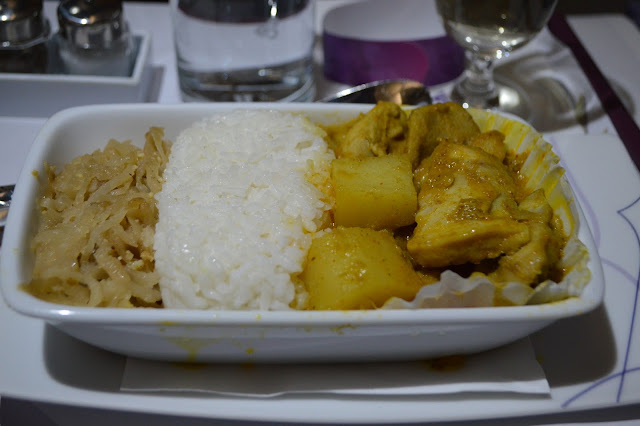 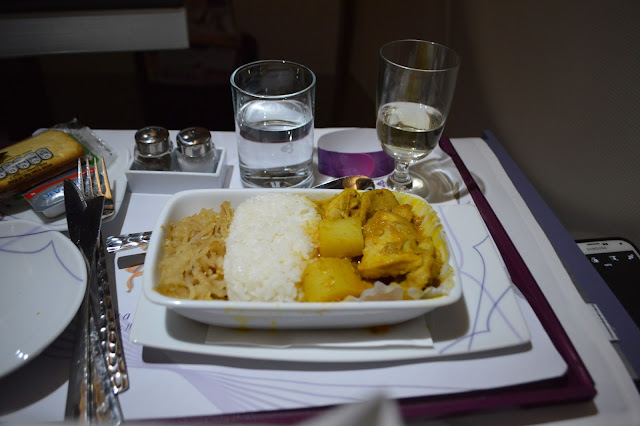 My companion had the Indian option, a lamb curry: 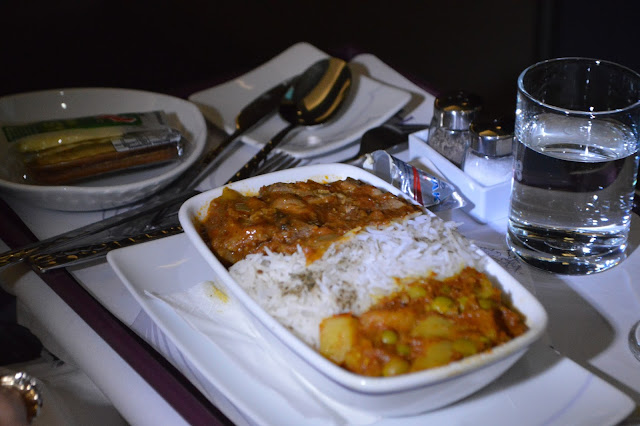 The presentation is pretty awful, and is identical to economy. The taste was quite ok and the service was good too. Once the trays were cleared a couple of mini desserts and some fruit were provided: 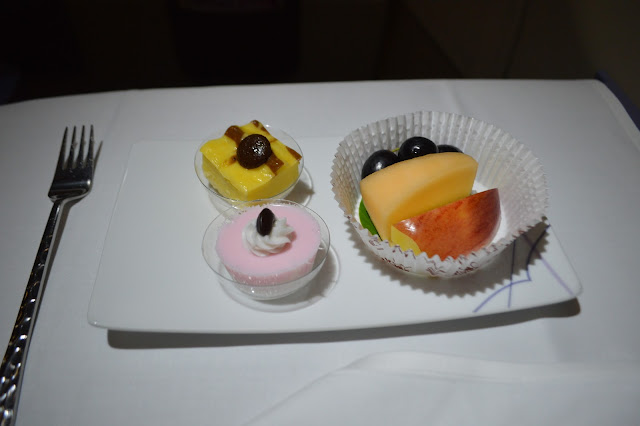 Dinner was over within about an hour and the lights were dimmed and most people nodded off to sleep. I kept watching shows on the AVOD system and drinking white wine. I had expected the crew to forget about me but to my surprise they came and refilled my wine regularly. In fact I was drunk by the time descent commenced! All very good really.

We arrived on time in Colombo right on midnight and headed in to the city for the night. All in all a reasonable flight, seats are great for a 3 hour sector, the dinner is basic but quite reasonable and the wine was quite nice. Service was exceptional. Thanks Thai!