- October 28, 2015
Sometimes when I feel like more of an 'adventure' I fly Sydney to Melbourne via Canberra, that way I can ride a B717 or a Q400 instead of a boring B737 or A330. It costs the same amount of Qantas points for an economy redemption whether you go via Canberra or direct (8000 points).

A few months ago I did just that, here is my Q400 preparing for the trip: 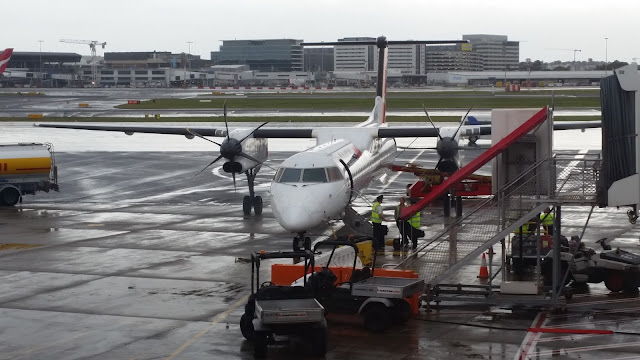 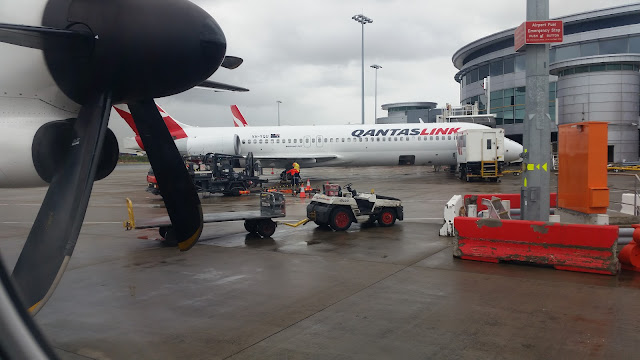 It was a bit cloudy on the departure: 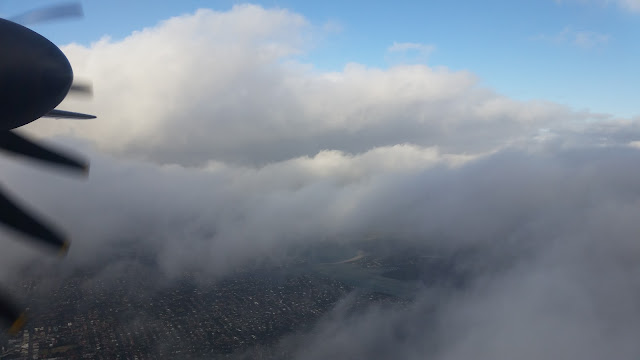 But we were soon up and above that for the 35 minute sector to Canberra... 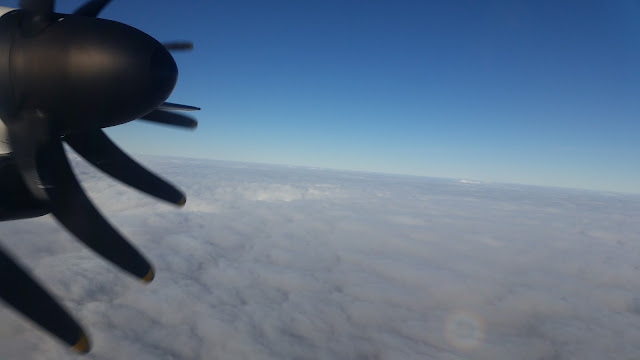 Despite the fact this is such a short flight, a snack service is offered by the two cabin crew. A selection of hot and cold drinks plus some cookies were offered today. 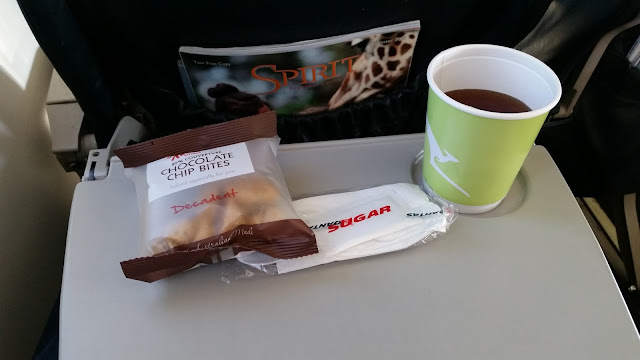 I find the leg room is great on these aircraft, probably better than that on a 737, or at least it seems so. 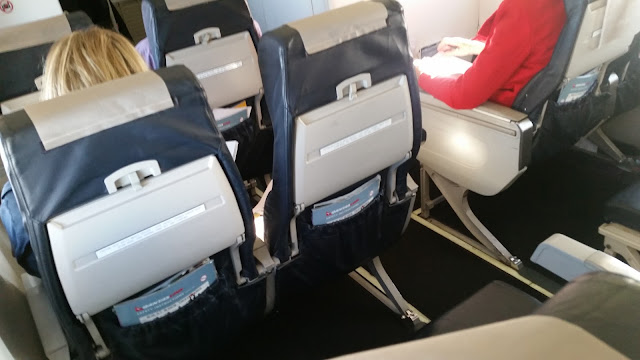 All in all, a great way to fly between Sydney and the nations capital. I would like to see what the ATR is like on Virgin next time though!