- June 13, 2016
This post follows on from Part 1. This second report was for my return to Perth from Albany, on the Virgin Australia (Skywest) Fokker 50.

I arrived at the airport a bit over an hour before departure and checked in for my flight to Perth, I was continuing on to Geraldton so I got the boarding pass for both sectors. Then it was through security where I was amazed to see that it took 3 security staff to process this small flight. It must be a costly process, and is something REX manages to avoid with it's smaller Saab 340 aircraft since they took over the route earlier this year.


There is a small cafe in the terminal at the departures area, so I had a cappuccino while I waited for the aircraft to arrive from Perth. Soon enough, it appeared out the window: 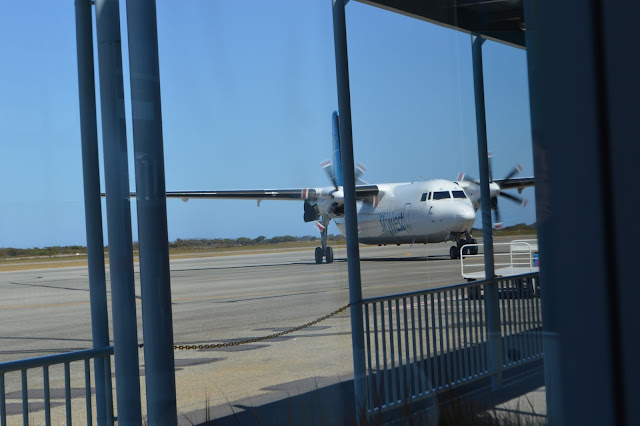 This time the flight would be on VH-FNH, a 1988 build and one of the former Ansett fleet. This was very exciting for me, as I believe I flew on this aircraft back in the early to mid 90s between Sydney and Wagga, when I was just a teenager.

Boarding was called and we made our way to the aircraft, I took 9G this time, for a nice view of the engine and landing gear. 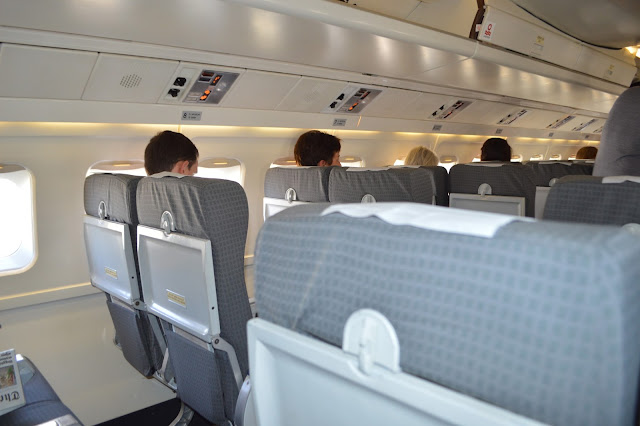 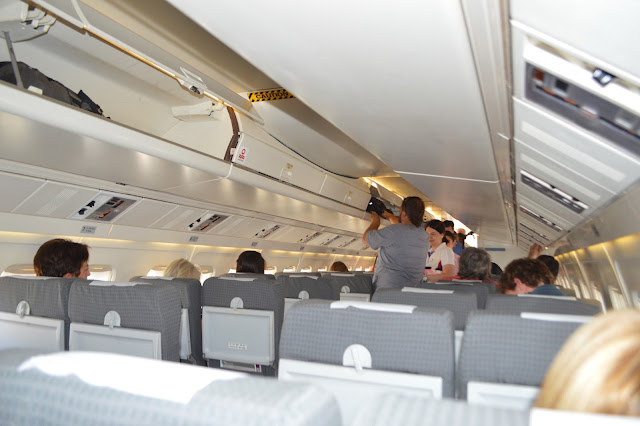 Despite this aircraft rapidly approaching its 30th birthday it was in good condition, the seats were comfortable and the legroom was amazing. I was very happy to have no seat neighbour as well. A very pleasant experience all round.

Soon we were welcomed on board by the cabin crew and the captain for the 1 hour flight to Perth, flying conditions would be smooth with great weather.

The standard Virgin Australia short haul daytime service was available. A buy on board menu plus a complimentary snack/juice/water/tea/coffee service.

I had an orange juice, cup of tea and took the complimentary small pack of biscuits. Perfectly ok for a flight of this length. An hour after departing we were on descent to Perth...

Another fun flight on the Fokker 50, now a part of history for Virgin Australia and for Albany!