- July 04, 2016
Just before Christmas I flew over to WA to fly on the Fokker 50 before they were retired from Virgin Australia's fleet. I happened to find myself in Geraldton, an interesting town with some interesting characters. Having flown 3 sectors on the F50 it was time to go back to Melbourne and I redeemed some Qantas points to do it. The routing was Geraldton-Perth-Melbourne and the first leg was on the Fokker 100. This would be a first flight for me on this aircraft type which has become the standard type in use in the WA mining market. It's an aircraft that is long out of production and most airlines have retired it (or are in the process of doing so) but it's somehow found a niche here in Australia and in particular, Western Australia.

Qantaslink recently stopped flying the Q400 in WA and to replace it they are now using Network Aviation Fokker 100's. Network is a subsidiary of Qantas Group and they operate as Qantaslink flights.

I arrived at the airport in my rental car and had a look at the small but modern terminal: 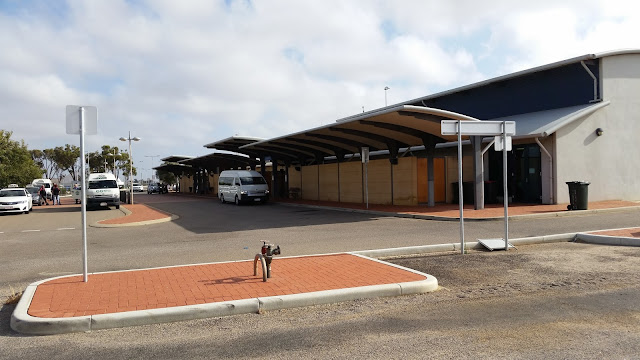 There are a few operators here including Qantaslink, Virgin Australia, Skippers and possibly some other smaller charter operators. Here is the check-in zone: 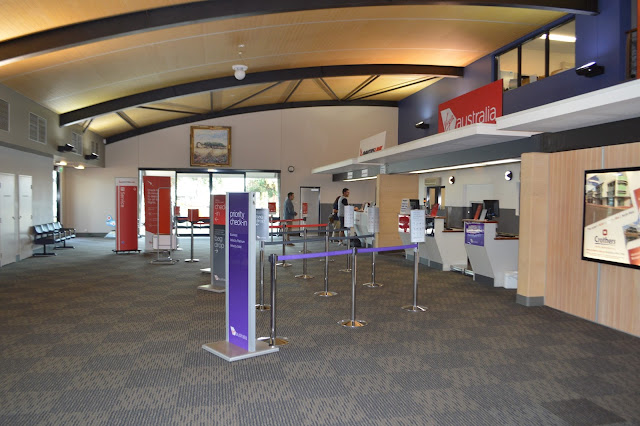 Whilst taking photos around the airport I was challenged by a woman who said she worked for the airport and she wanted to know why I was taking photos as if there was some problem with it. She wanted to know if I was from the media and whether I had permission. I said I'm not from the media and nor do I need permission. She told me to make sure I don't take photos of any people as 'they don't like it, and we get complaints'. Well sorry lady, but it's a public place and there is no law saying I can't take photos here! I ignored her and moved on.

There is an outdoor area for plane spotters to check out the activity on the tarmac:


My aircraft arrived from Perth, it was VH-NHJ and still in full Network Aviation colours. I believe they are to be repainted in the Qantaslink colours at some stage. This particular bird was 22.5 years old at the time of this flight and formerly in use with Avianca in Colombia. 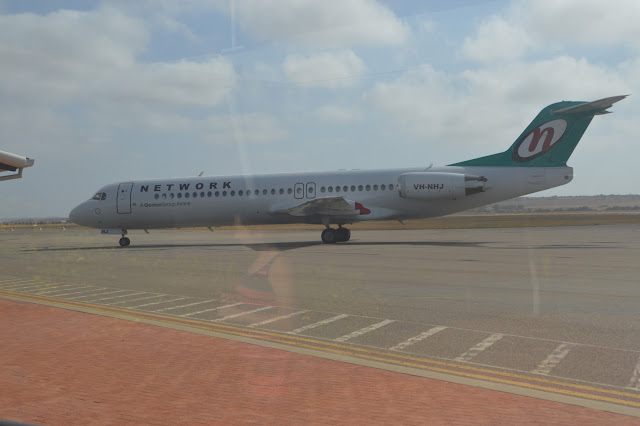 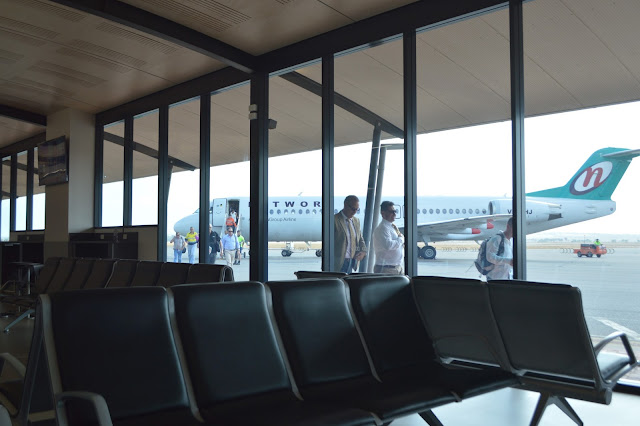 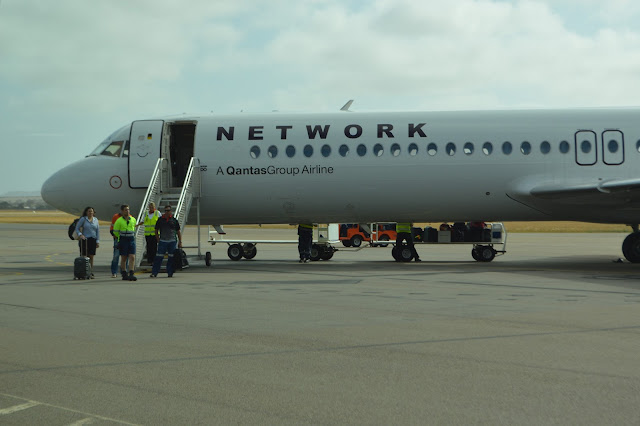 When it was close to departure time I proceeded through security and into the departure gate. Soon enough we crossed the tarmac and climbed on board: 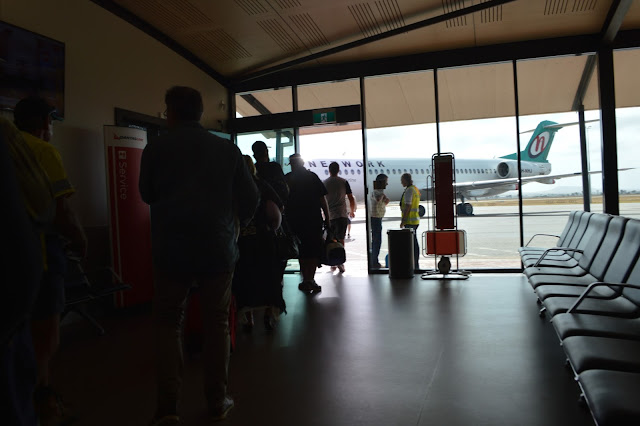 This aircraft is configured in a 2x3 all economy seating configuration with 100 seats in total. I was sitting in a window seat in row 3. 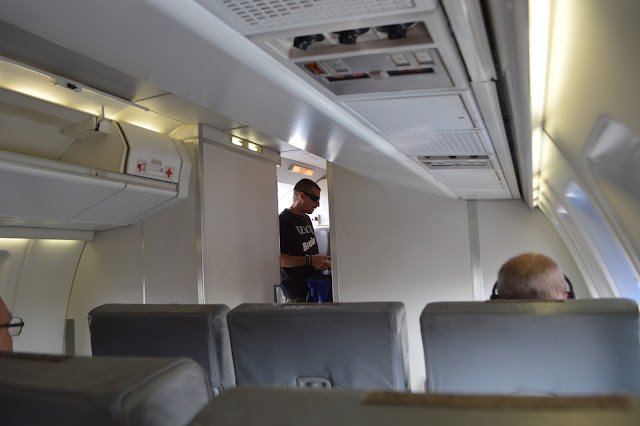 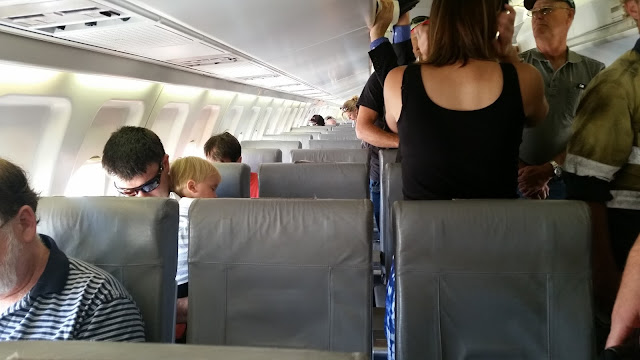 The leg room is actually very good, and the seats whilst looking fairly old, are perfectly comfortable for a short flight. 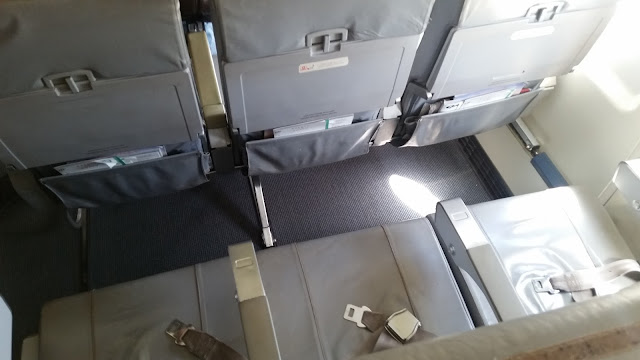 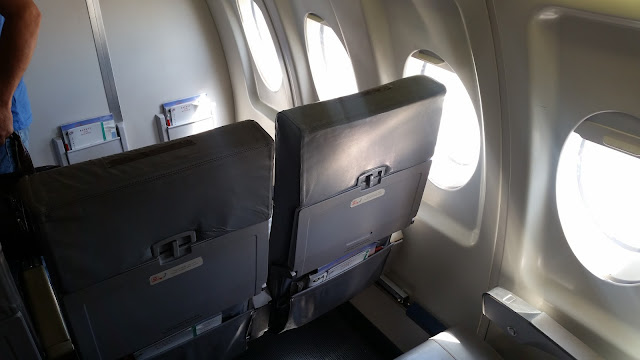 At 5ft11 I found plenty of room for my legs: 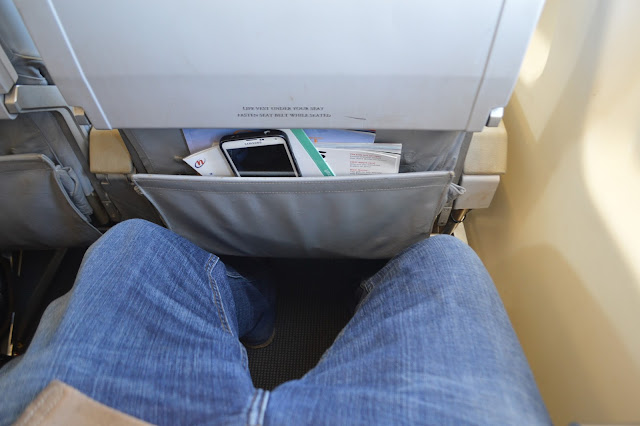 After a welcome on board from the crew it was time to head off to Perth, departing from runway 21 at Geraldton. From the front of the aircraft the engine noise was minimal, almost silent actually. The takeoff roll felt powerful and we were soon up and away. 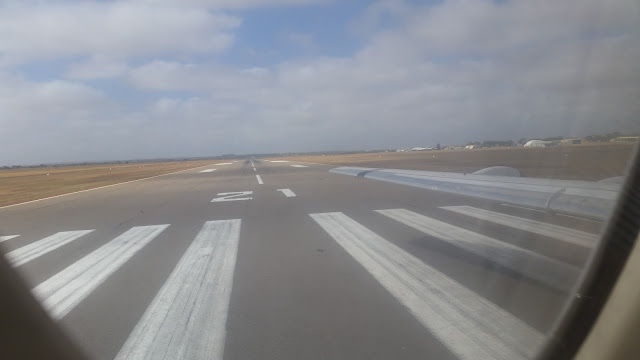 With a flight time of about 50 to 55 minutes the crew were quick to spring into action and commence the inflight service. It was still only about 8.30am and I expected a basic snack box with cold cereal but I was surprised to smell something in the oven! Yes, a hot meal was being served on this short flight, amazing! 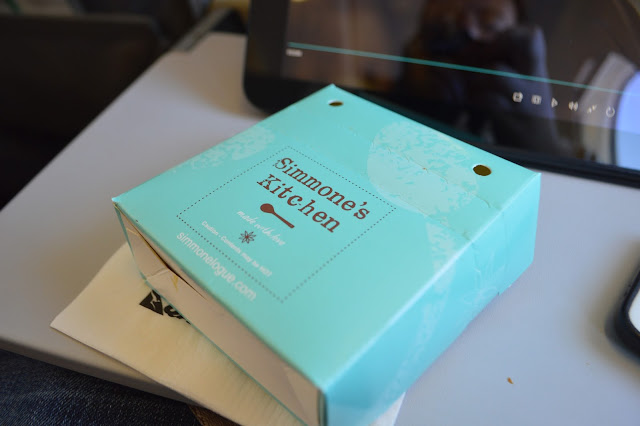 The small blue boxes were handed out and inside was a rather tasty chicken and leek pie! 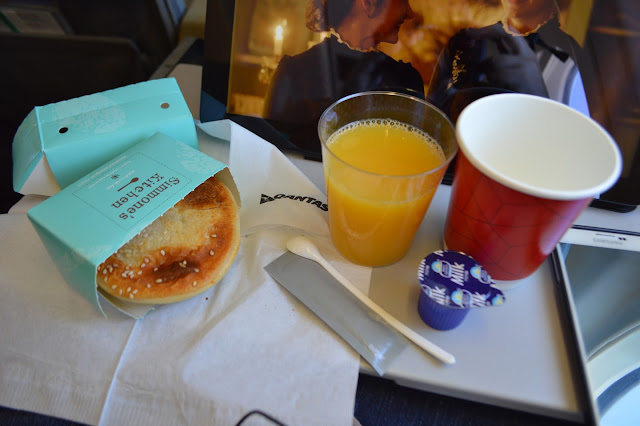 The pie came with a choice of any non alcoholic beverage and I had an orange juice followed by a coffee. I thought it was a great offering and the pie was actually delicious. Everyone on board seemed to be thoroughly enjoying them. The service was always with a smile with this young Network Aviation crew, I believe we had 3 crew in total working on the flight.

By the time my pie was done we were on descent and it was time to clear up the rubbish and prepare for landing. 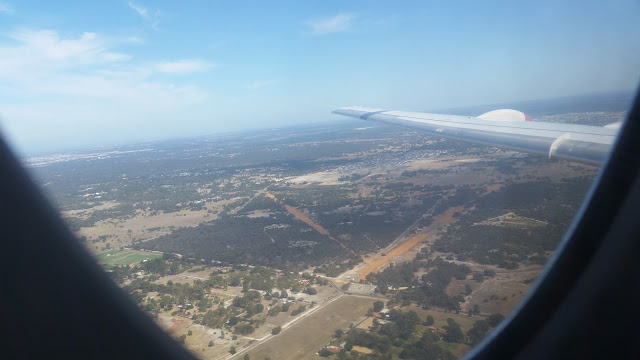 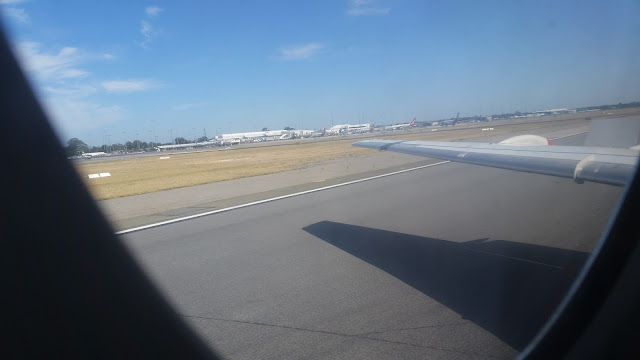 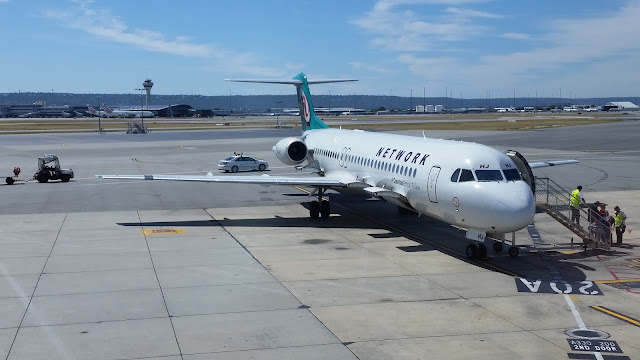 We arrived on schedule at the Qantas terminal and disembarked via stairs. Overall a great flight and a very comfortable way to travel on a regional flight. The Fokker 100 still seems to have plenty of life in it yet!
fokker 100 Qantas Qantaslink trip report