Hi Guys, One of the credit cards I recommend most is the Velocity Platinum Amex. It has some of the best benefits and earn rates of any card in Australia. Sign up using my link here and be rewarded with a 60,000 point sign on bonus. You also get a complimentary return domestic flight, 2 Virgin lounge passes, 2 Amex lounge passes, insurances and more! Find out more by clicking here .
Post a Comment
READ MORE...

I have flown VA business a couple of times across the pacific but earlier this year was my first time in the new 'suite' style seat. Here is my experience... After arriving on a connecting service from Melbourne I took the Virgin Australia shuttle bus over to the international terminal. My bags were checked through so there was no need to stop by the check-in desks but this is what they looked like:
1 comment
READ MORE... 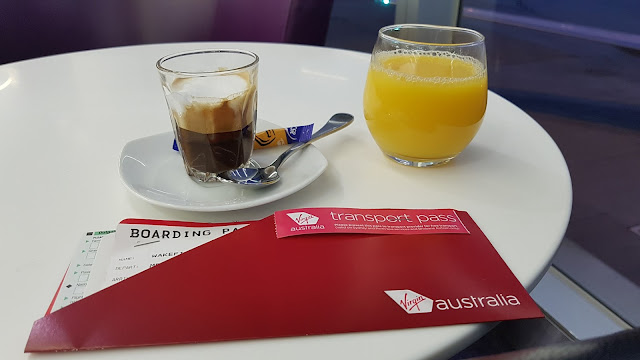 My next series of flight reports will be from a trip I did early this year to the USA and Mexico.  Here's a quick look at the first leg of the trip.  I was flying Virgin Australia via Sydney to Los Angeles. To get to Sydney I took VA811, the 7am flight featuring breakfast service. Here's how it went! FLIGHT: VA811 AIRLINE: Virgin Australia AIRCRAFT: Boeing 737-800 VH-VUO (9 years old) ROUTE: Melbourne to Sydney DEPARTURE: 7.00AM ARRIVAL: 8.25AM GATE TO GATE TIME: 1 hour 25 minutes I checked in at the business class counters where I received my boarding pass for both the MEL-SYD and the SYD-LAX sectors, my bags were checked right through to LAX. I was given my boarding passes in a wallet with a bus ticket for the transfer in Sydney and my international departures card. Then it was onto the lounge... Time for a juice and a macchi
Post a Comment
READ MORE... 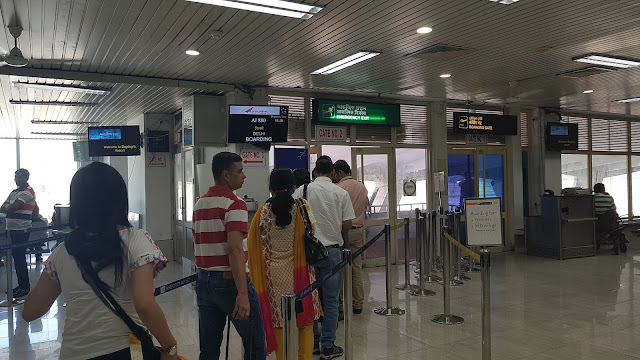 As part of my India travels last year I took a flight with Air India from Bagdogra to Delhi, it was on a 7 year old A321, VT-PPU and I was actually quite impressed with the flight and service. Here's a quick look at the experience! FLIGHT: AI880 AIRLINE: Air India ROUTE: Bagdogra to Delhi DEPARTURE: 2.10PM ARRIVAL: 4.15PM DISTANCE: 698 Miles AIRCRAFT: Airbus A321 VT-PPU (2009 build) The check-in experience at Bagdogra was typically Indian, kind of 'organised chaos'. There did not seem to be anywhere for star alliance gold members to get priority check-in so I just joined a queue. It wasn't too long a wait and soon we were through security. There isn't much in this terminal but we decided to chance it on the airport restaurant and we had quite a decent meal there at a cheap price. Soon though it was time for boarding so we headed to the gate and then onto a bus for the short ride out to the remote parking spot where VT-PPU was waiting, looking splendid in t
Post a Comment
READ MORE... 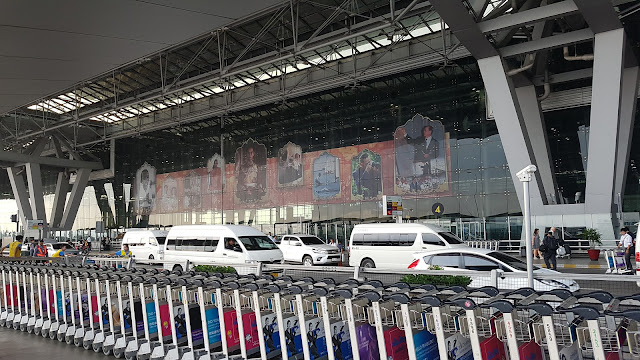 For my trip to India I decided to start on the east side of the country (Kolkata) and work my way west and south, ending in Goa. Since I was coming in from Bangkok this meant I needed to find a flight from Bangkok to Kolkata and once I realised Drukair was an option, there was simply no other choice! I headed straight to the Drukair site, which is remarkably user friendly, and booked flight KB121 at a cost of USD126. Quite reasonable I think and cheaper than Thai who flew at a much less friendly time of day. FLIGHT: KB121 AIRLINE: Drukair AIRCRAFT: A319 'A5-RGG' (12 years old) CLASS: Economy Class DEPART: Bangkok @ 09.10 ARRIVE: Kolkata @ 10.00 FLIGHT DURATION: 2 hours 20 min After an early start at the Millenium Hilton I grabbed a cab and arrived at Bangkok's Suvarnabhumi airport at about 7am, 2 hours prior to scheduled departure. Arriving at Suvarnabhumi (the King had only recently passed away)
Post a Comment
READ MORE... 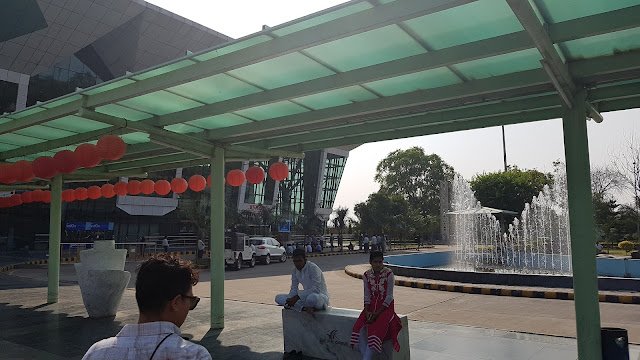 Here's a look at another flight I took on my trip around India from November 2016. This flight was from the beautiful town of Udaipur to the metropolis of Mumbai. I booked it with Air India since their price was hard to beat and the timing suited me too. Originally this was scheduled to be flown with a fairly new A319 but a couple of weeks before departure the timing was changed slightly and the equipment swapped to an A320. Knowing that it was going to be an A320 I was aware there was a chance I might fly on a very rare beast, the double bogey model A320. I believe only 31 of these were ever produced and there is less than 20 still in operation. They were ordered new by Indian Airlines to operate on the rather poor airstrips that were around India in the late 80s and early 90s and were eventually inherited by Air India. By now the runways have been replaced but the double bogey aircraft are still flying around, but I can't imagine for too much longer as they are becoming
Post a Comment
READ MORE... 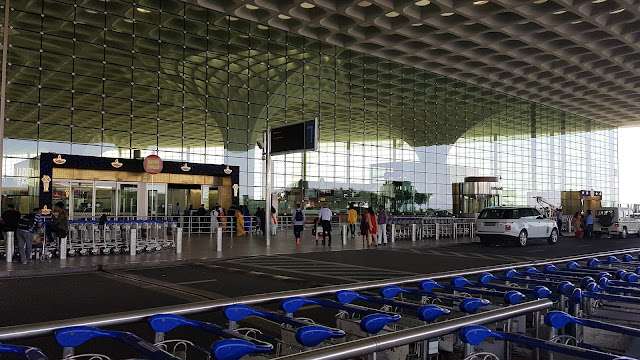 The route between Mumbai and Goa is extremely competitive with Air India, GoAir, Spicejet, Vistara and Jet Airways all flying the route. Most operate either the A320 or B737 for this flight which is usually under an hour in duration. On my trip to India I decided to use Etihad miles to book this flight as I found the prices pretty high on the day I planned to travel. I wanted to have a sample of Jet's business class so paid the extra miles to fly in the 'Premiere' cabin, even though it really is a bit of a waste on such a short sector. I arrived at the huge and ultra modern looking Mumbai airport with about 90 mins to go before departure: The drop off area at Mumbai airport
Post a Comment
READ MORE...
More posts