- January 19, 2017
Here's a look at another flight I took on my trip around India from November 2016. This flight was from the beautiful town of Udaipur to the metropolis of Mumbai. I booked it with Air India since their price was hard to beat and the timing suited me too. Originally this was scheduled to be flown with a fairly new A319 but a couple of weeks before departure the timing was changed slightly and the equipment swapped to an A320. Knowing that it was going to be an A320 I was aware there was a chance I might fly on a very rare beast, the double bogey model A320. I believe only 31 of these were ever produced and there is less than 20 still in operation. They were ordered new by Indian Airlines to operate on the rather poor airstrips that were around India in the late 80s and early 90s and were eventually inherited by Air India.

By now the runways have been replaced but the double bogey aircraft are still flying around, but I can't imagine for too much longer as they are becoming VERY old! Now, onto the flight....


It was a quiet afternoon in Udaipur, only 4 flights leaving over the hour and a half or so after I arrived.  There did not seem to be any kind of priority checkin for those with Star Alliance gold status, nor was there a business queue because this was an all economy service.

The inbound flight was delayed about 20 minutes so when it came in they were trying hard to get the aircraft turned around quickly and back on scheduled. As soon as the inbound passengers disembarked boarding was called and we headed down the jetway. 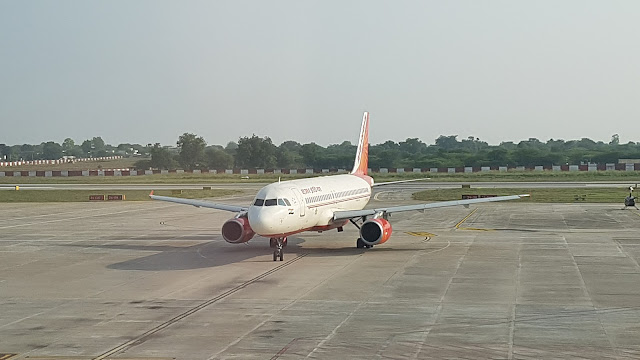 The aircraft operation this sector was delivered in 1993, making it just over 23 years old. The oldest in the fleet are from about 1989 so this was relatively new in comparison!


The interior looked incredibly old. It was suffering from a LOT of wear and tear... 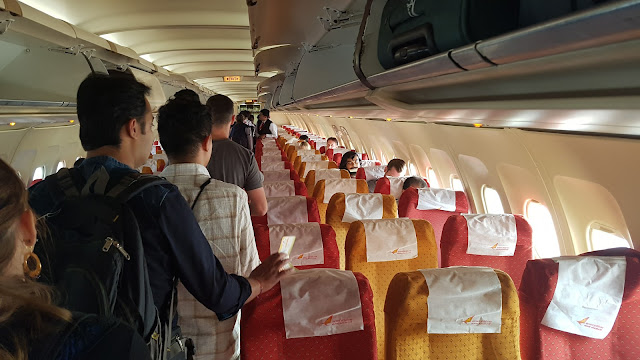 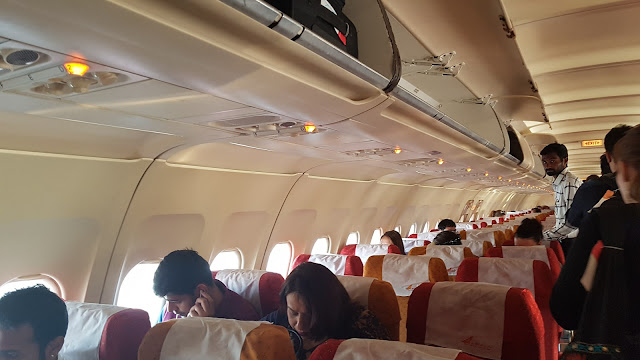 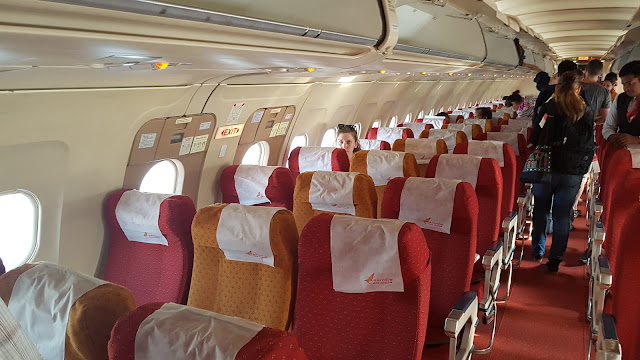 I got to 9A and was greeted with this:- 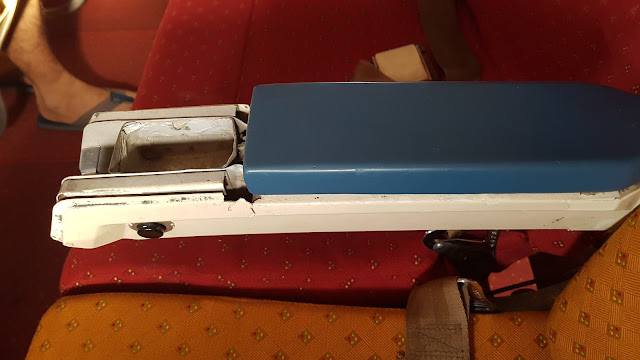 I have never come across an armrest in worse condition, in fact it was quite a hazard! On the plus side I had a middle seat free so had lots of space. The flight wouldn't have even been half full.


My window was so badly scratched I could hardly see through it:- 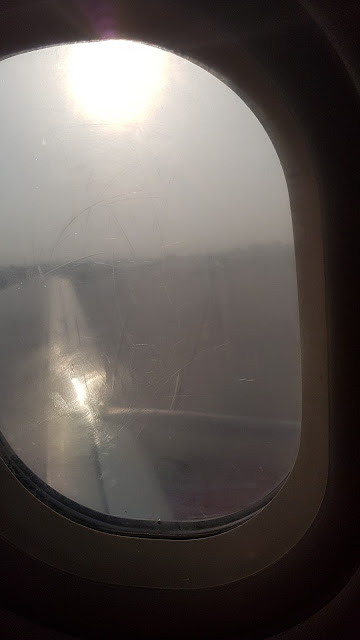 Once everyone was on board we pushed back and took off. I could hear a weird sound and felt a strange vibration in the airframe after we started climbing. I was sitting there wondering what it was  (worrying even) and thinking maybe it was due to the age of the aircraft. It went for a good 7 or 8 minutes. Eventually as we passed around 10,000 ft I heard the landing gear being retracted! I hadn't noticed that this didn't occur after takeoff and the big double bogeys hanging out had made a lot of extra noise.

This procedure is used to cool the brakes on hot days when the aircraft hasn't spent enough time on the ground for the brakes to cool before it's next sector. Shortly afterwards the female captain advised us of the flying conditions en route to Mumbai which would be fine and we wouldn't land much later than scheduled.

One thing I did enjoy flying Air India is that they offered a hot meal even on a short flight. For the longer domestic sectors there was a non-veg and a veg option but on this flight which was around 1 hour it was veg only. Here is the meal I was offered:- 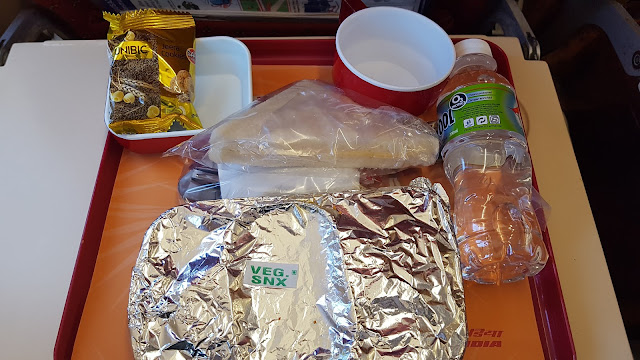 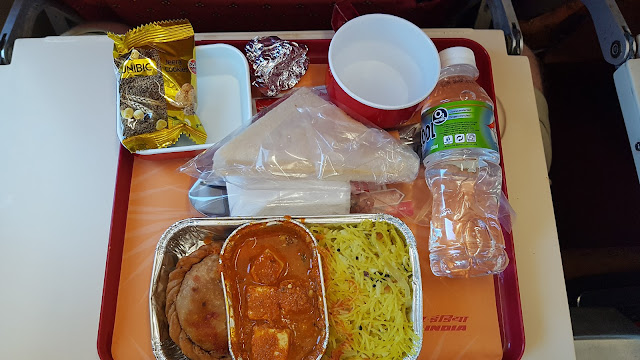 It was a paneer curry with noodles and a samosa, and a cheese sandwich. Quite reasonable for a flight of this length I thought. There was a tea and coffee run after that and we were soon on descent into Mumbai. Unfortunately due to the state of the window I could hardly see anything of the scenery, the smog didn't help either.

As we disembarked I snapped a photo of this classic retro styling of 'A320' on the bulkhead... 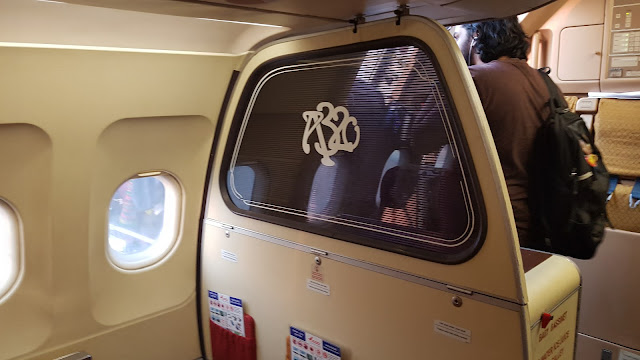 And one last look at that double bogey, easily viewable as we disembarked via stairs at a remote stand...

This was a perfectly decent experience although the interior of this aircraft needs a bit of tender loving care. The armrest was unacceptable for a national carrier and member of Star Alliance. The onboard service was otherwise fine and I would fly with Air India again if the price and schedule works for me.
Air India Airbus A320 economy class trip report