- June 21, 2011
April 29, 2011 finally arrived and I took the tube to Green Park at about 7am... bringing along a packed lunch in my bag. The crowds were already quite large and I positioned myself along the Mall quite close to Buckingham Palace at about 7.30am. I had a pretty ok view, about 4 or 5 rows back, not bad since I didn't have to camp out overnight for it!
It was a very long wait and my feet were very tired but eventually things started happening  and various bands played along the procession route. 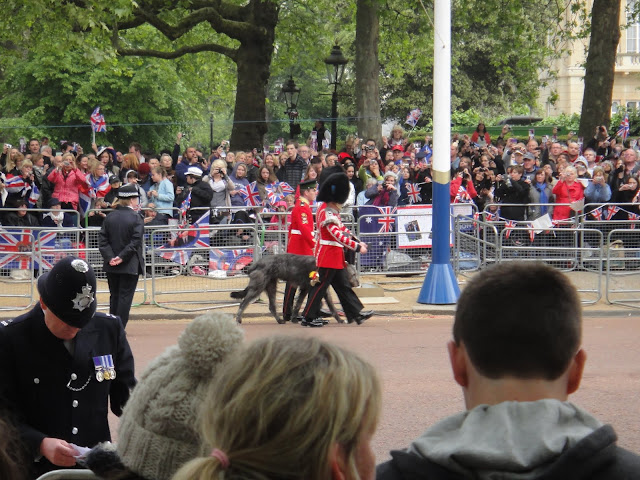 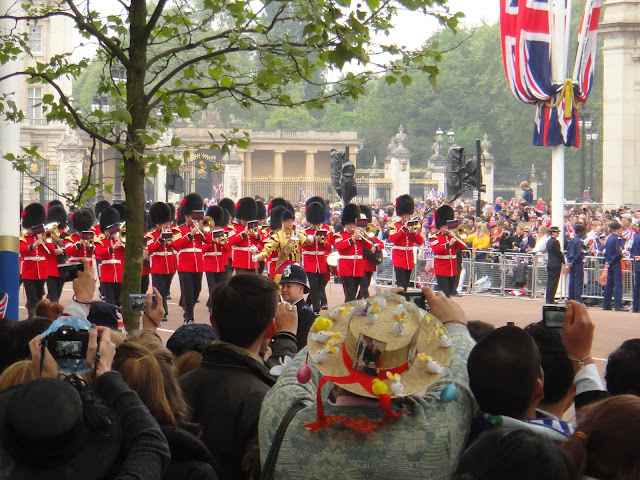 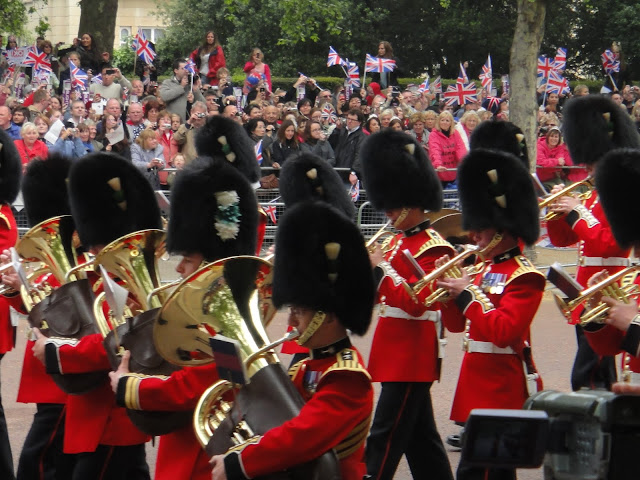 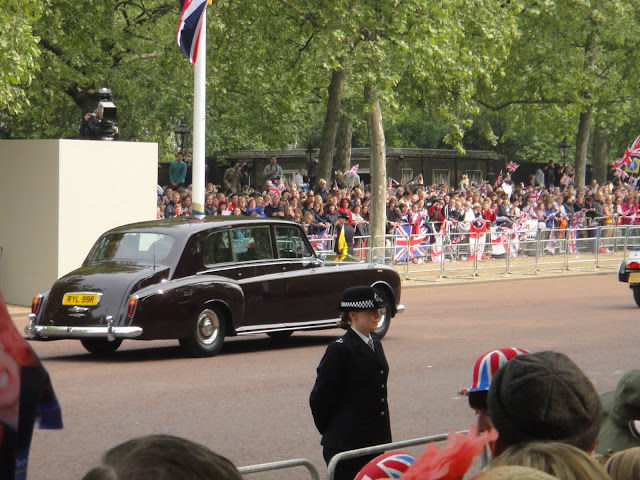 I do apologise for not having pics of Her Majesty The Queen arriving, nor Kate Middleton, I was filming those arrivals instead. But it was a fabulous atmosphere as both of them passed by, the crowds going absolutely wild... and for the first time we saw glimpses both of The Queens dress and also the brides.

There was no video of the ceremony from my position, however there was audio of it coming from several loudspeakers along the route. The absolute highlight was when God Save The Queen was played, and the crowd sung along in very high spirits. It was quite moving. Eventually the ceremony ended and the procession returned to Buckingham Palace. 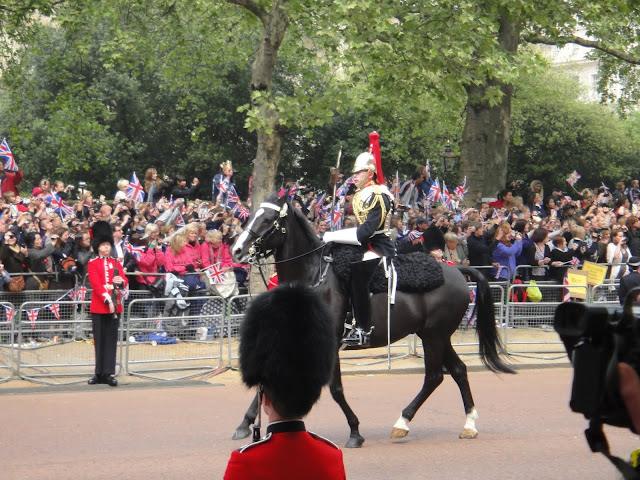 After the procession was complete their was an agonising wait for the road to be opened, but it was just taking too long. We all wanted to get to the balcony to see the Royal couple but time was running short. I decided to make my way through St James' Park to Spur Rd to try and get a better spot. Fighting the crowds took forever and the only real way was to go through a garden, I am sorry for contributing to this: 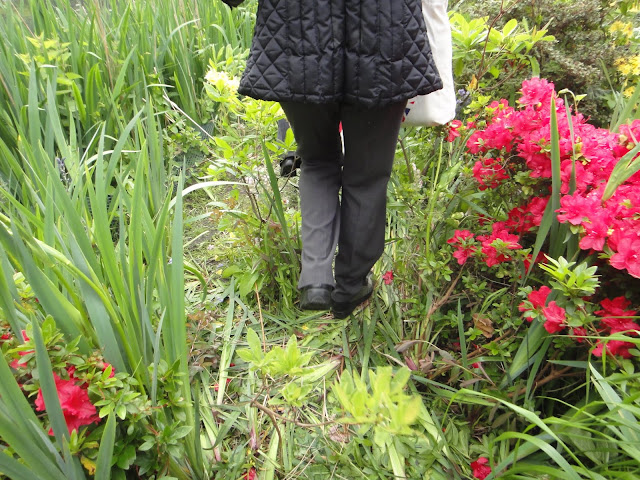 It was worth it though as I got quite a good spot and I got some great photos! 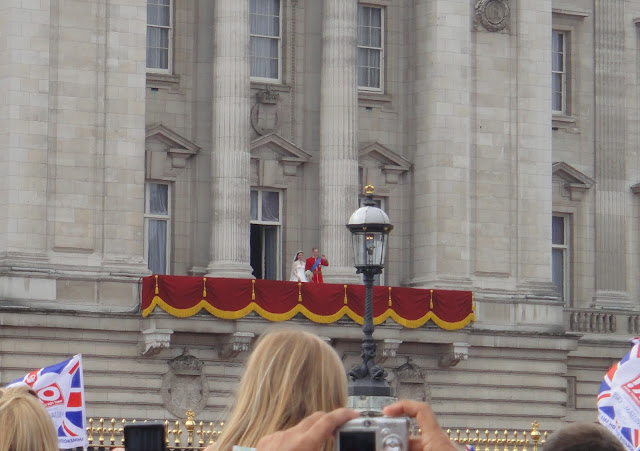 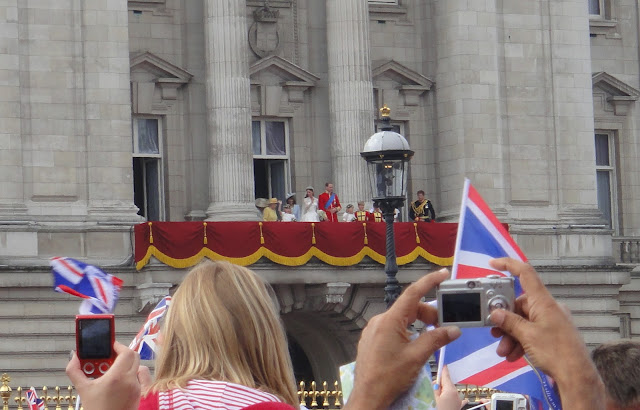 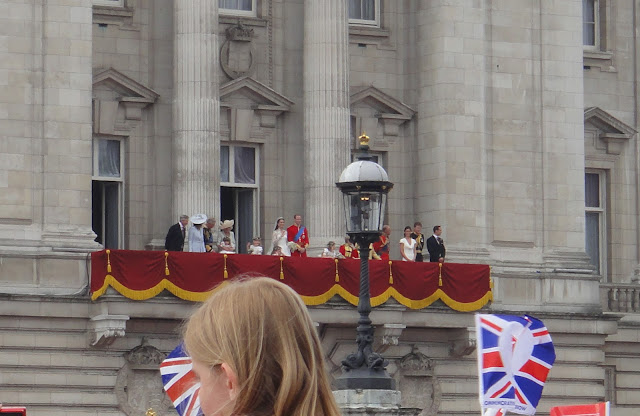 When the newly married couple appeared on the balcony there was an almighty roar and the crowd chanted for them to kiss, which they did TWICE! The flyover was a great spectacle and I loved seeing The Queen but it was all over far too soon.

Being a part of that crowd in front of the balcony was an experience I will never forget. I love all the tradition and felt like I had done something exactly as it was done a hundred years ago and beyond that. The million or so people lining the streets all seemed to be having a fabulous time. In fact I had such a good time I am going to return for Queen Elizabeth's Diamond Jubilee in June 2012.
trip report