- February 12, 2013
Asiana Airlines of South Korea is one of only a few '5 Star' airlines as rated by Skytrax, yet I have seen very little reported online of it's short haul narrow body product.  The narrow body fleet of 33 Airbus A320 an A321 aircraft serve short haul flights to nearby neighbours like Japan, China and also domestic flights within South Korea. So when I recently flew on flight OZ367 a scheduled A321 on the Incheon to Shanghai Pudong route I knew I should write about it on the blog.


Check-in was interesting as I had what the check-in agent described as a strange itinerary. I was connecting onwards from Shanghai to Singapore. Apparently I was doing something unusual! Perhaps it's because of the inconvenience of having to go through Chinese immigration and get a transit pass, followed by picking up the baggage and going back to the check-in area for the next flight. There is no transfer facility at Shanghai at the time of my flight. Anyway with my boarding pass in hand to Shanghai , I was on my way.


After a bit of shopping and buying a few gifts with my last few thousand Korean Won it was time to hit the lounge. It's on an upper level  reached by escalator and is divided into First and Business class sections.


The lounge is large and open but lacking much in the way of good food. There was a chefs station with some kind of Asian soup on offer but I ended up with a few crackers and cheese. I like the design but a range of better hot food option would be good. It was soon time to head to the gate which was conveniently located right opposite the lounge exit.

There was quite a crowd forming at the business class / star alliance gold queue which I ended up joining. I doubt they were all eligible for priority boarding but the line moved quickly anyway. 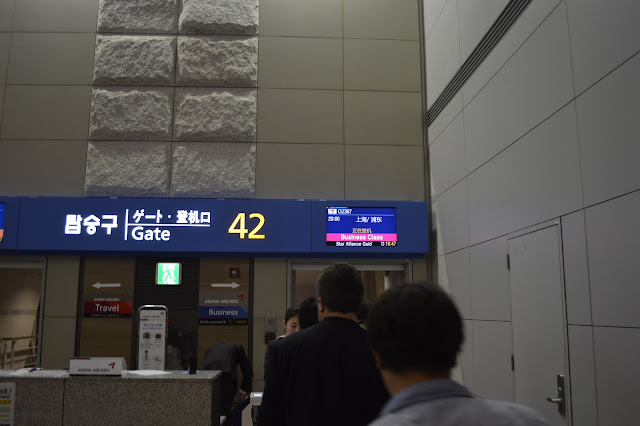 I was soon on board and in seat 3A, the last row of business class. The Asiana A321 has 12 seats in business in a 2x2 arrangement. The seats are nice and wide  but seat pitch is very tight for business class. I guess 38 inches maybe. The seat is a standard recliner with overhead entertainment only,

Champagne was soon offered, on Asiana they serve Cattier. Quite a nice champagne in my opinion. I drank it throughout the flight. 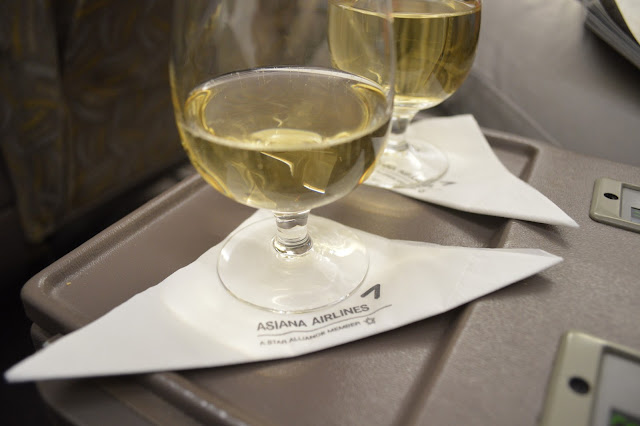 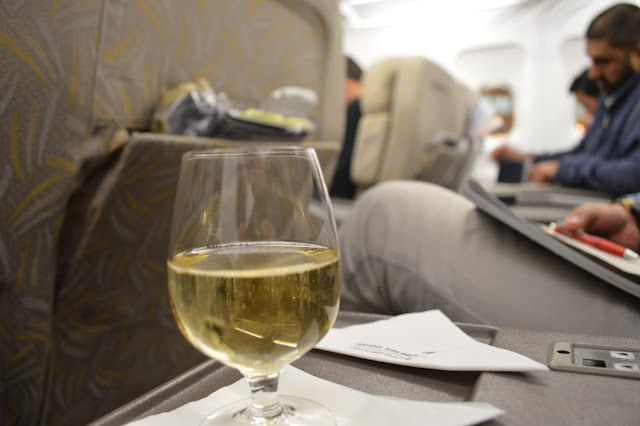 Doors were soon closed and the safety video played. It was a full flight in both classes this evening. Menus were handed out and there was a choice of chicken or pork, both Asian style dishes with the chicken being Korean. 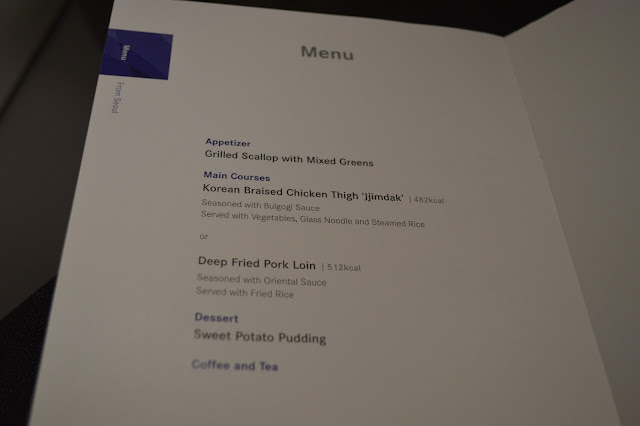 It's quite a short flight to Shanghai (under 90 minutes) so dinner was served shortly after takeoff. I opted for the Korean chicken. It was a single tray service with appetizer, main and dessert all served at once.


The food was quite tasty and perfectly sufficient for a flight of this length.  After the trays were cleared there was still time for an after dinner drink. I was given a packet  of mixed nuts to  go with my Baileys on ice. 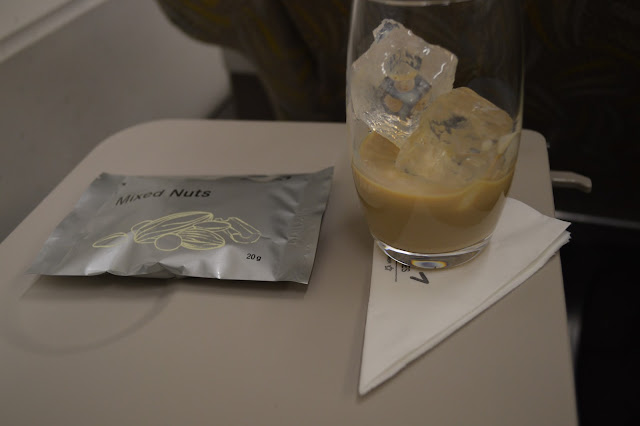 Service was friendly and with that Korean politeness I absolutely love. It was soon time to descend and land at Shanghai's Pudong airport.

Overall a very decent flight but I do think the seats are looking a little dated. A little bit more seat pitch would be helpful. On the Seoul to Shanghai route the airline also flies A330 and B777 widebody aircraft on some services and the difference in seats would make me choose them over the A321 unless my schedule dictated otherwise. On this occasion though the schedule worked well for me and I arrived in comfort.