- February 08, 2014
Here's something a little bit different for the blog. A train report. I did a cruise report last month so why not a train!? This was one I had been wanting to do for quite some time, Virgin Trains in First Class. The route I was travelling was London to Manchester which operates every 20 minutes and takes just over 2 hours leaving from London Euston station.

This journey was taken during the Christmas holiday period and as such the weekend/holiday onboard service was provided. It is a snack box service only instead of the full meal and open bar service offered on weekdays during business periods. Never mind, I was still looking forward to it. After arriving at Euston on the tube it was straight upstairs to the Virgin Trains First Class Lounge. 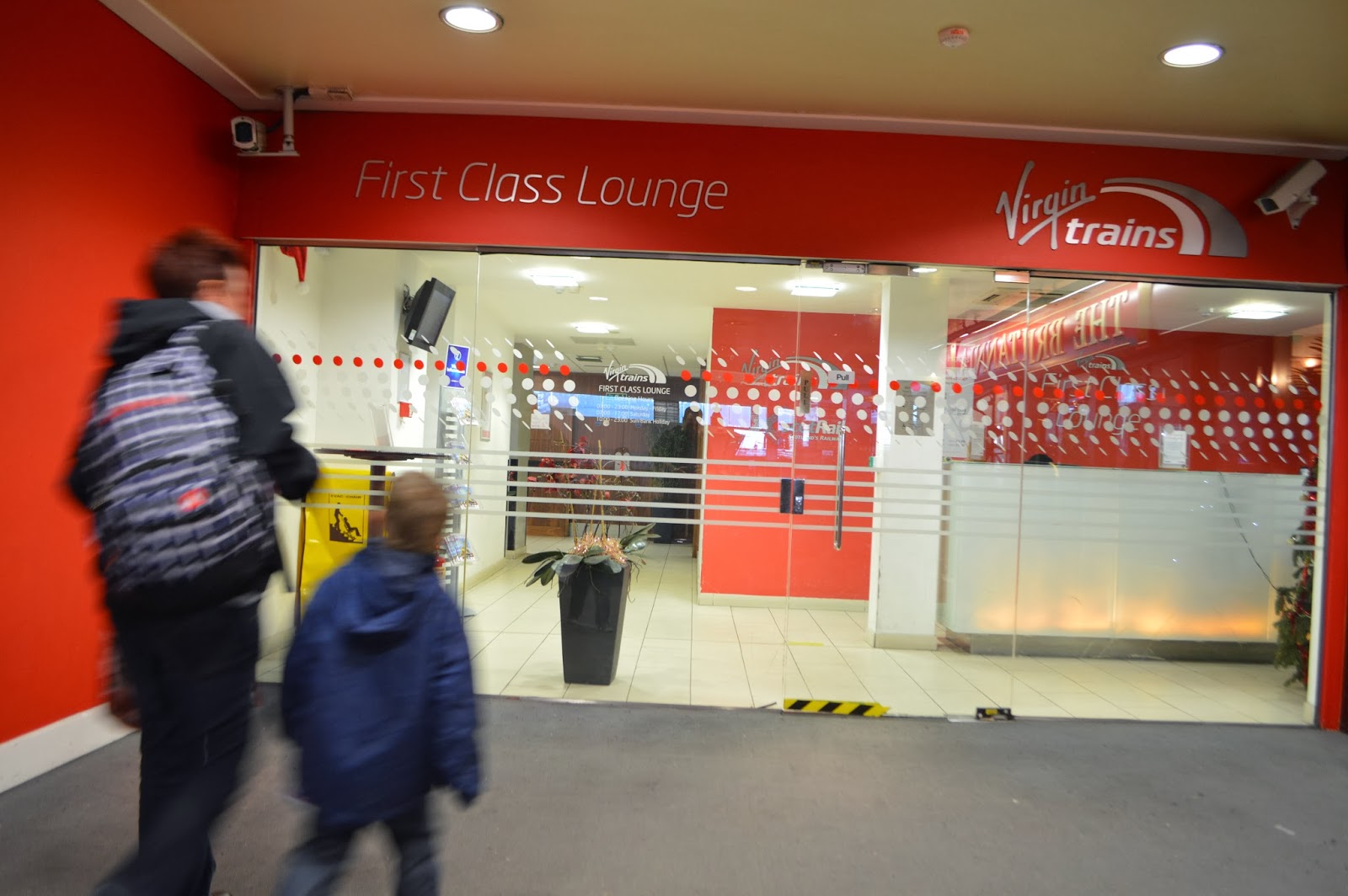 It's worth noting that this lounge is now closed and being refurbished, it will reopen in March this year. Whilst the lounge is closed First Class passengers will be given a voucher for a drink and snack at one of the many food outlets at Euston station.

The lounge is basic and provides complimentary tea, coffeee, soft drinks, water, juice and biscuits. There is also a bar but alcohol comes at a price.

I arrived somewhat early so I caught up on my Facebook and did some internet surfing on my laptop while I waited for the 4pm departure. The platform number is only revealed a few minutes before departure. With about 20 minutes before my train was due to leave I headed downstairs and stood with the crowds in front of the main departures display.  Everyone there is waiting to find out which platform they should go to for their train.

Eventually the platform number was displayed and everyone rushed off. I like the look of these 'Pendolino' trains. 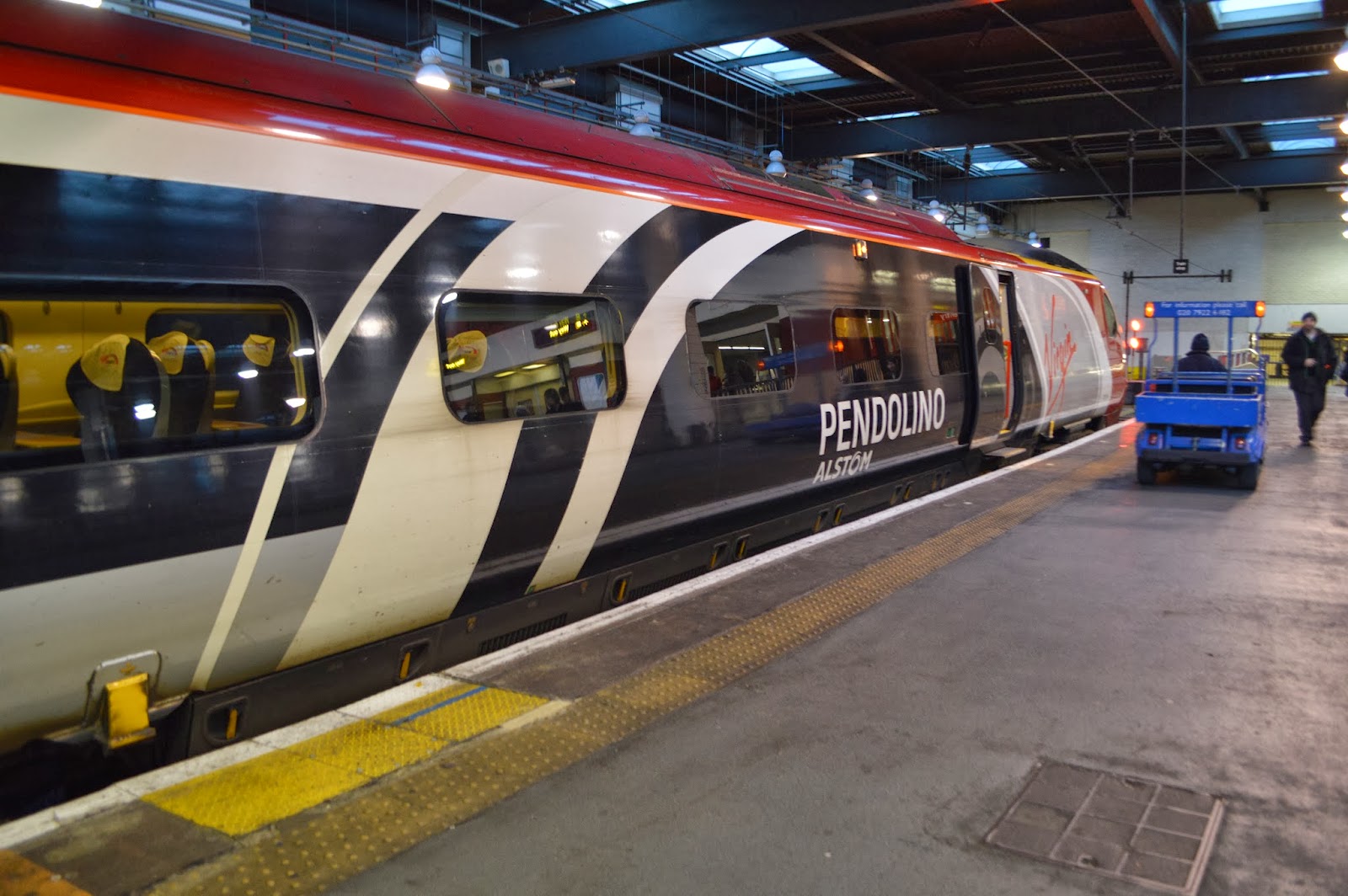 I had been allocated a single seat on its own quite close to the doors. It's pretty good for solo travellers although the window is somewhat forward of the seat meaning the view isn't brilliant. Not that this really mattered as it's almost dark at 4pm in the middle of a British winter.

As it turned out my cabin was a designated 'Quite Zone'. So I was looking forward to a peaceful journey to Manchester cruising at approximately 200km/h most of ther way. 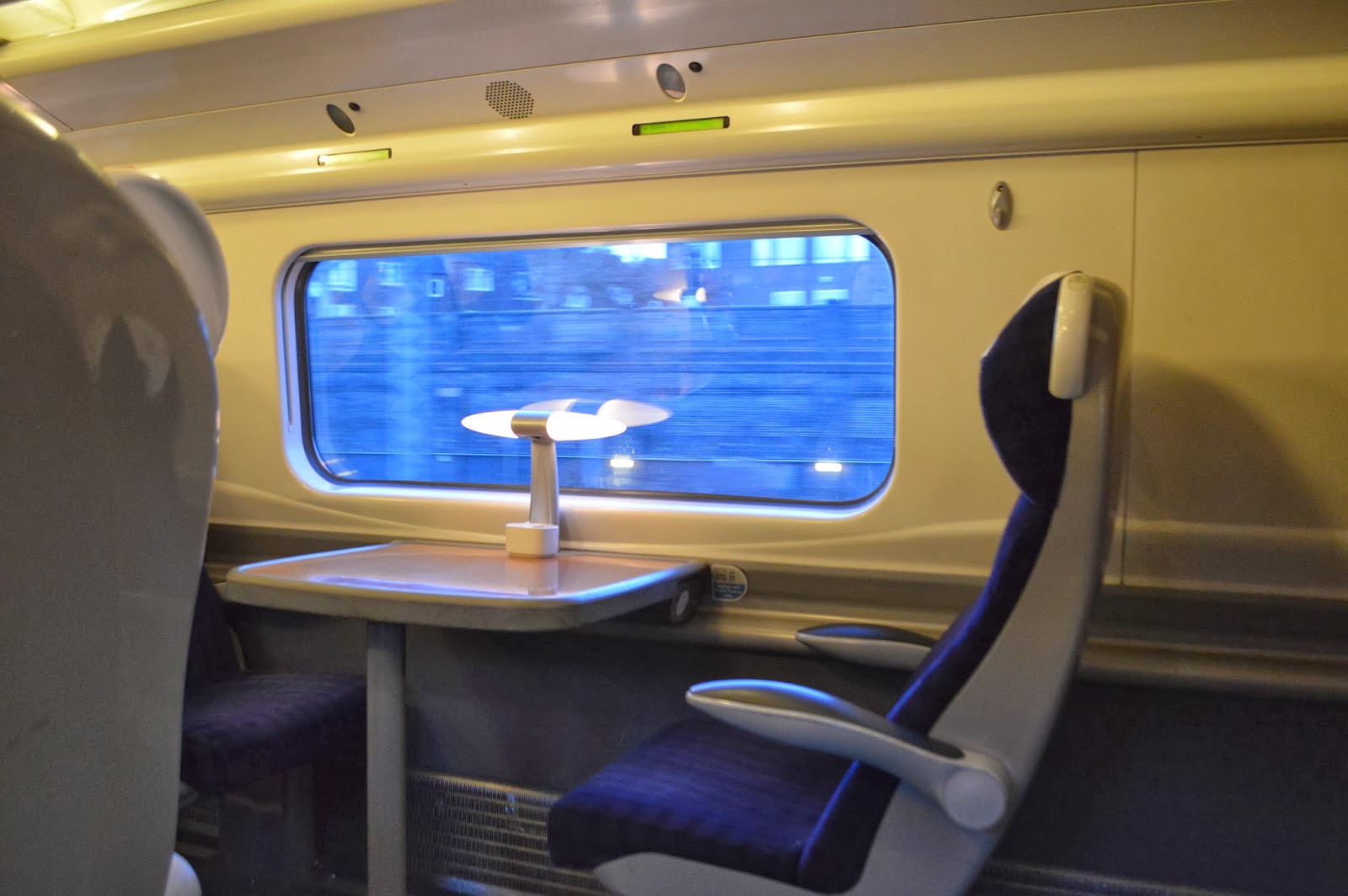 I was able to connect my laptop to the power supply on board and I connected to the free onboard wifi. However the wifi service was simply awful and I mostly resorted to using my mobile phone 3G connection instead.

We departed right on schedule and around 20 minutes after leaving Euston the trolley came down the aisle being pushed by a middle aged gentleman. He offered a snack box along with tea or coffee plus still or sparkling water. I took a coffee and a sparkling water. Inside the snack box were some jelly beans, pretzels, cheese, crackers, cookie and raisins. Not a bad selection and plenty to keep me happy for the 2 hour trip. Next time I will have to plan things better and take the full meal service instead. 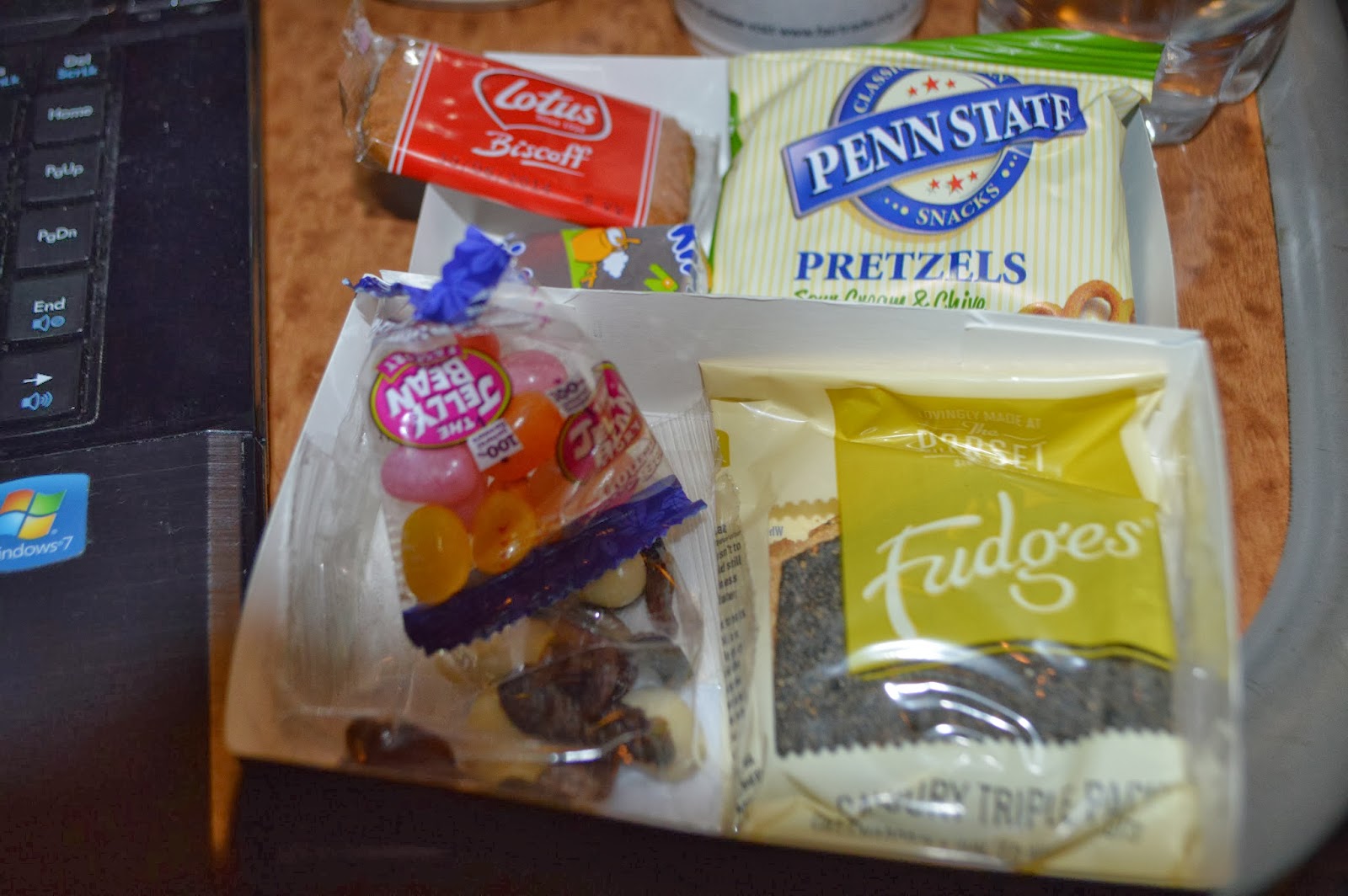 Seconds on the water were available and I took another sparkling water as we ended up coming to a stop about 30 minutes out of Manchester due to a person who had been hit by a train. We were stationary for about 30 minutes meaning the arrival was delayed.

Although we are travelling quite fast the train is quite smooth and very quiet. There was very few passengers in my carriage so it was all rather relaxing. It's the perfect opportunity to read a book, watch a movie on your iPad or catch up on some work.

Eventually we pulled into Manchester Piccadilly and I disembarked feeling impressed by the comfort and speed of the service (even with the delay). It's definitely a superb way to get to Manchester from London and would actually work out faster than flying. I look forward to trying them again in the future, perhaps on the London-Edinburgh route.
First Class train trip report virgin trains