- October 23, 2014
Earlier this year Air New Zealand announced the retirement of it' Boeing 747-400 fleet. As part of the farewell celebrations they scheduled a one off Auckland-Sydney-Auckland service, and as a fan of the Jumbo Jet, I booked a ticket. Sadly about a week before the flight the airline cancelled the service with no explanation. It was quite disappointing. However, the replacement aircraft was the brand new B787-9 and that would be a new type for me so I decided to go ahead and fly anyway. I managed to snag a seat in the Premium Economy cabin for a small surcharge, but please be aware that whilst I had a premium economy seat, ANZ do not offer a premium economy service on Trans-Tasman flights. So the soft product that you will see on this review is identical to the basic 'Seat Only' economy class service.


Although I had checked in online I proceeded to the business class counters at Sydney airport to get a proper boarding pass and a fast track card, a perk for Star Alliance gold card holders. With my boarding pass for 23K in hand I headed through the express lanes and then onwards to the Singapore Airlines lounge. This is not usually where ANZ passengers visit, but it is possible to gain entry thanks to the Star Alliance gold membership.

The lounge had been refurbished less than 12 months ago and was quite nice, with a good selection of food and even a french champagne on offer (I think it was Cattier from memory, not the best but still ok).
After a while it was time to head for the Air New Zealand lounge next door.  That lounge is a lot larger but is starting to look like it needs a refresh. The furnishings and decor are getting quite tired. There is however a fairly nice selection of food and drink including some very decent wines. I have heard it will soon be upgraded.

Eventually flight NZ104 to Auckland was announced as being ready for boarding, so off I went down the escalators hoping to get a photo of the aircraft parked at the gate. Unfortunately the gate that was in use had no view at all so there was no hope for a photo. Instead I joined the priority boarding queue and got on board.

As I entered the 21 seat premium economy cabin (a 2-3-2 configuration), I immediately noticed the purple mood lighting, It adds a nice atmosphere to the cabin, of course there is also lots of natural light thanks to the large windows featured on the 787s.

I was seated in 23K and the seats are different to those offered on any other Air New Zealand aircraft. They are upholstered in leather and offer 41 inches of pitch, 19 inches of width and 9 inches of recline. All in all quite a decent seat, very comfortable I thought and quite sufficient for a flight of say 5 to 8 hours. The AVOD screen was also large and of a good quality. 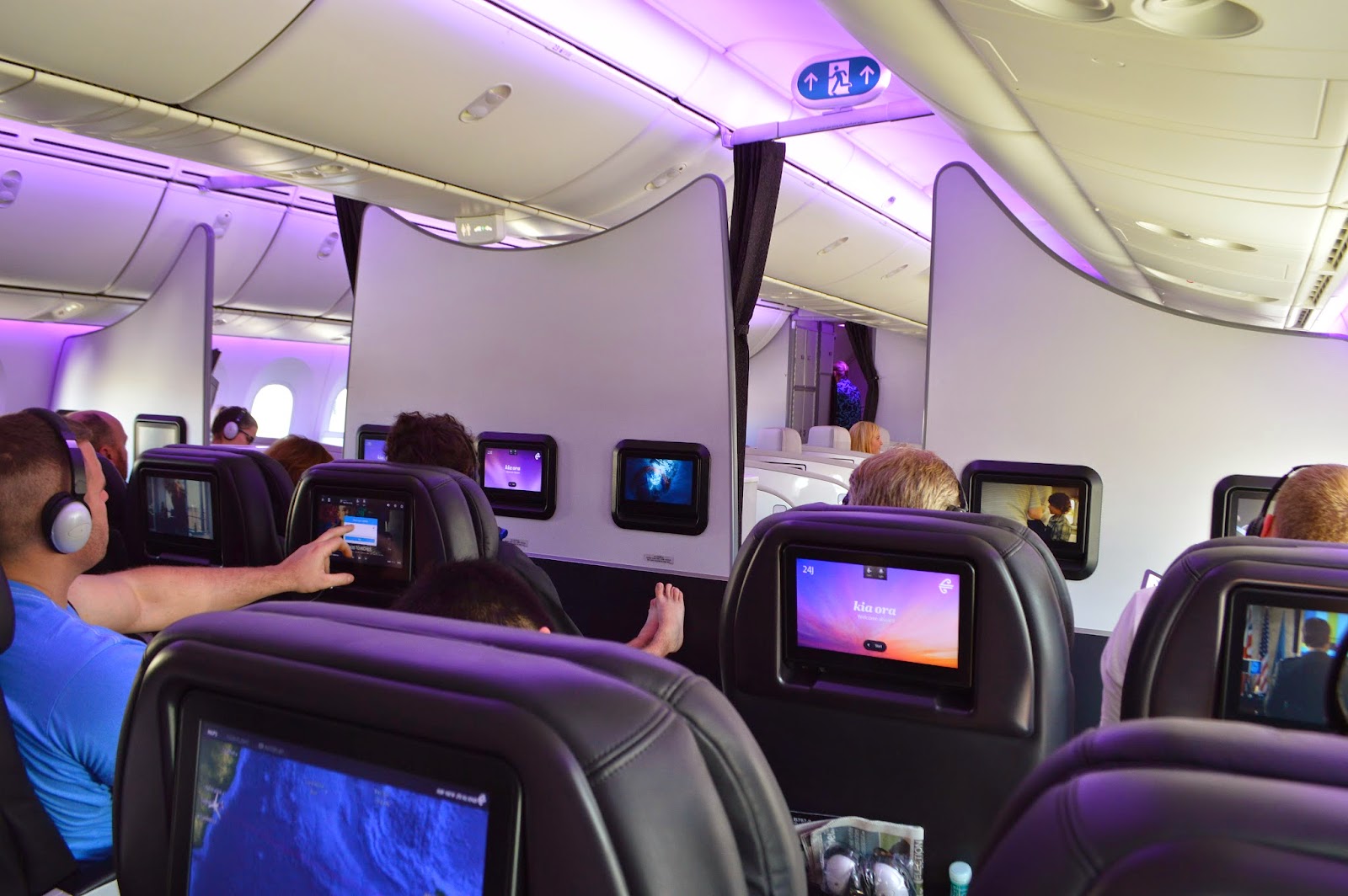 A very  friendly cabin crew member came around to welcome me on board and explain the features of the seat. If you want more information on the seat there are even videos on the AVOD system to watch. The captain made his welcome announcement and we pushed back a couple of minutes ahead of schedule.  The engines were started and we were soon rolling down runway 16R, the climb was smooth apart from a small period of clear air turbulence, after that the cruise at 41,000 feet was very comfortable. 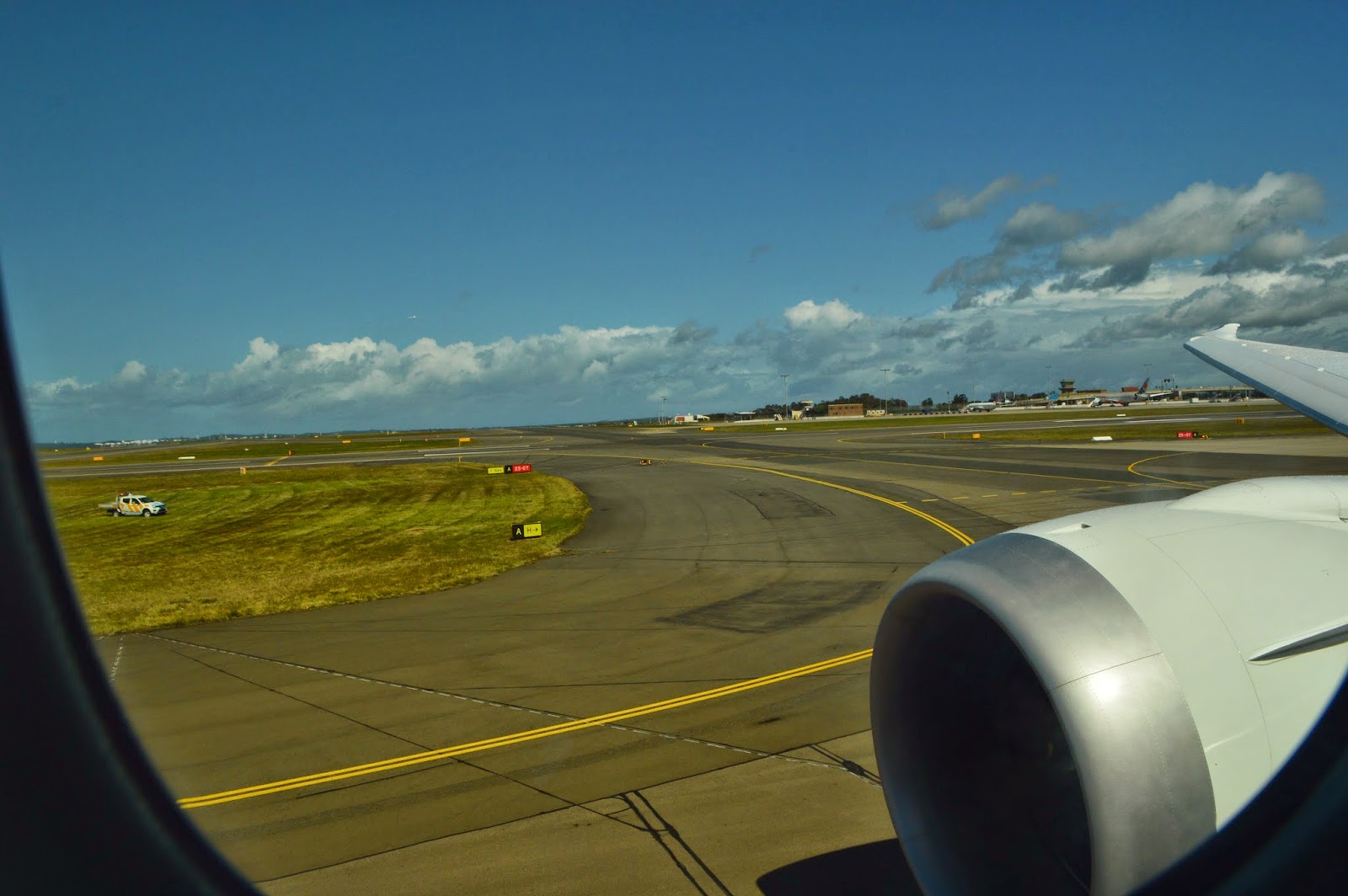 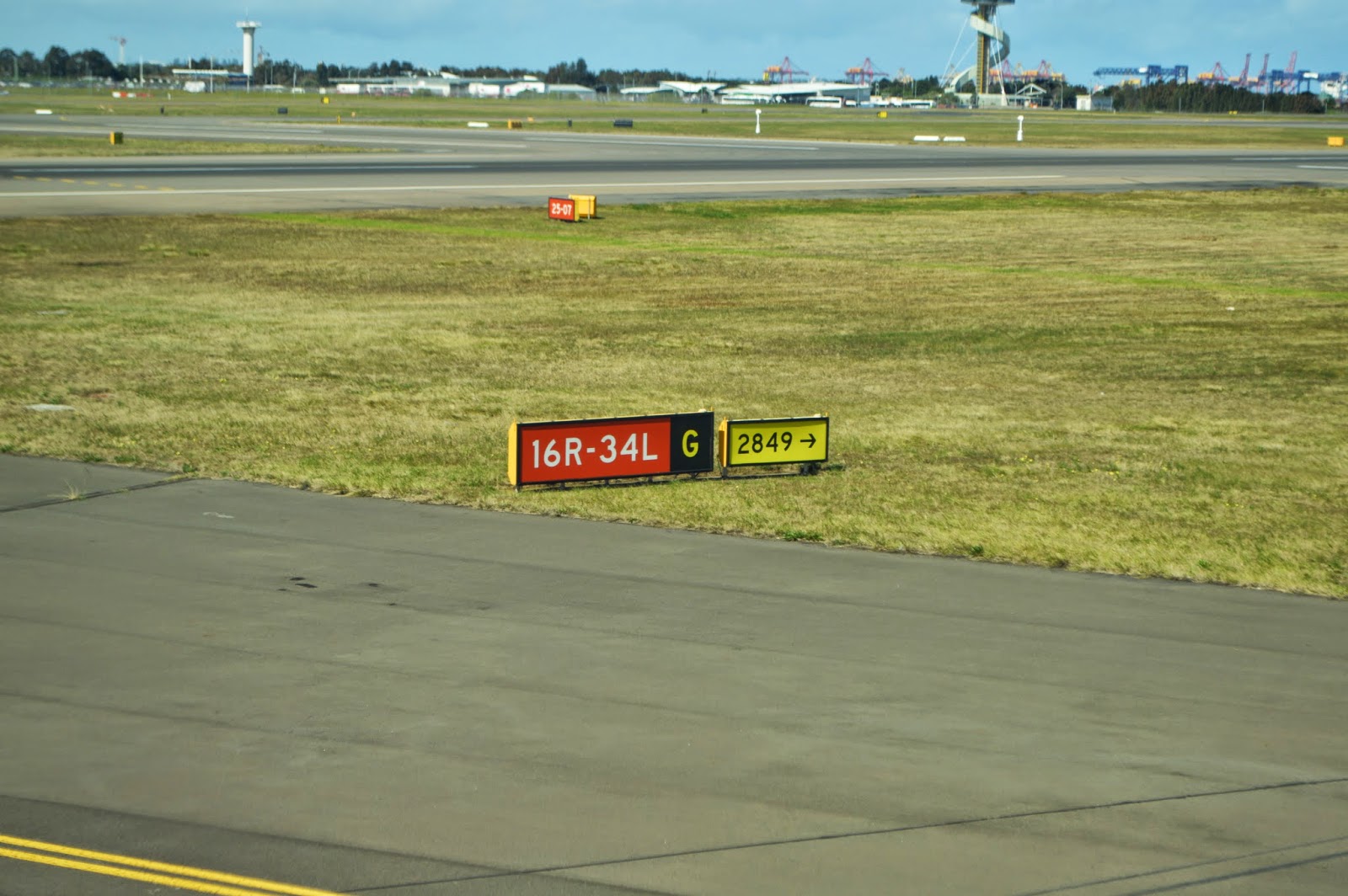 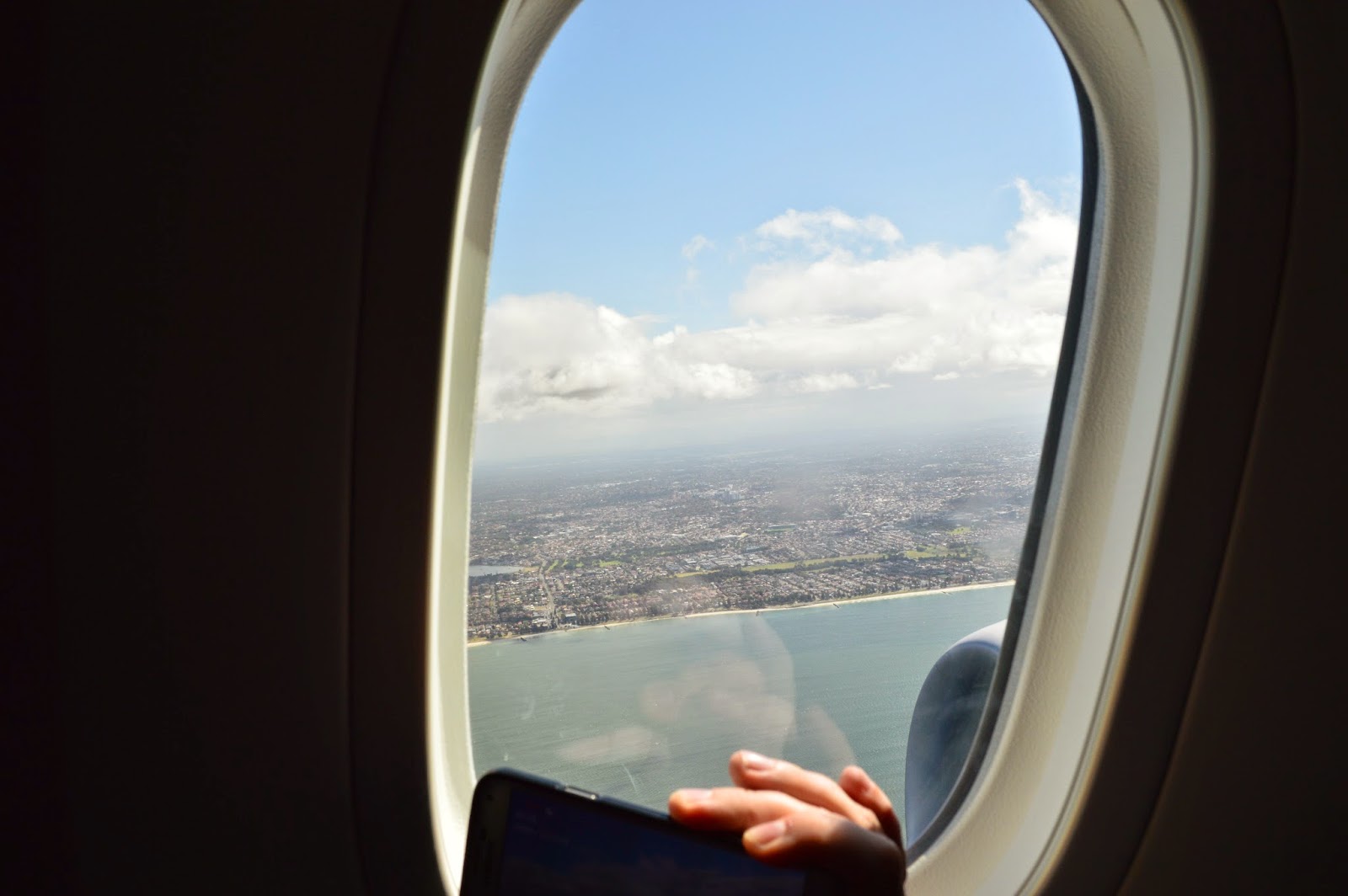 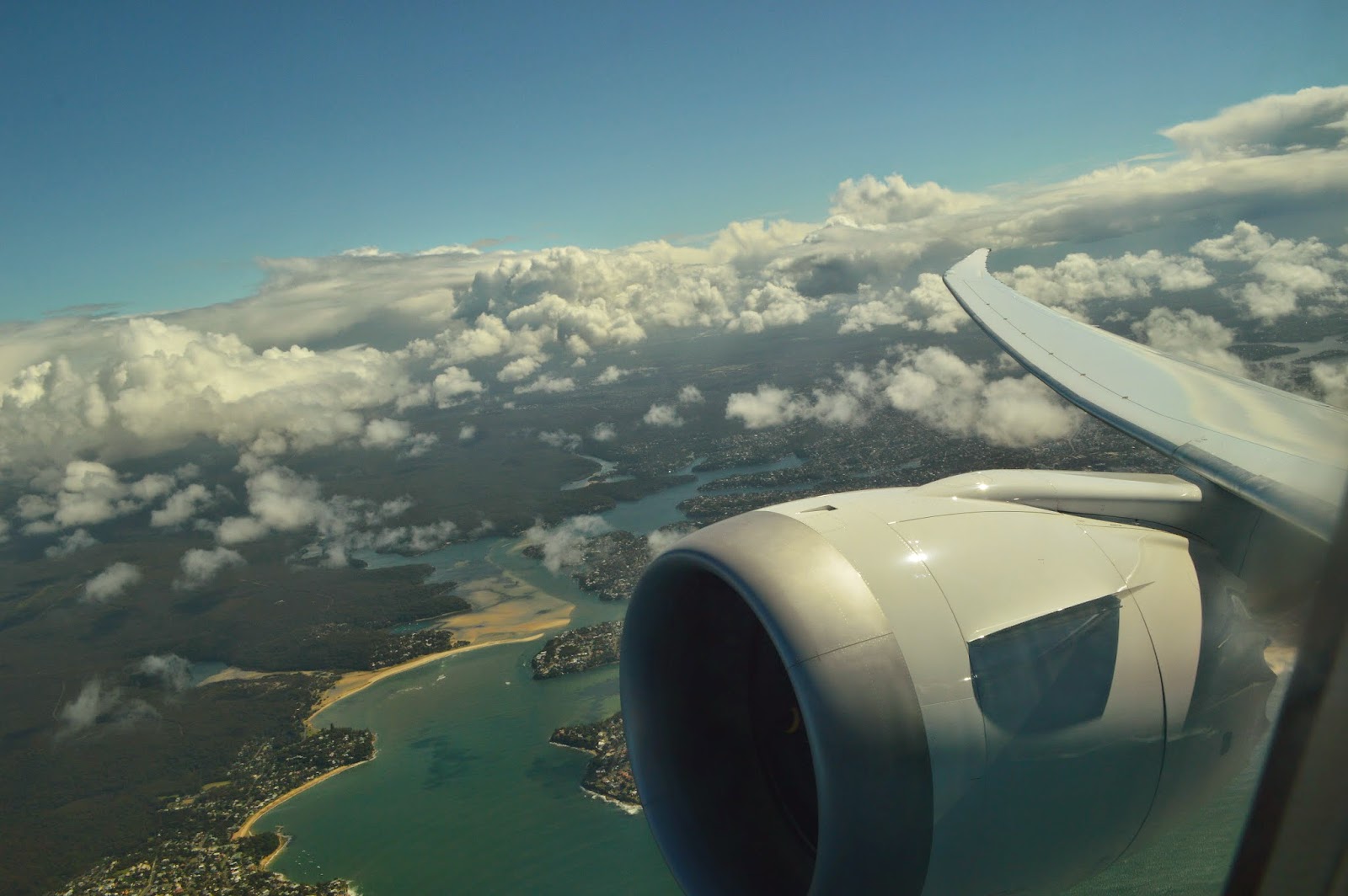 All passengers in economy class are offered free tea, coffee and water on trans-tasman service. This was offered at the same time as those passengers who were travelling on 'The Works' packages were offered their lunch. For those people seated in premium economy who are connecting onwards on a long haul premium economy flight they are also offered the  full lunch service. When this aircraft is used on long haul flights an upgraded proper premium economy product is offered, but as I said before that is not sold on trans-tasman (excluding Perth).

For those people like me travelling on the basic 'seat only' fare there is food available for purchase through an interactive menu on the AVOD system. You simply choose what you want, add it to the 'shopping cart' and then swipe your credit card. Then, as if by magic, a few minutes later your food will be delivered by the flight attendant. A very innovative system and it worked perfectly:


If you need to charge your device there is in-seat power in every seat: 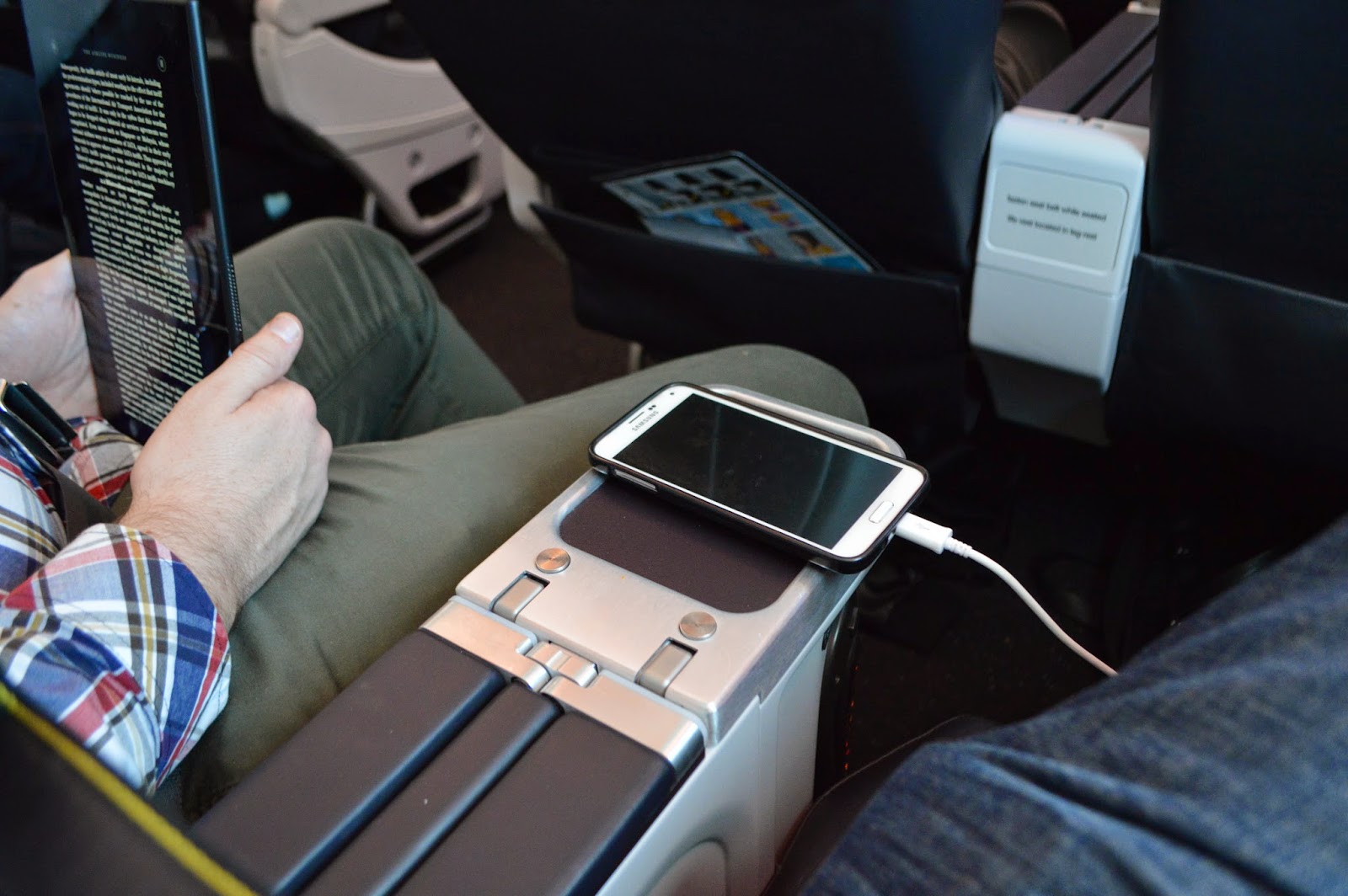 Here are a couple more pics of the seat: 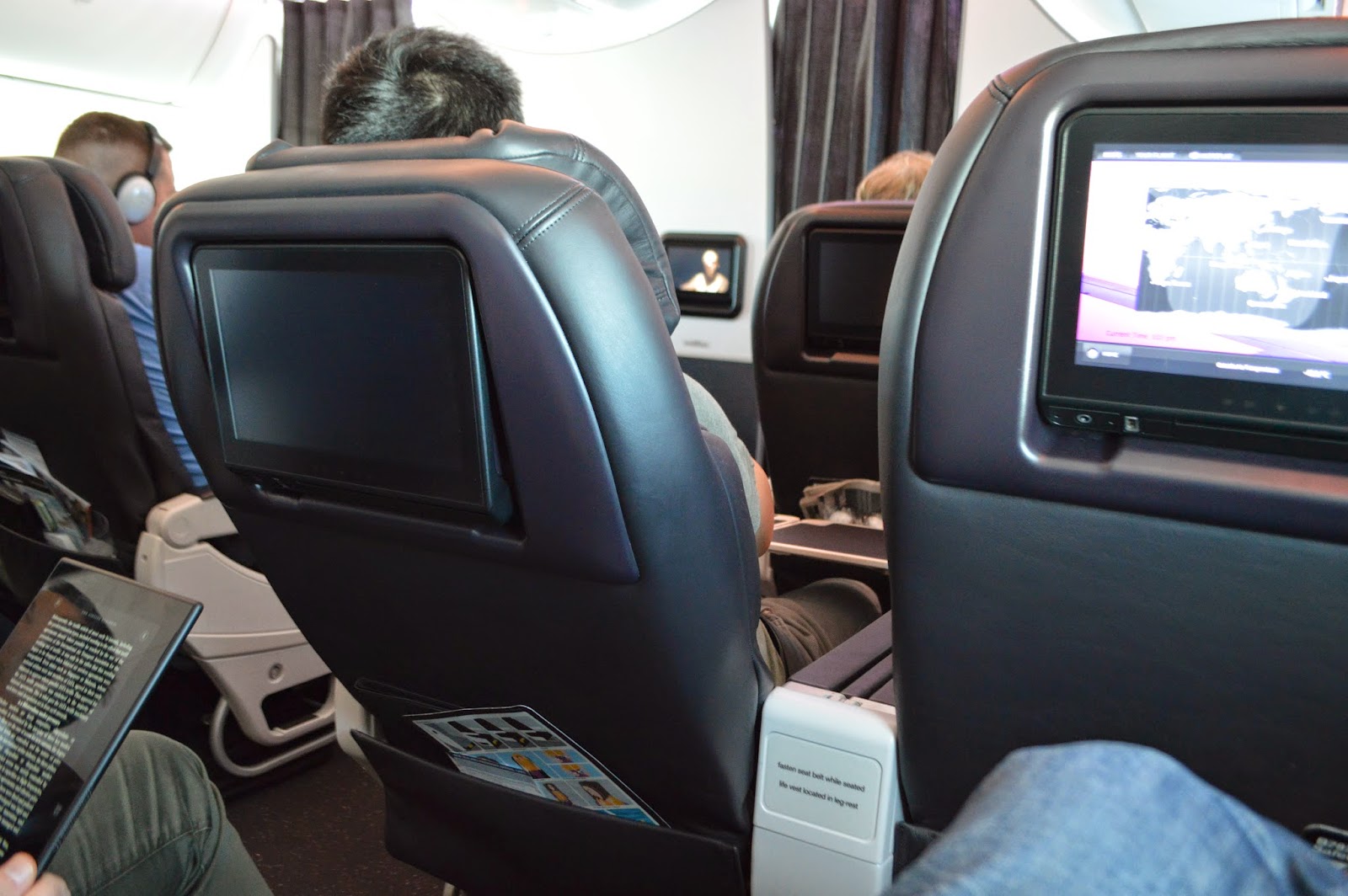 The mood lighting changed as we got closer to Auckland, here is the orange sky effect: 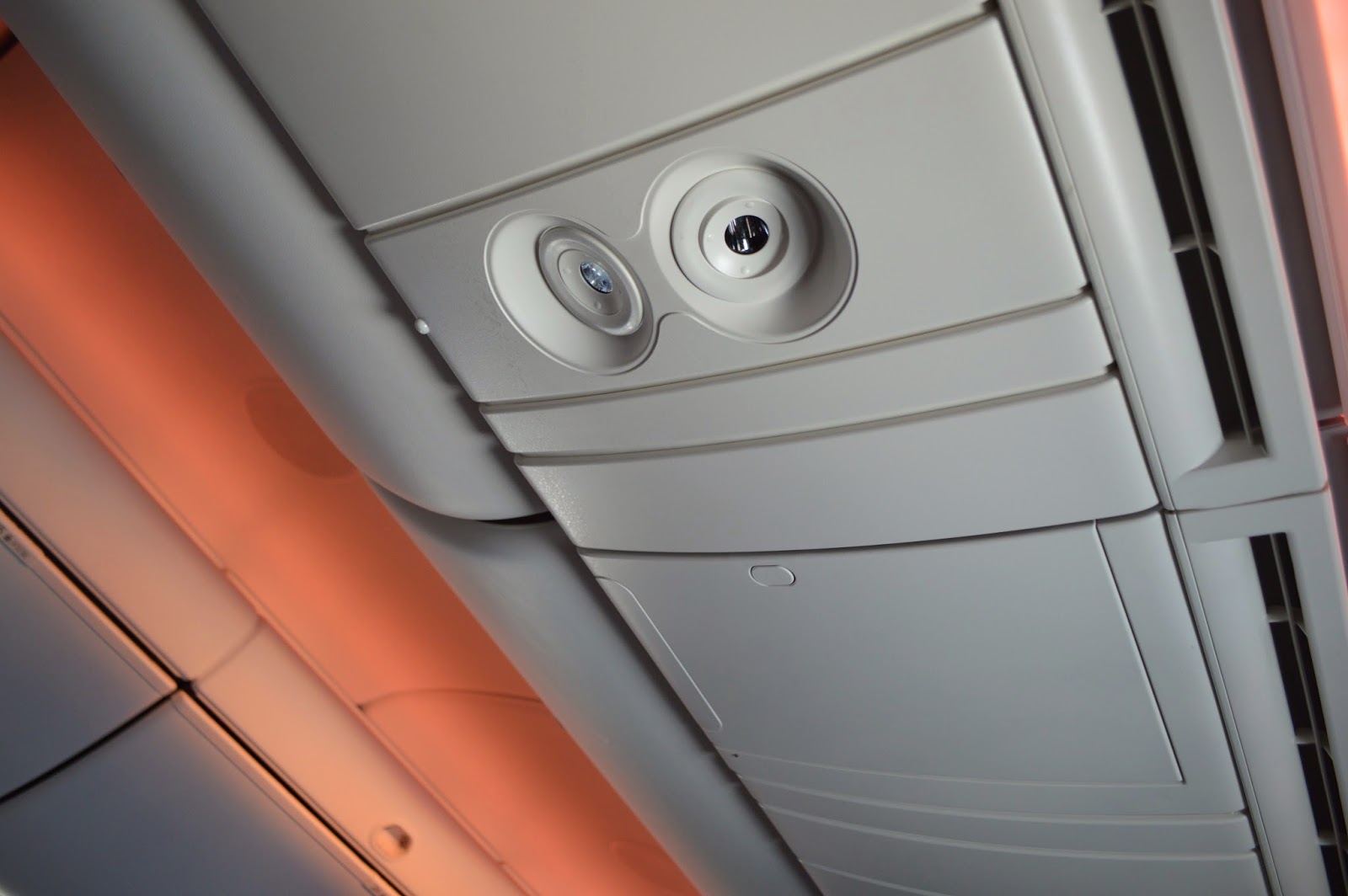 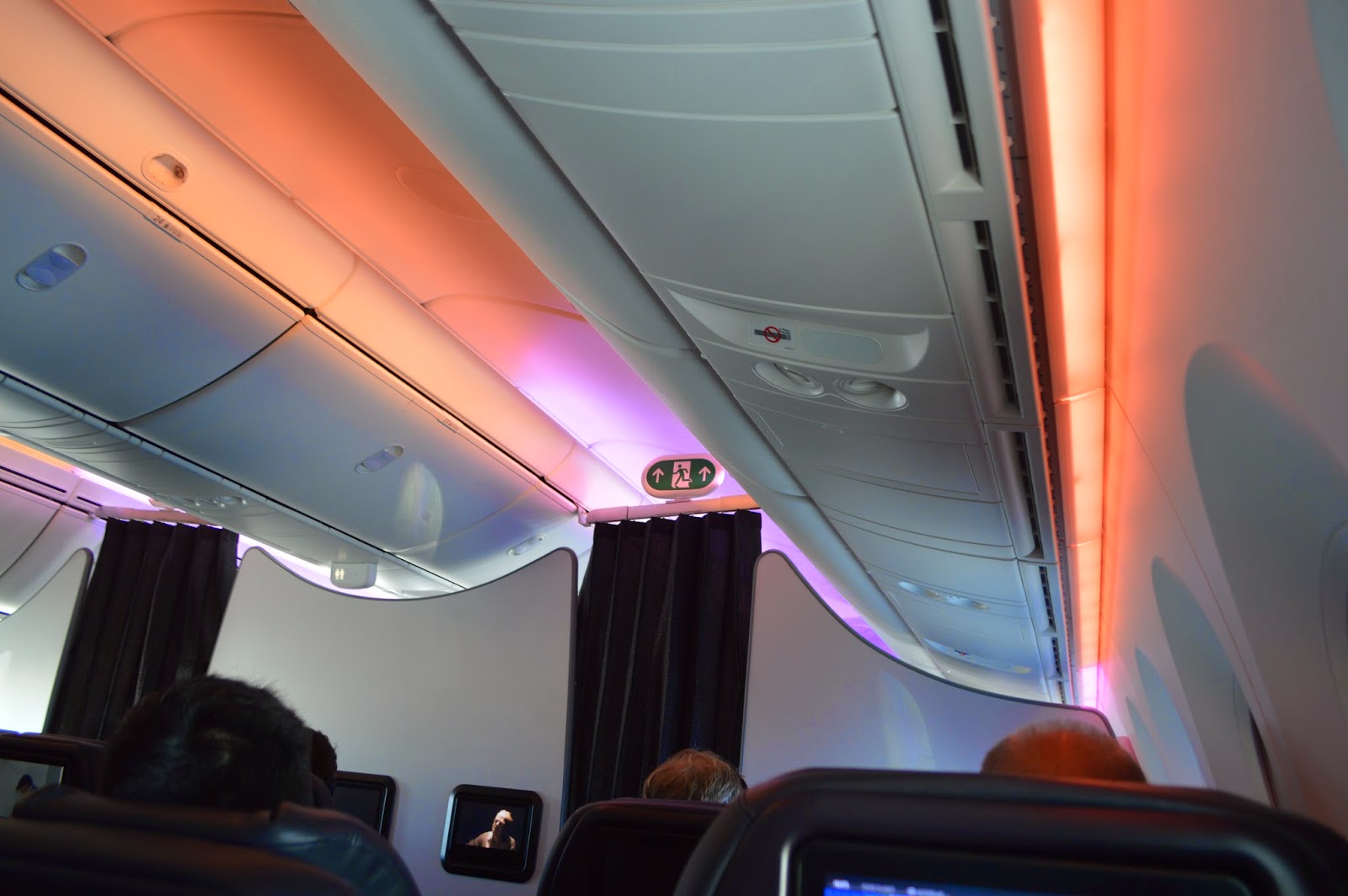 I was interested to see what the seating was like in economy class so I took a walk: 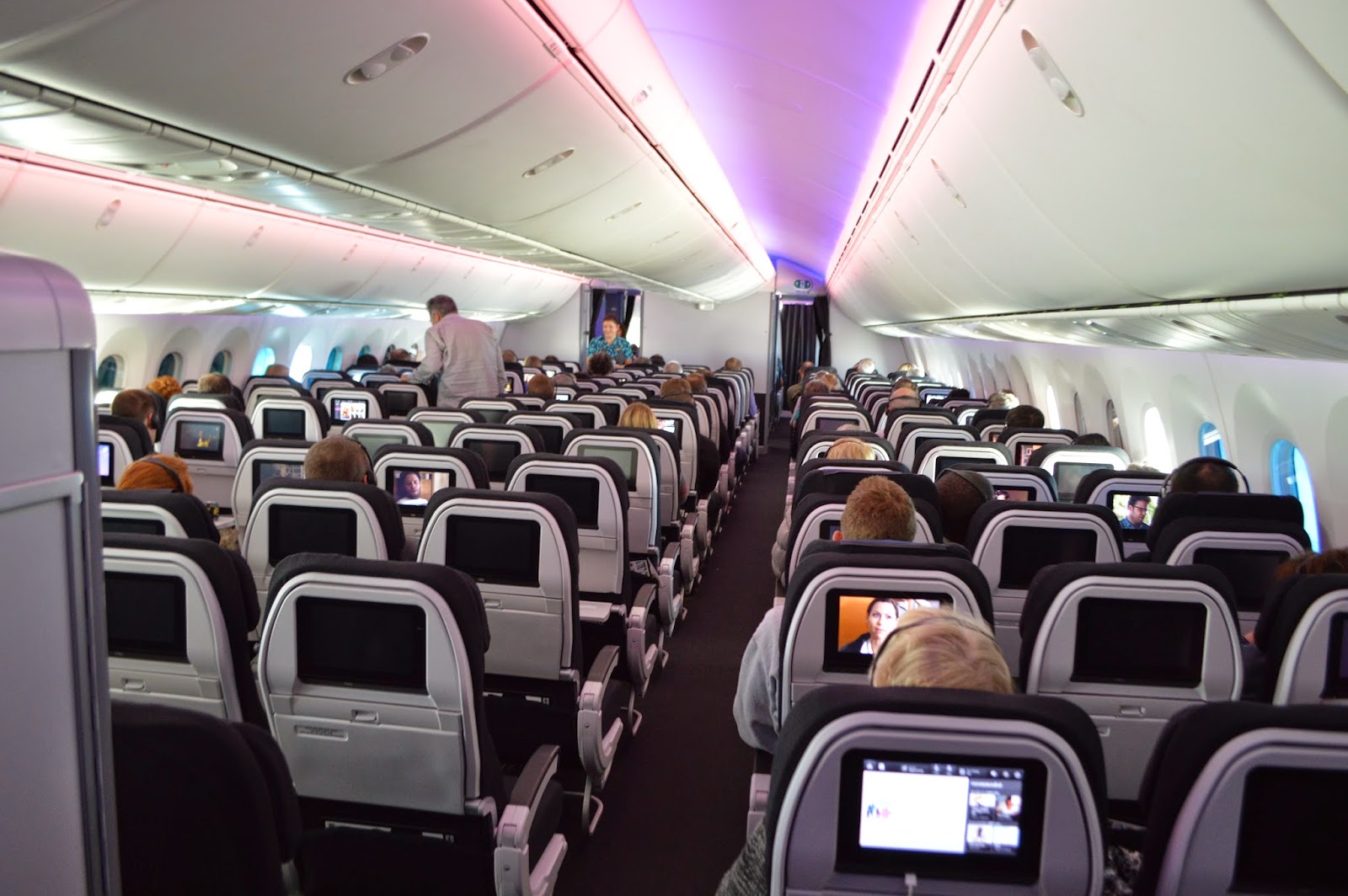 The economy seating is a little on the narrow side since ANZ opted for the 3-3-3 seating configuration rather then the preferred (from a passenger perspective) 2-4-2. Still, all the latest technology is on offer and overall the seats don't look too bad. 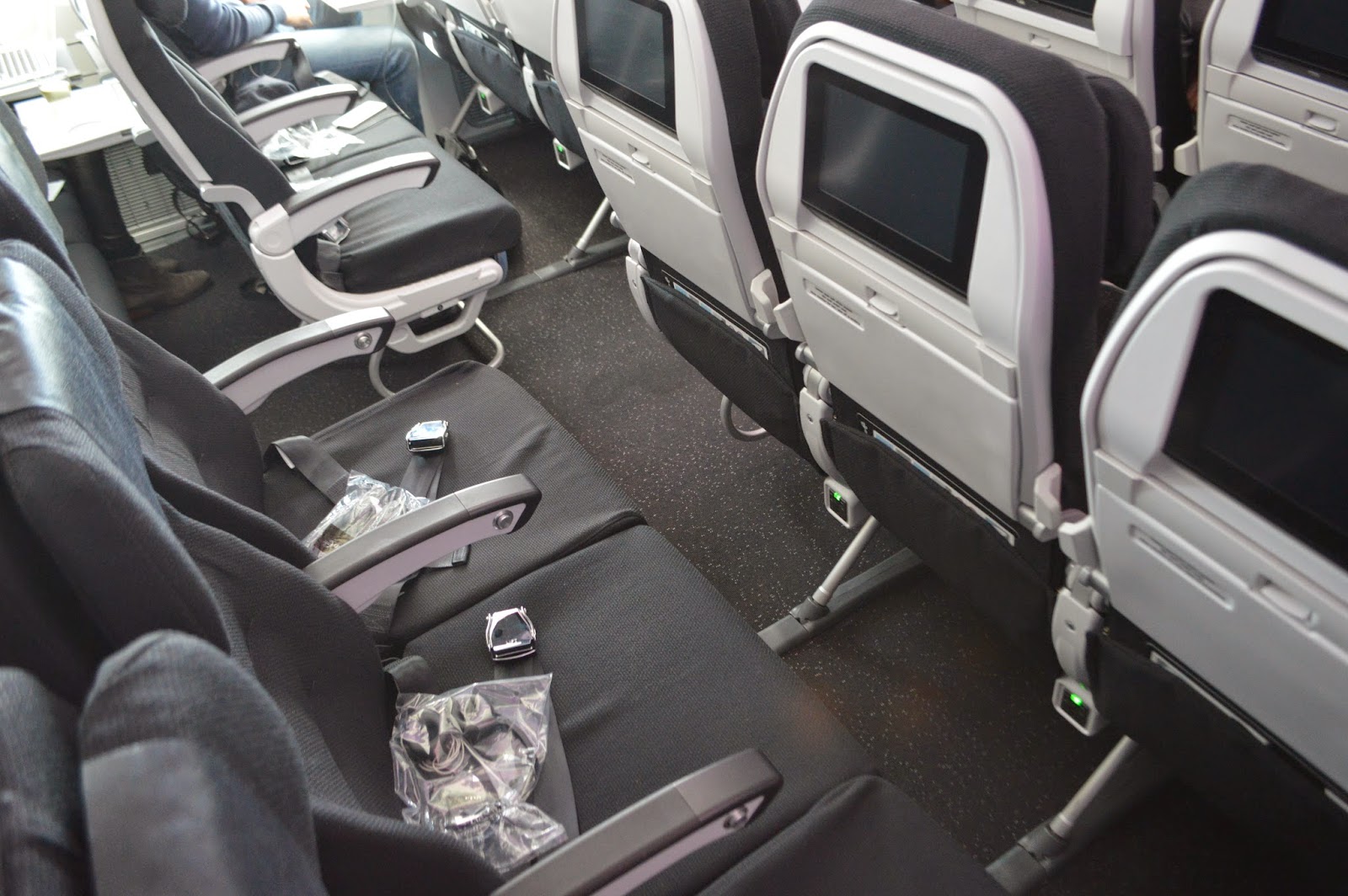 An interesting feature of this aircraft is in the lavatories. Each one has different wall art and they play music to keep you amused whilst you are visiting.

Around 2 hours after leaving Sydney it was already time to commence the descent into Auckland. The captain warned the weather had deteriorated with heavy cloud and some rain in the area. Although the weather wasn't the best the flying was still relatively smooth and as we came over the Auckland area we passed through just a couple of light rain showers.


After a smooth landing we were soon parked at the gate and it was time to bid... 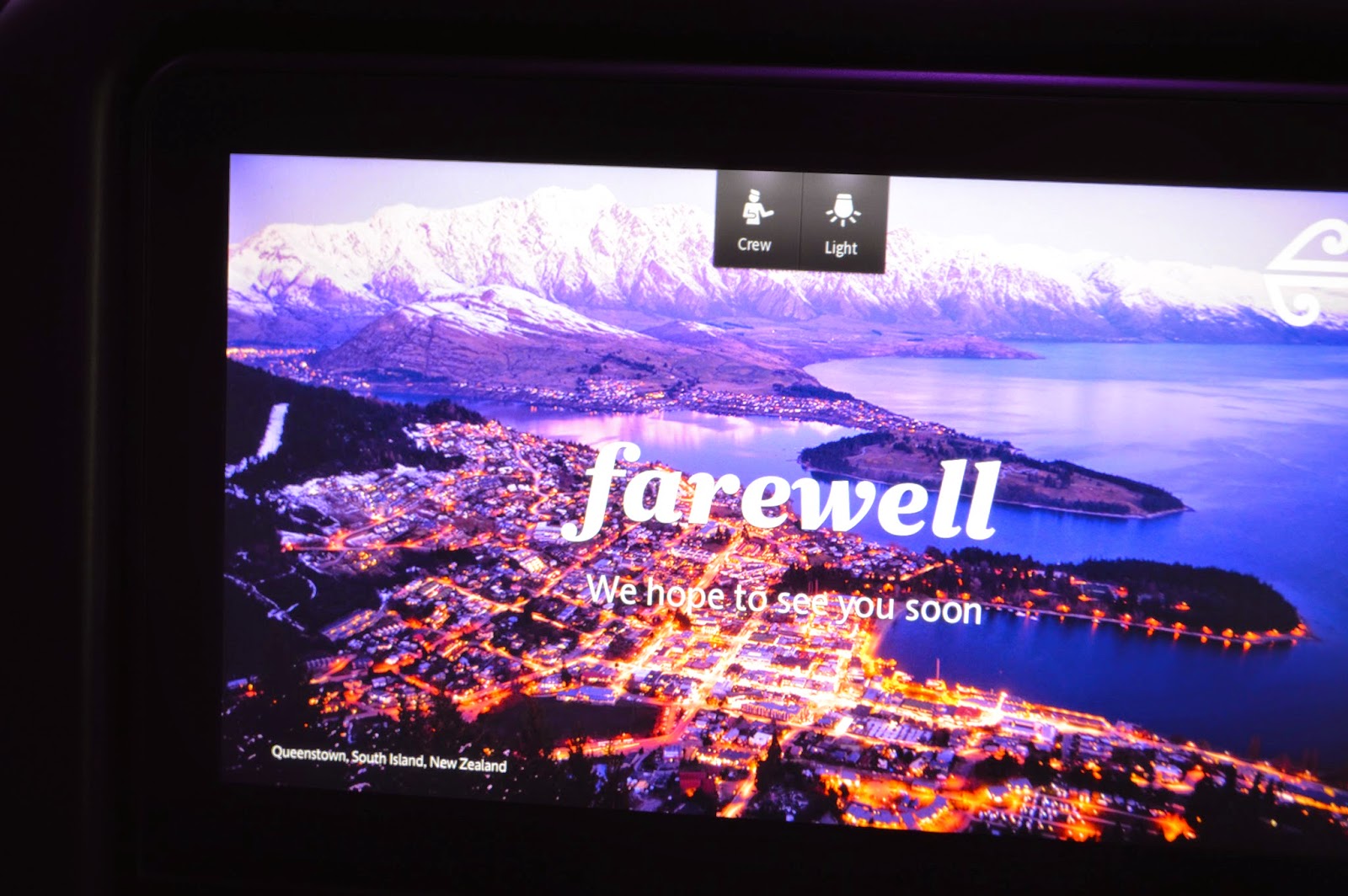 But before we go, I asked the cabin crew member if a quick peak in the cockpit might be available. They were only too happy to oblige, and I  even got to have a look in the crew rest area which is in a pod above the business class cabin:


There were 4 pilots on todays flight and they were quite happy for me  to have a quick look in their office and take a photo. It is  an impressive sight indeed. On the way out I had to pass through the sleak business class cabin, let's have a look: 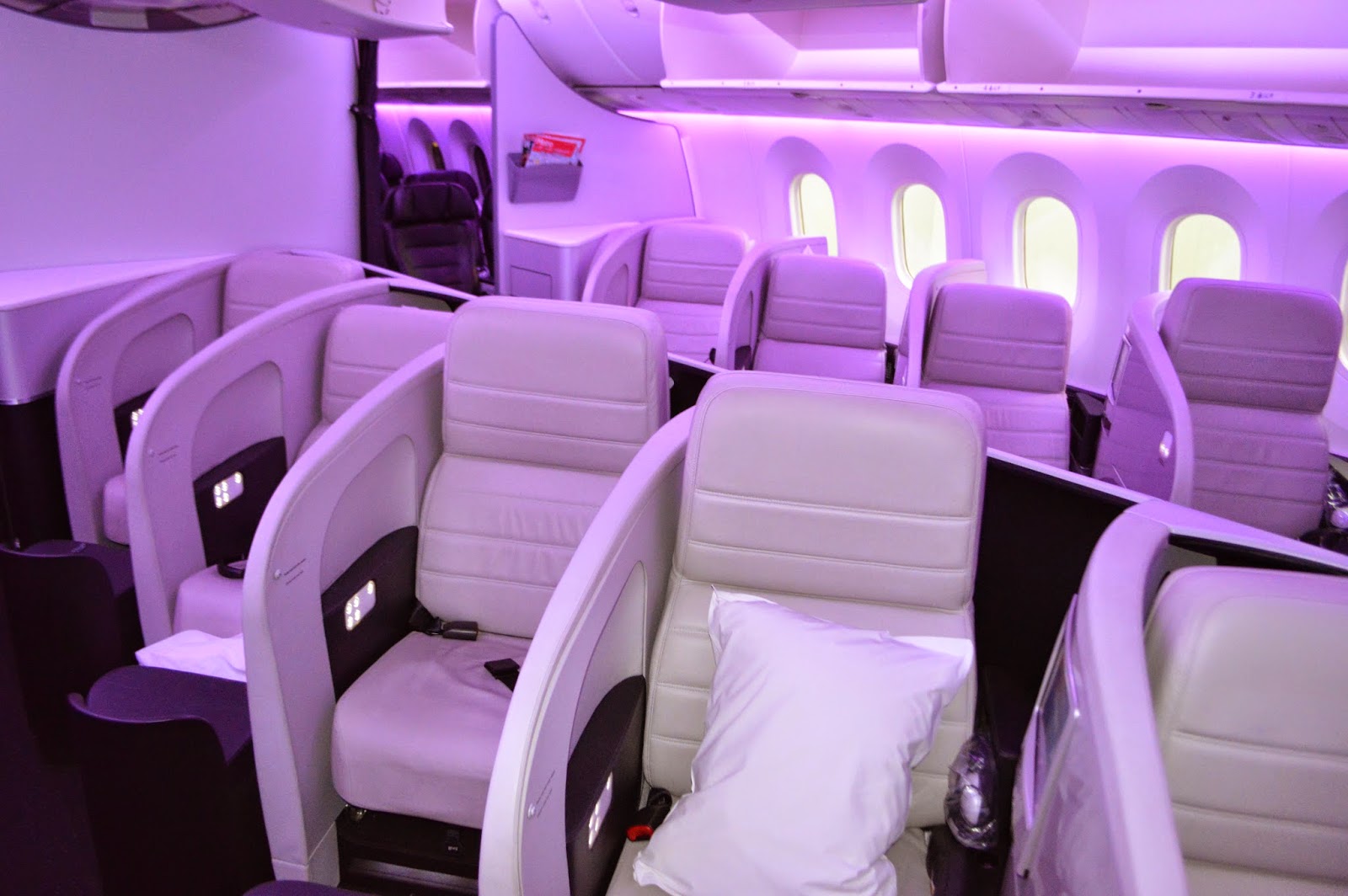 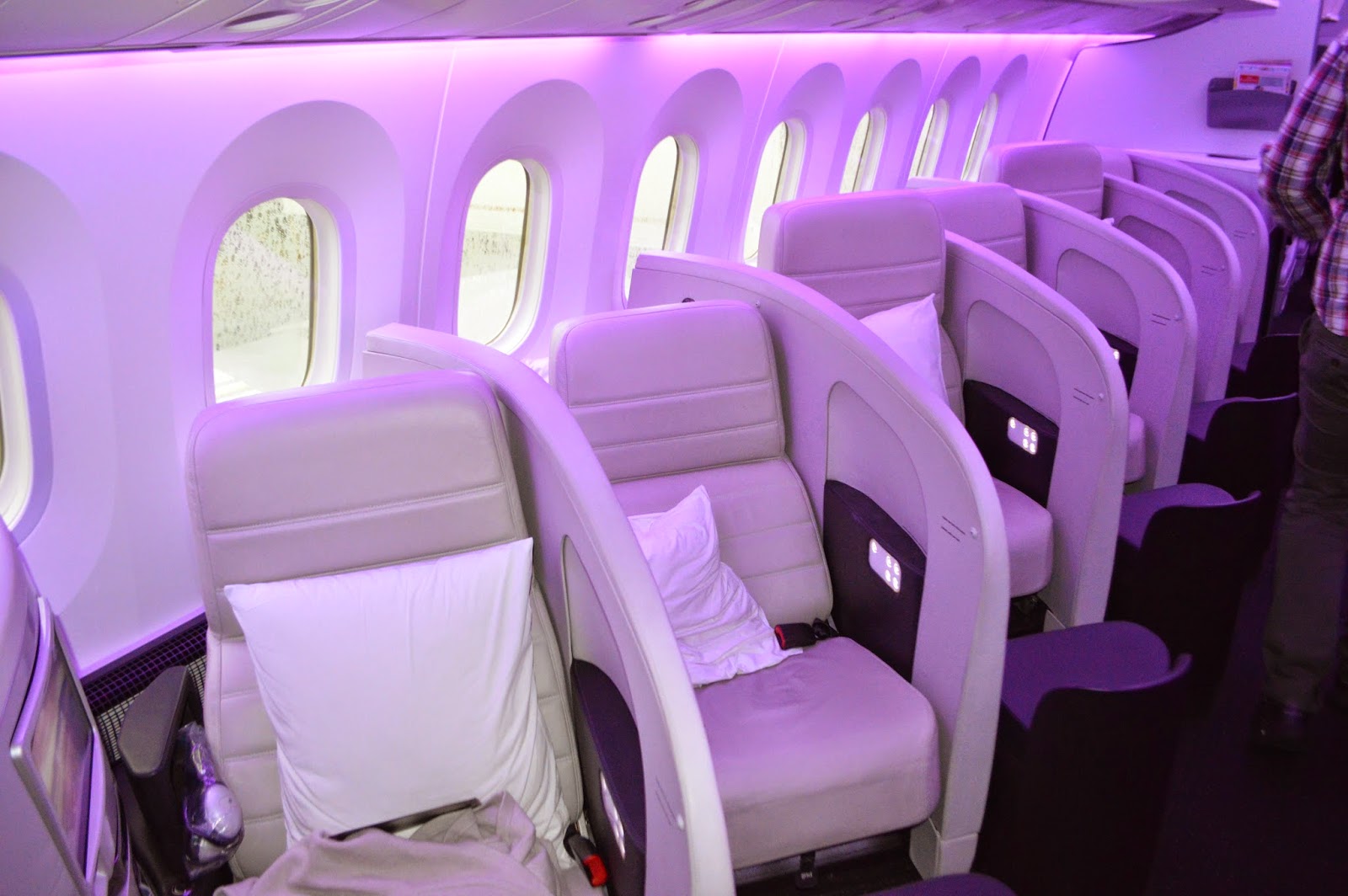 The seats look comfortable and are fully flat with aisle access for everybody. I've flown on the older product on the B777-200 and B747-400 before and I look forward to trying out this slightly upgraded version of business class at some stage in the future.

Looking back on the flight now I have to say I was very impressed. I do find the B787 a very comfortable aircraft to fly on and I think Air New Zealand have an excellent hard product installed on these aircraft. I can definitely recommend the premium economy seating and I think it will prove very popular on routes like Perth-Auckland.