Once again, this flight was being operated by an A320 in the regional Etihad configuration. This aircraft was a little older, it did not feature the wing sharklets that I had on the flight into Abu Dhabi. The cabin however was basically identical, with large comfortable recliners with leather head rests in a fairly neutral colour scheme: 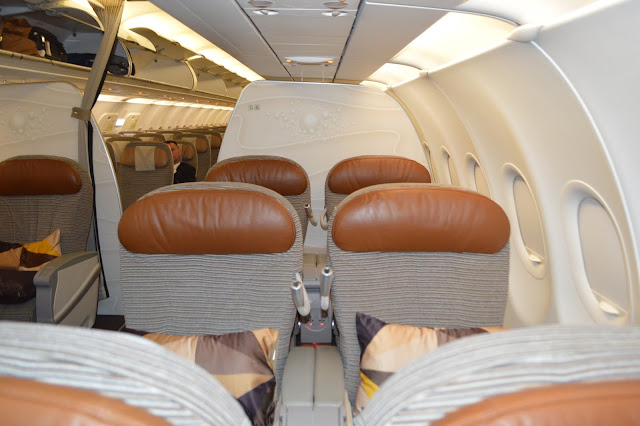 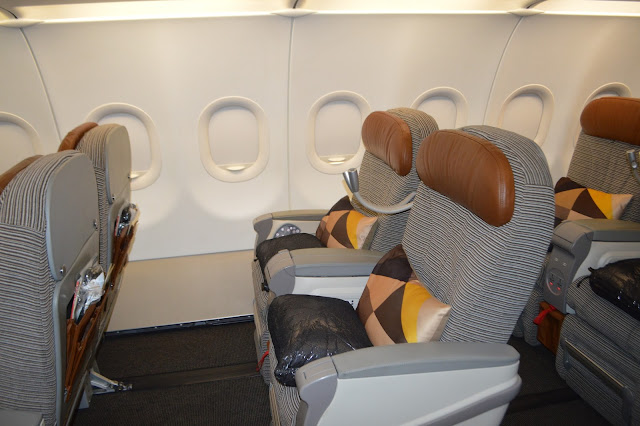 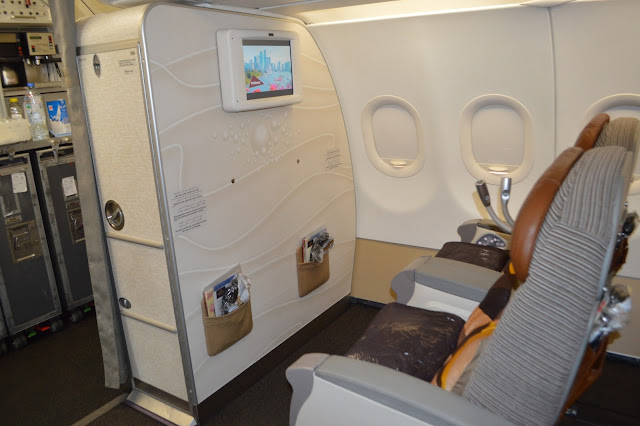 There is 16 seats in a 2 x 2 configuration. They have a good level of recline and are electronically controlled. They are certainly comfortable enough for a flight of this sector, scheduled at 4 hours 45 minutes.

It wasn't long before we were on board and seated in the second row, as usual wet towels were offered which came on silver trays. Drinks were of course offered also. 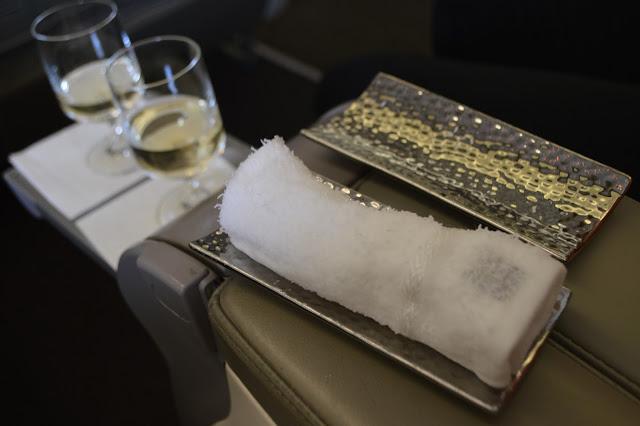 With the outside temperature approaching 41C we pushed back and headed to the runway. It was a clear day for flying... 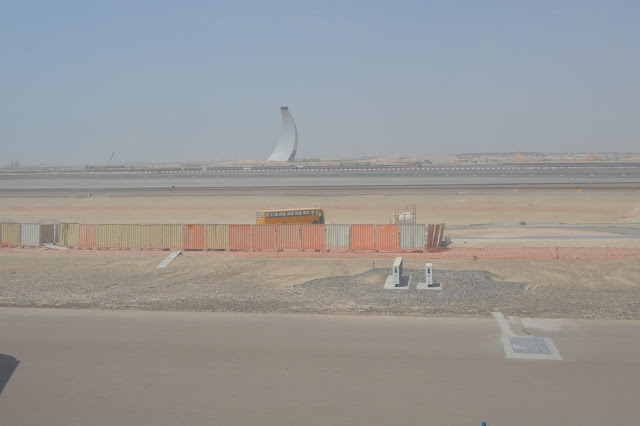 Although it seems visbility was low with lots of sand blowing up: 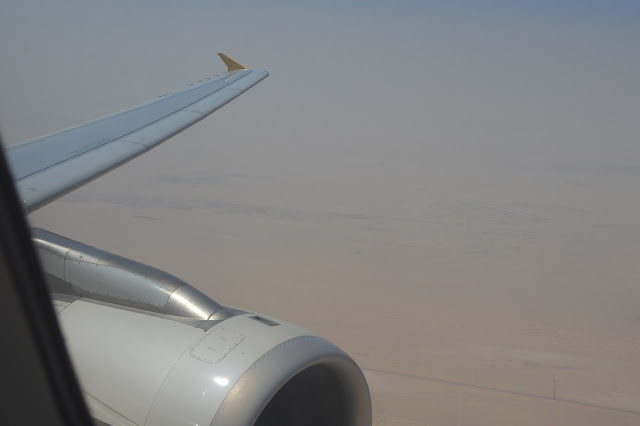 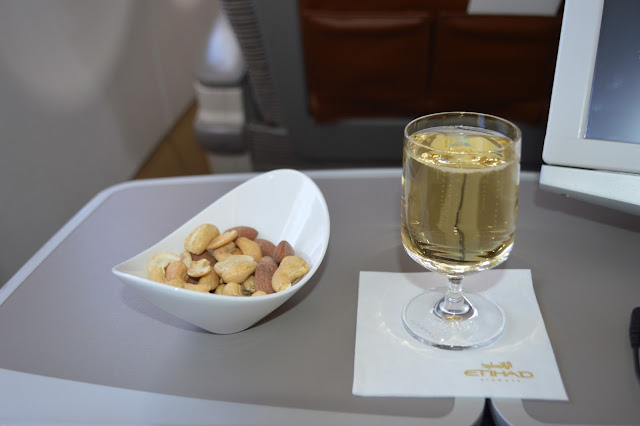 On this flight I noticed that the starter was served separately, unlike the EY265 sector where it came on the same tray as the main course. I had the same duck breast I tried on the Boeing 787 flight to Washington 9 days earlier: 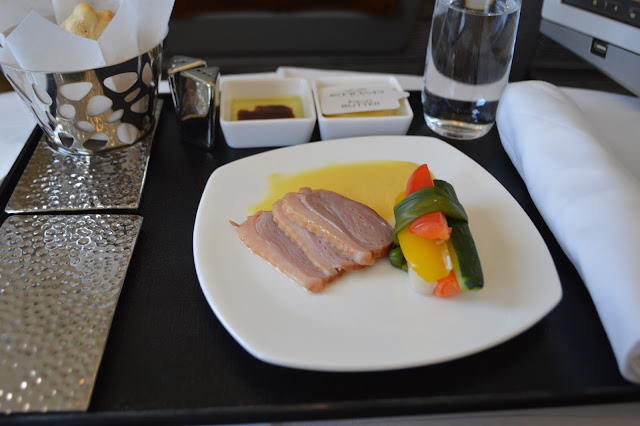 I then had the same Chicken Mandi that I had tried on the flight from Colombo to Abu Dhabi the week before, very boring I know. It was the only thing that really appealed to me on the menu though. It was delicious once again. 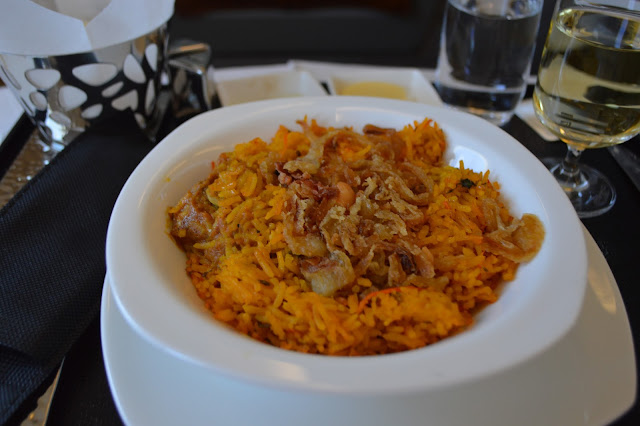 My travelling companion tried something else, and I can't remember what it was but apparently it was quite tasty. This is what it looked like: 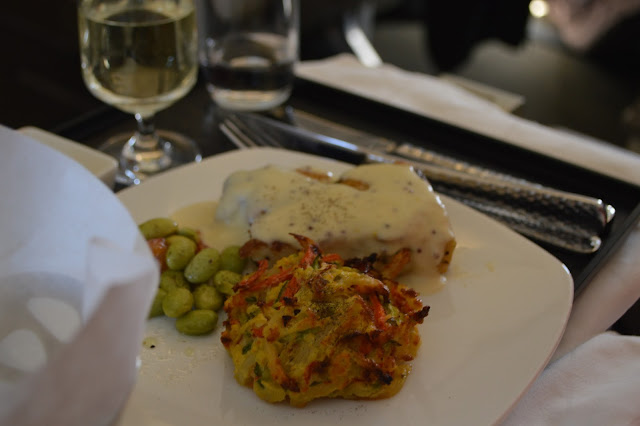 I decided to go all the way and try both the cheese: 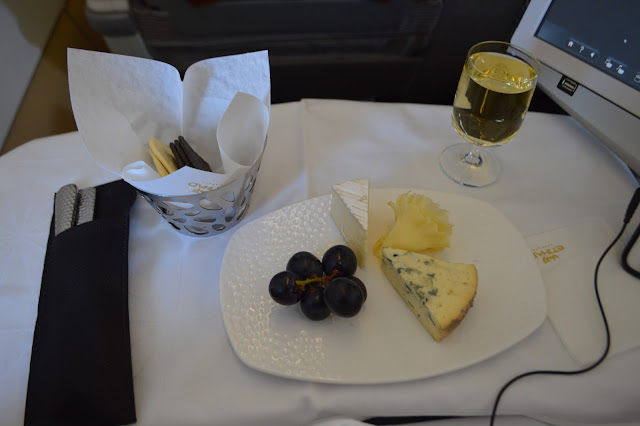 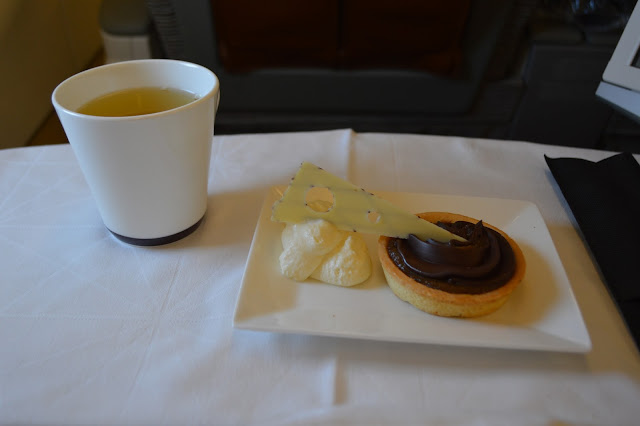 It was a great meal and was presented just as nicely as it is on a widebody long haul flight. Etihad gets full marks for meals in my book. Simply wonderful!

The crew were great too and made sure I had everything I needed. Since I was completely exhausted and full of food and wine, I dozed off soon after lunch and woke up not far from Colombo. We made a routine landing and thankfully the immigration queues were empty as we arrived.

Another great experience on Etihad, one of my favourite carriers now. I hope that they can upgrade to a widebody on the Colombo route at some stage, although I do find the A320 to be very comfortable too.