- November 02, 2009
I checked in online but found seat allocation was not available. The flight was showing as being very full on seatcounter.com. I made my way to the airport and printed my economy class boarding pass at the kiosk and did my bag drop. Then made my wasy through security and onto the airport train to the satellite terminal. This was the first week of Continental Airlines being in Star Alliance so I decided to take advantage and use the President's Club as it is now a Star Alliance Gold lounge, there would be no lounge available here if it were not for CO joining the alliance. Thanks CO! 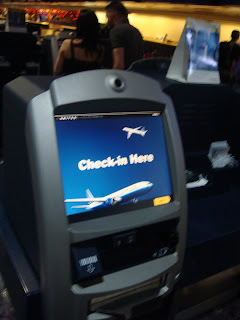 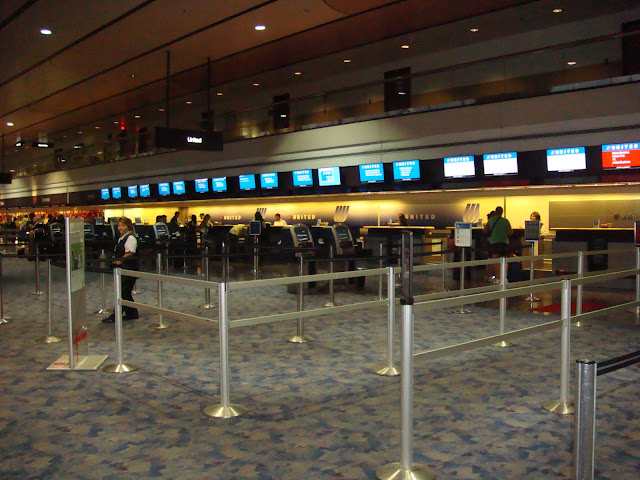 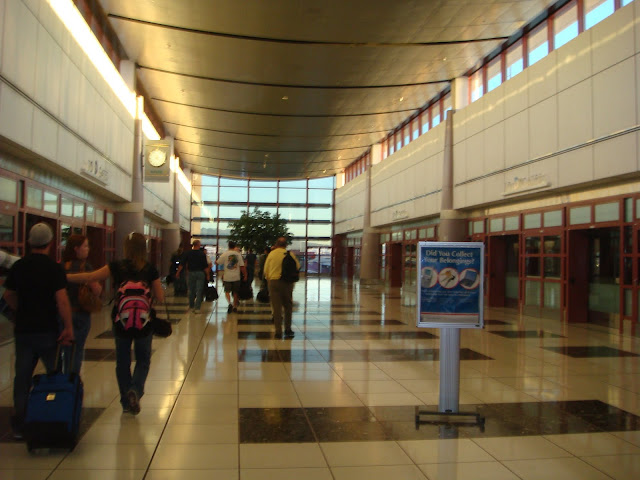 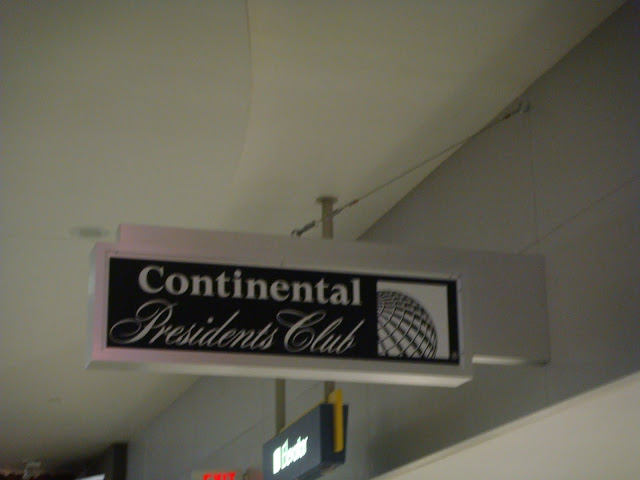 take an elevator upstairs at this sign to go to the Presidents Club
I anticipated problems with the lounge attendant with regards to whether I was allowed access to the club, and I was quite right. For a start this lounge attendant has no idea what airline 'bmi' is, nor does she know the Star Alliance Gold lounge access rules. Because my card is not belonging to a US airline I get access regardless of whether I am travelling internationally or not, this differs to the US based airline card holders who only get access when traveling internationally on the same day. I explained all this to the lounge attendant who was busily looking through her reference folder about lounge access and she soon realised I was right and let me in. I hope I taught her for the next passenger!
The lounge was very plesant compared to United Red Carpet Club's. For a start the wi-fi and basic alcoholic drinks are complimentary. And so they should be! Also, this particular President's Club had a lovely view of the apron and Las Vegas. Food consists of basic cheese and crackers and crisps and the like. Nothing substantial. I settled in with a couple of drinks and my laptop. 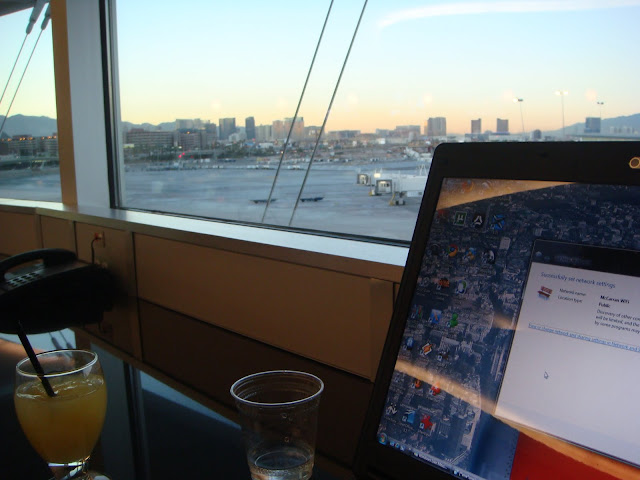 view from the lounge vodka and orange juice and some water
There was a total of between 3 and 7 people in the lounge at any one time whilst I was there. I don't think there was any Continental flights departing for several hours, and I suspect a lot of Star Gold's don't realise that President's Clubs are now available for us, well at least they didn't know during this first week of CO being in Star Alliance.
After a while in the relaxing surrounds of the lounge I decided to head to the gate area, where I found preboarding had just commenced. I noticed that the 'United Economy Has Checked In Full' sign was flashing up on the screens at the gate area. I went to board and as my boarding pass was swiped the machine did that lovely beep and red light thing it does, which to the Frequent Flyer means a possible Op-Up (operational upgrade). The woman at the gate told me to go to the desk where they promptly handed me a boarding pass for seat 1A. Apparently they had been calling my name for a while, when I had been in the lounge. So, Star Gold on a full United flight is worth something !
I boarded the flight and took my seat in United's domestic First Class. Flying time of 45 mins is not much to enjoy it, but I was very happy none the less. I was greeted by the female purser who must have been pushing 60 yrs old. There was no welcome drink. It turned out the aircraft was completely full in both classes. We soon pushed back on schedule and headed for the runway. I was pleased to find Channel 9, the Air Traffic Control audio channel was switched on.
We soon took off and headed to Los Angeles. We were served a 'premium' snack mix and whatever drinks we liked. I decided to try the californian chardonnay and managed 3 glasses on this very short sector. Actually the chardonnay was not bad, and the purser even gave me a top up half way through descent, which I considered to be good service. I was also offered a couple more bags of snack mix, I took one more. 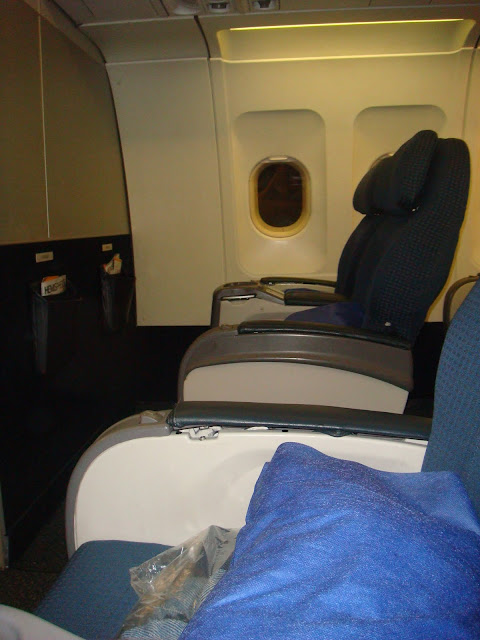 looking across from 1A 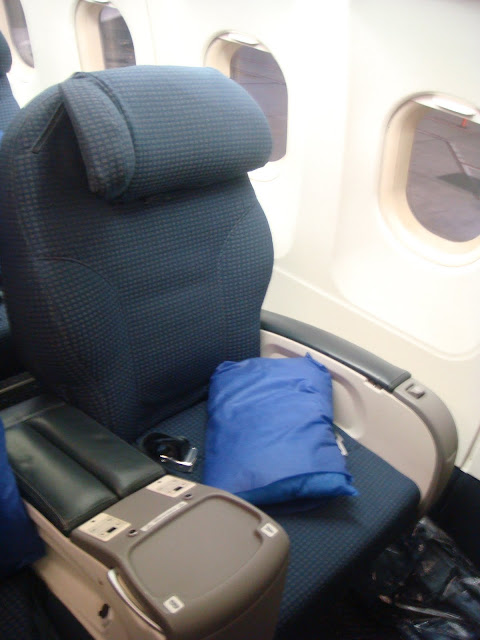 quite a comfortable seat for this short sector 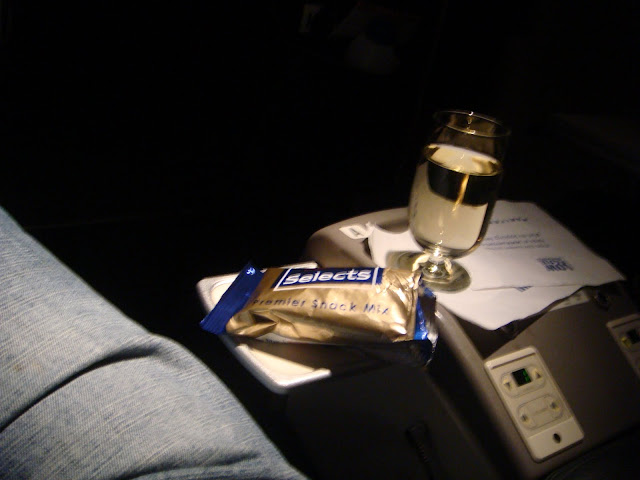 The inflight entertainment consisted of an episode of The Office shown on the overhead screens. I like The Office so found that quite good :)

Some 25 minutes into the flight and we were already on descent into the Los Angeles area in the dark night. I could see a thick layer of cloud or fog over the Los Angeles area in the moonlight, with a kind of glow coming from underneath it. Looks like LA is fogged in tonight! We made a smooth instrument approach just popping out of the mist at the last minute, but visibility was terrible! 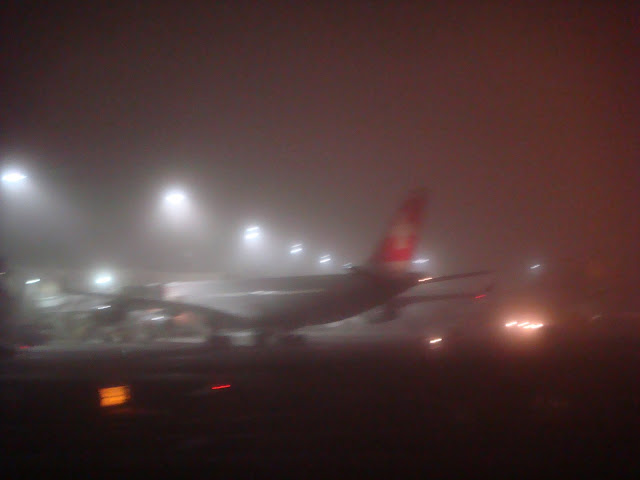 Swiss A340 to Zurich 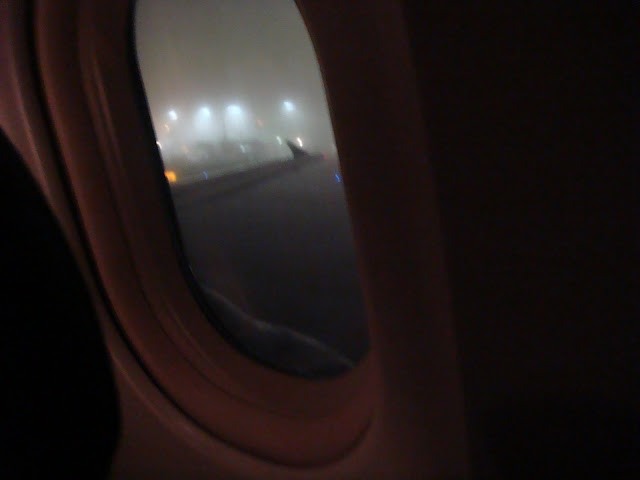 foggy weather!
Well, the flight was over already and time to disembark and head to the lounge to wait for my connection to New York JFK! 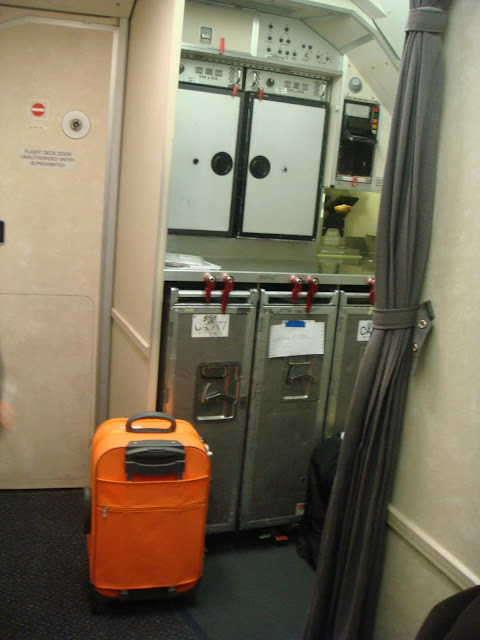 snapped a shot of the galley on my way out, someone bag is waiting for them
Airbus A320 First Class trip report United USA