I arrived into LAX terminal 7 off a United Airlines flight from Las Vegas and decided to head to the Continental President's Club between flights. I spent a good 10 minutes educating the lounge attendant about Star Alliance Gold lounge access policies and she read and re-read her folders about 10 times before finally agreeing I was allowed into the lounge on a BMI Diamond Club gold card with an onward domestic flight on United. It was worth it though, as the President's Club is much better than the Red Carpet Club, and they have free wi-fi and drinks! 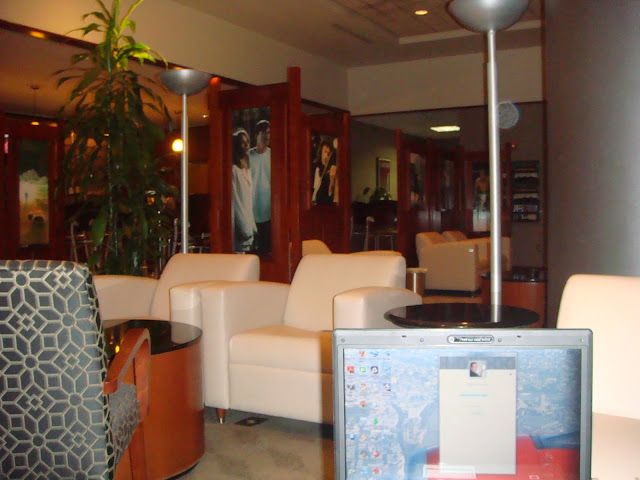 Continental President's Club at LAX
I settled down with a vodka and orange juice and logged on to my MSN account to chat with friends back home. The fog and mist outside was still quite heavy but gradually improving. I decided to track the Boeing 757 that would be operating my sector on it's inbound flight from the east coast on FlightAware. I even managed to listen to some live air traffic control online which passed the time nicely. After a few snacks of cheese and biscuits I decided to go and have some McDonalds before the long overnight flight, since United don't give any food for free, even on the 'Premium Service' transcontinentals. At least I had a nice 34 inch seat pitch to look forward to. 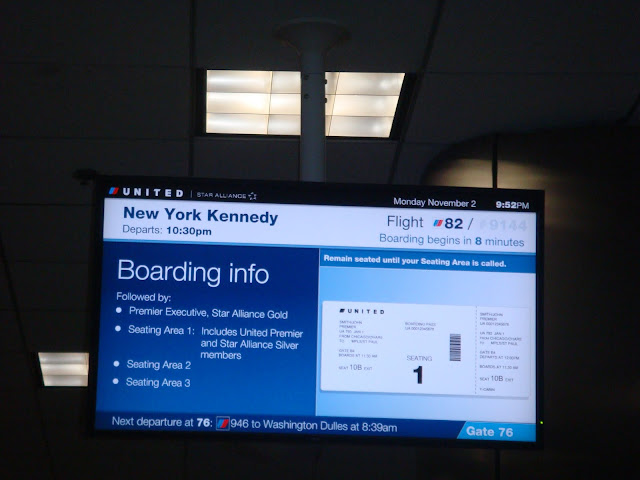 Boarding commenced on schedule and I took advantage of priority boarding and took my seat at the rear of the aircraft, a window on the right hand side. I instantly noticed the extra seat pitch, at 34 inches, and a pillow was provided on each seat. Blankets were also provided for this overnight service. 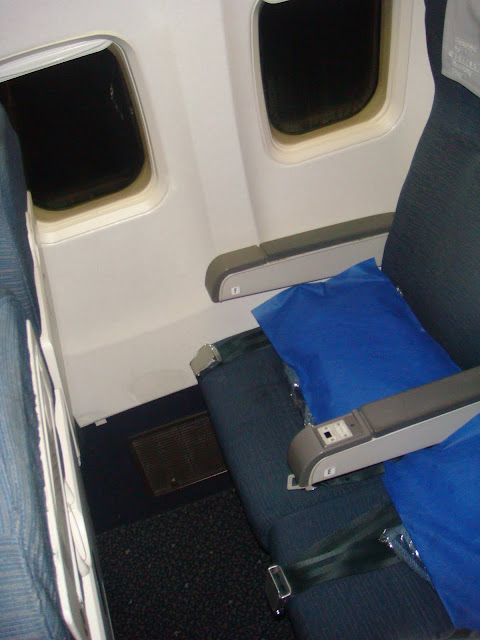 seat with pillow and blanket 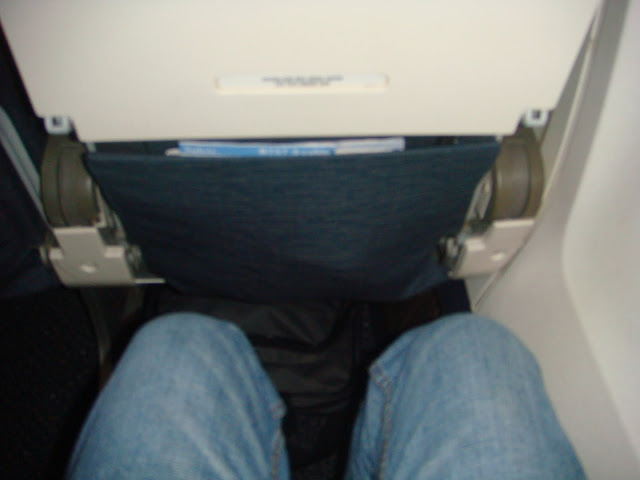 good seat pitch
As this flight was a red-eye and I had taken it so as to save a nights hotel expenses I fully intended to sleep as much as possible. The flight ended up being quite full with no vacant seats beside me. Departure was on schedule and quite routine. I was happy to see Channel 9 (Air Traffic Control feed) was playing on the inflight audio system. Shortly after takeoff the crew offered drinks and you could purchase food if you wanted to. A movie started playing, I can't remember what it was. At this point I settled in for the long flight across the United States and managed to doze off. 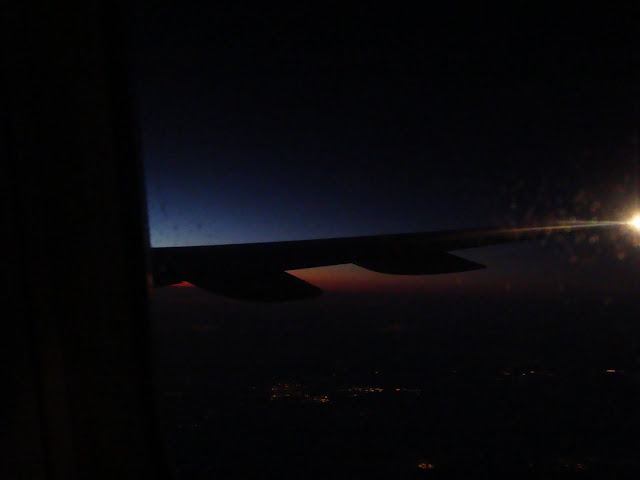 sunrise
I woke up a few hours later to see the first glimpses of the morning sun in front of the aircraft. I was getting excited that I would soon be in New York for the first time ever. Although it was to be a very short stay I was quite looking forward to it!
The descent followed not long after this photo and it was announced we would be arriving on schedule. 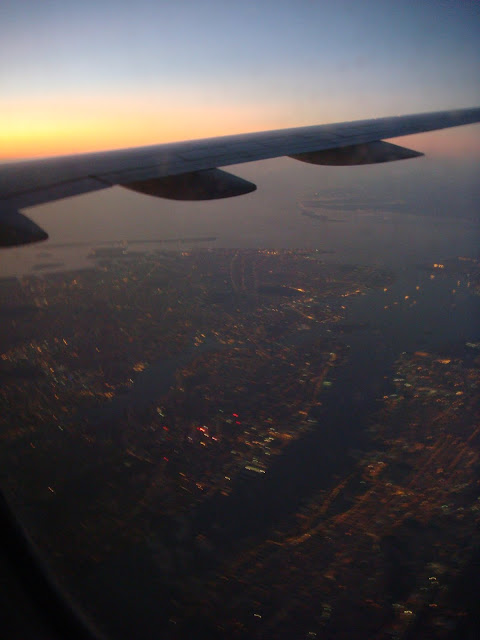 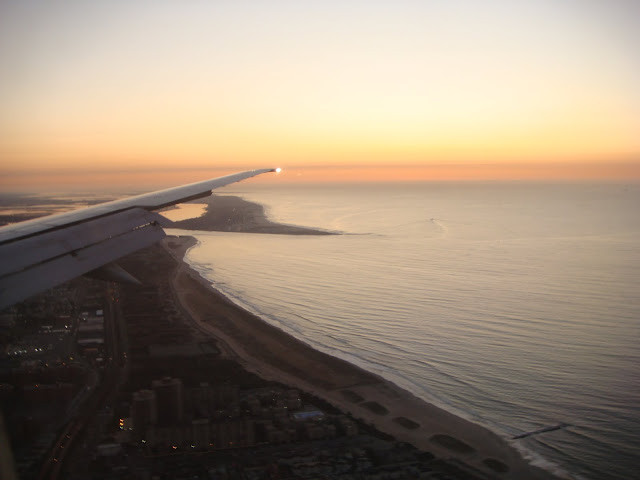 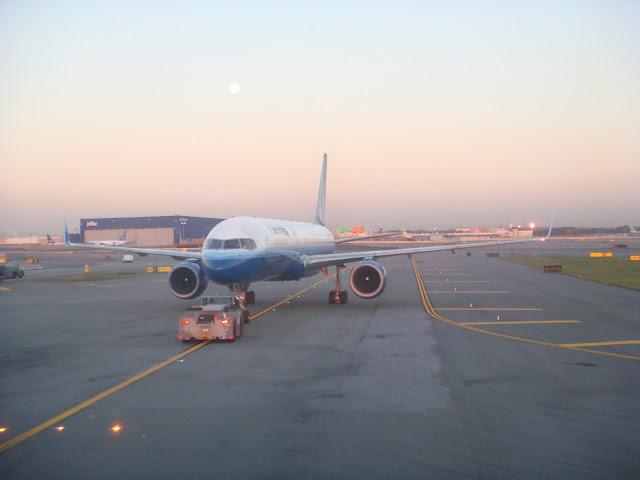 United 757 pushing back to head west 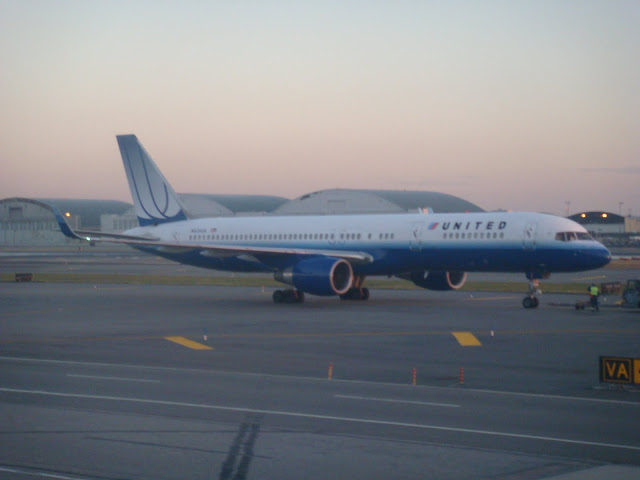 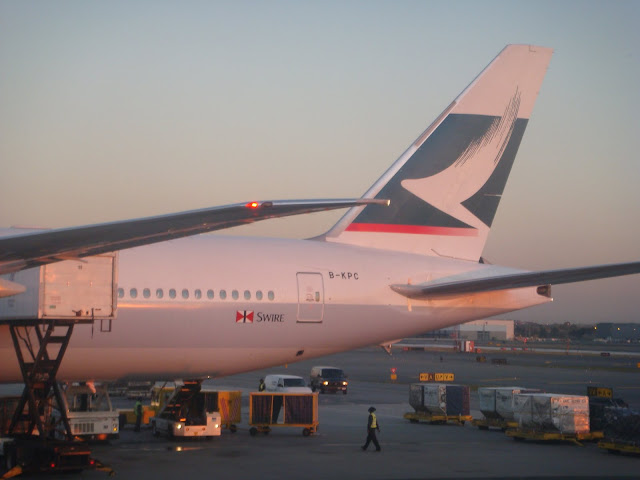 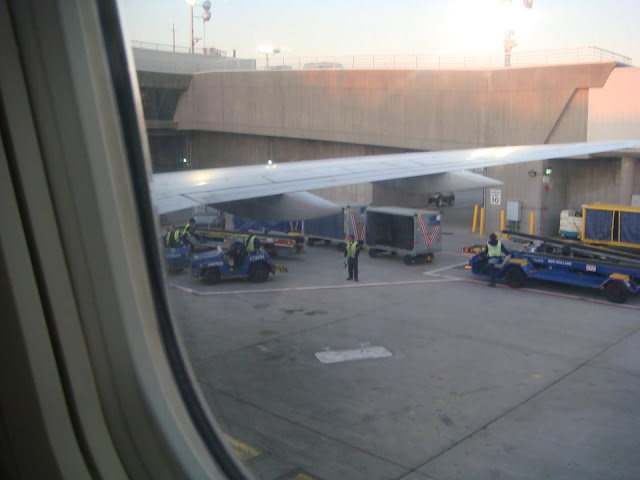 arriving at the gate 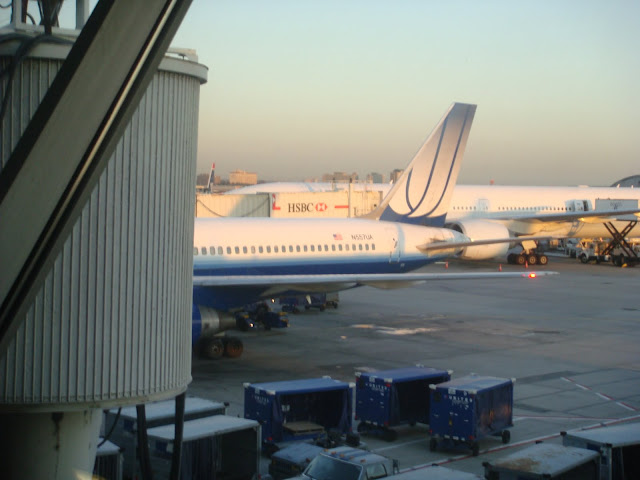 my aircraft as seen from the jetway, having a short rest before returning to LAX 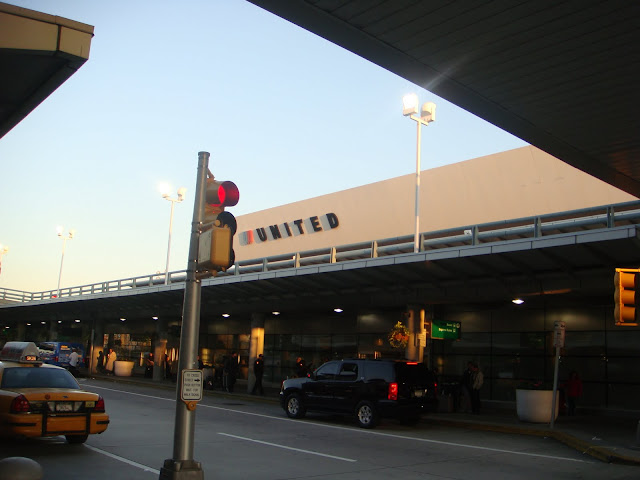 Welcome to New York!
Well it was a smooth approach and I was excited to be at JFK Airport! We taxi'ed to the terminal and parked next to a Cathay Pacific Boeing 777-300ER. We disembarked and collected our bags which were available pretty quickly at the carousel. I headed out into the November cool weather of New York and looked for the AirTrain as that was how I planned to get to Manhattan. United p.s. service was pretty average, but I didn't expect much on a red eye anyway, they were very good at getting the lights off very quickly to allow people to sleep as long as possible. I did enjoy the generous seat pitch though, it really helps when trying to get a few hours sleep.
Boeing 757 economy class trip report United