- July 18, 2013
﻿
Some of you may have read my recent report on Malaysia Airlines intra-asia business class on the flight Yangon to Kuala Lumpur. Well now I have had a chance to try them in economy class on a flight of similar length, Kuala Lumpur to Hanoi. I took this flight as part of a recent trip to Vietnam, Cambodia and Nepal. Let's have a look and see how it went... 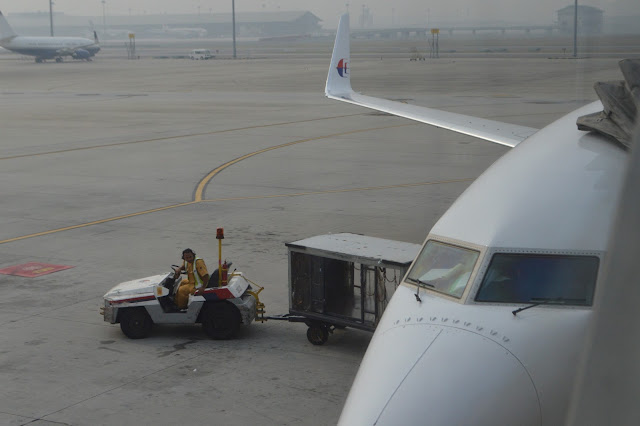 I was fortunate enough to be able to use the first class check-in facilities despite my ticket only being in economy. This was thanks to Malaysia Airlines recently joining the oneworld alliance and my emerald status through Qantas. This saved a bit of time and check-in took just a few minutes. Luggage was priority tagged as well.

Passport control was reasonably quick and I was soon in the main terminal.

I decided to take the shuttle train to the satellite terminal to try out the Malaysia Airlines First Class lounge. Access with my Qantas card was no issue and I was welcomed into the lounge. I had a seat in the dining area and visited the buffet. Unlike the Qantas First lounges there is no a la carte menu, just the buffet with various asian and western items on offer. The staff took my coffee order at the table and returned with my cappuccino a few minutes later.


The food was tasty enough and after a quick breakfast I proceeded back to the main terminal where regional flights depart. Along the way I took a snap from the intra-terminal shuttle train:

The flight was already boarding by the time I reached the gate. There was quite a long line for security though and it took at least 10 minutes to get through.


Once on board I made my way down the back to one of the last few rows and took my window seat. The aircraft ended up filling to capacity in economy which was disappointing as I was hoping for a spare middle seat to get some extra room.

The aircraft operating our flight today was in the new paint scheme and featured the Boeing Sky Interior with larger overheads and other improvements over the older models. The leather seats all feature large AVOD screens although the selection of movies on regional flights is limited to only 2 or 3 selections. There is quite a few TV shows though.

We were soon underway and climbing above the clouds in smooth flying conditions. It was a nice day for flying. I was trying to follow the flight progress on the moving map display on the AVOD screen but it did not work. It had not worked the previous day either on my flight Singapore - Kuala Lumpur, so I'm not sure if this is a regular problem or not. 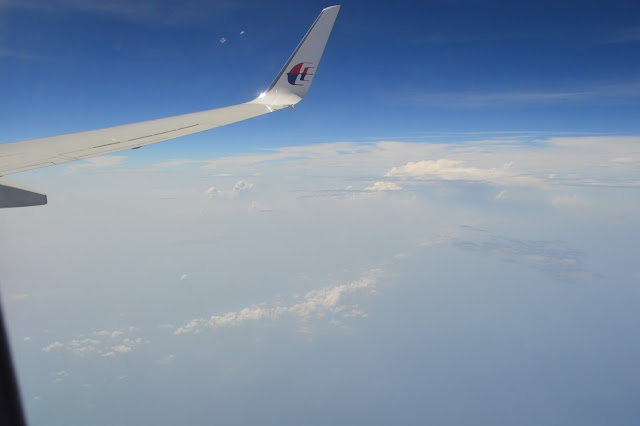 Once established in the cruise it was time for the lunch service. Two options were available, a chicken curry with roti bread or a nasi lemak. Both Malay style dishes. I took the curry and it was actually pretty tasty. There was no appetiser at all but there was a piece of fruit cake and a chocolate bar and an orange drink. In comparison to Thai Airways economy the offering was pretty average but it was enough to keep me going. 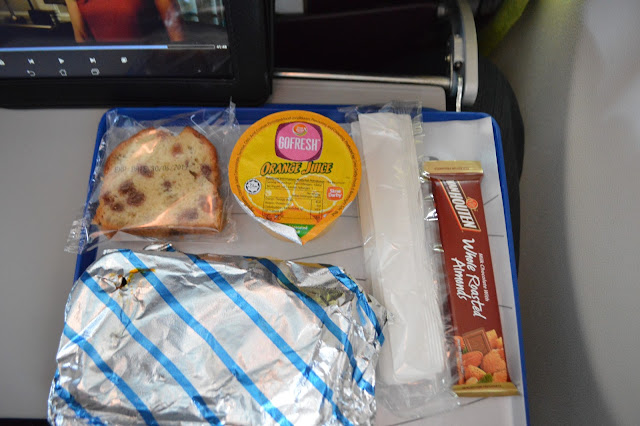 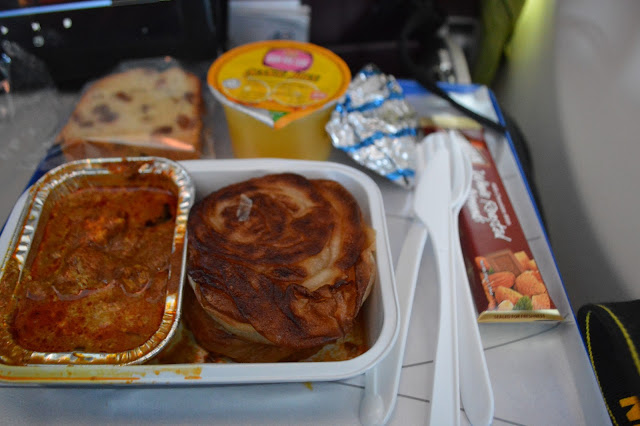 Eventually the drinks cart rolled around and I decided to have a pepsi, I asked for a full can and received it with a smile. 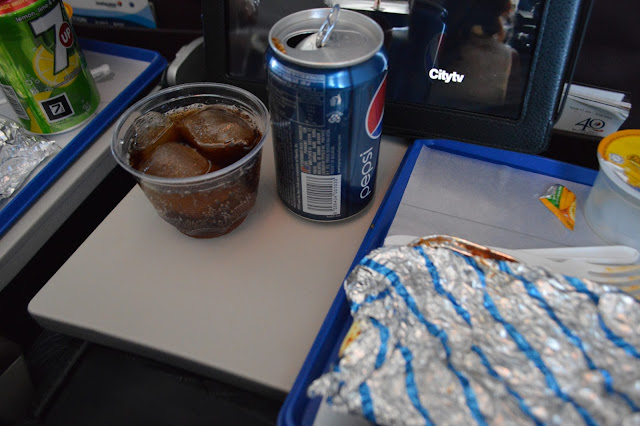 Once lunch was cleared I settled back with my tablet catching up on my favourite tv series. I rarely watch airline AVOD systems anymore unless they have a new movie that I'm interested in.

The flight was around 3 hours and I can't remember if there was any more rounds of drinks. I don't think so but I'm sure if I had been thirsty I could have hit the call bell and asked for one. The service was quite warm and friendly from this crew.

I had a really nice view of the Vietnamese countryside for a lot of the flight, so I spent a fair bit of time peering out the window watching the towns and villages go by. I kept trying to get the moving map display to come on but it was not cooperating at all. Eventually we began the descent into Hanoi...

We flew past the airport and did a few right hand turns before coming back for a landing. There was a lot of construction work going on at Hanoi airport and after we turned off the runway we briefly paused before continuing... at this point around 50 people instantly leapt out of their seats and started going to the overhead lockers. It seemed incredibly obvious to me that we were no where near the parking area but for some reason people seem to be in a mad rush to get off planes and it took several announcements from the cabin crew before they finally realised it wasn't time to get up yet and took their seats again!!

Interestingly the pilot elected to leave the flaps fully down during the taxi to the terminal and we eventually parked next to the Singapore Boeing 777 that had just landed from Singapore.

Overall a decent flight on Malaysia Airlines, although not quite up to Singapore or Thais standards they are a very good airline in my books and I am pleased they are now part of oneworld.