- December 01, 2015
After arriving from Melbourne on Singapore Airlines in First Class, I had a 2 and a half hour transit at Changi Airport before flying onwards to Hong Kong. Singapore Airlines First Class and Suites passengers have access to the exclusive 'The Private Room'. Upon arrival at the SilverKris lounge and when presenting a First boarding pass you will be personally escorted through the business and first class lounge (available for those flying Star Alliance first class) and into the sanctuary of the Private Room.

When I arrived I headed straight for the shower rooms to freshen up before making my way back to the seating area. Large leather armchairs are scattered around the fairly small lounge, with a few big screen TV's on the walls. A waitress came to my seat and offered a food menu and asked whether I would like a drink. I asked for some sparkling water first of all. 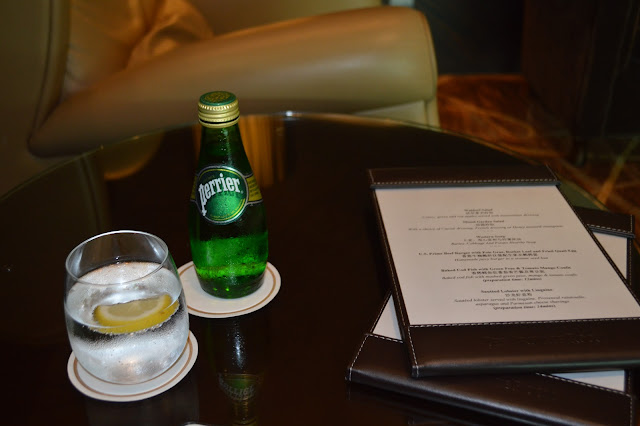 After a while I decided I would visit the dining room.  There was almost nobody in the lounge, I had almost all of it to myself. The dining room had absolutely nobody in it at all. 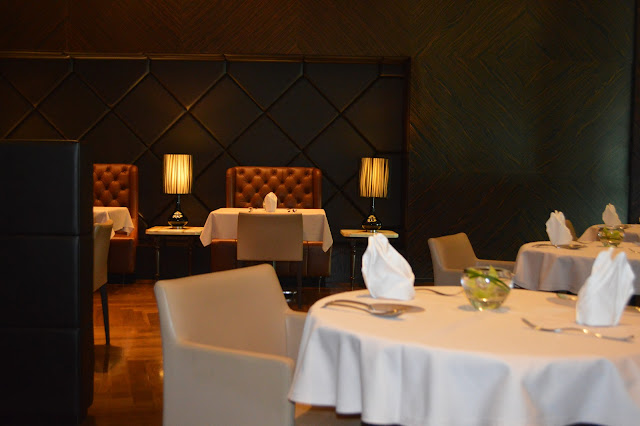 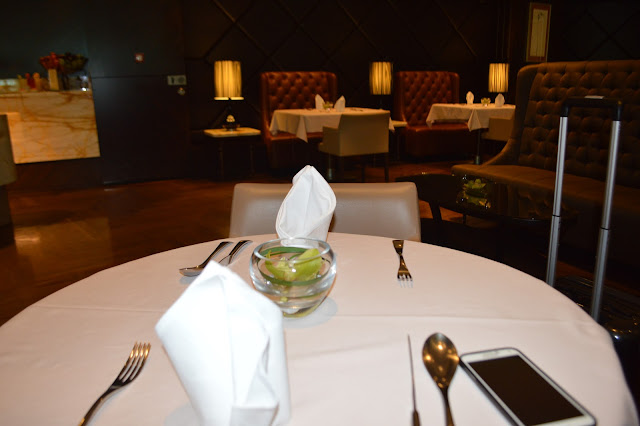 There was no staff around at all, and it took quite a few minutes before anybody even noticed I was there. Not particularly good service for Singapore Airlines premier lounge. Eventually a waitress came out and offered me a menu. Here's a look at some of the options: 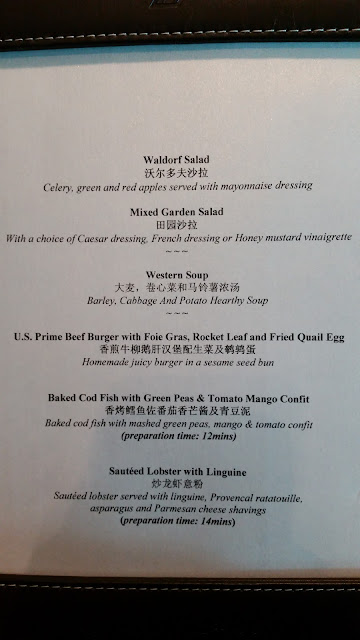 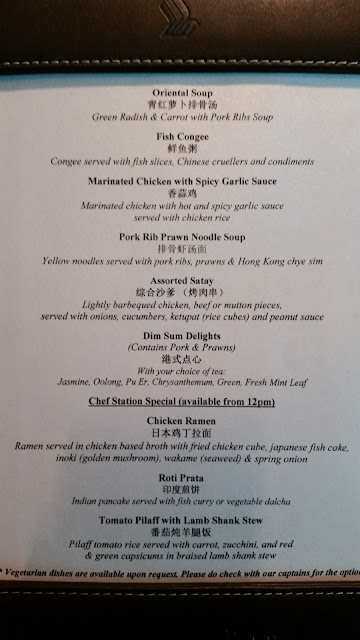 When in Singapore, why not try the satay? I ordered a selection of mixed satay, and the dim sum delights. There is also a small buffet area as well: 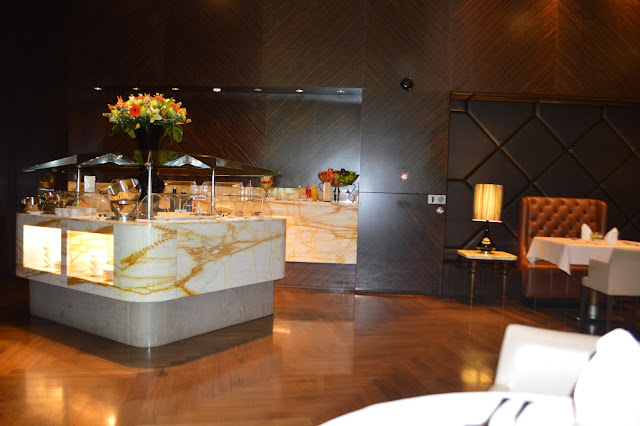 I had a glass of champagne, as at November 2015 the champagne on offer is "PIPER-HEIDSIECK RARE MILLÉSIME 2002". I ordered a glass of that whilst I waited for the food. 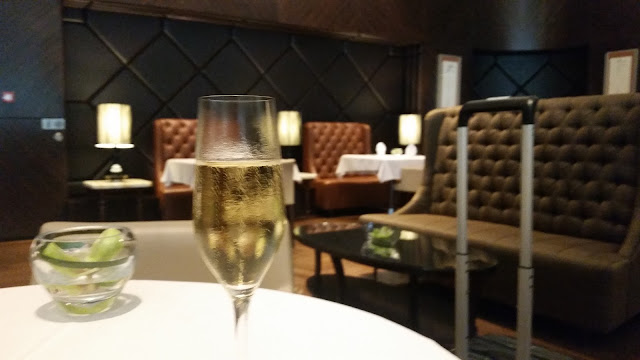 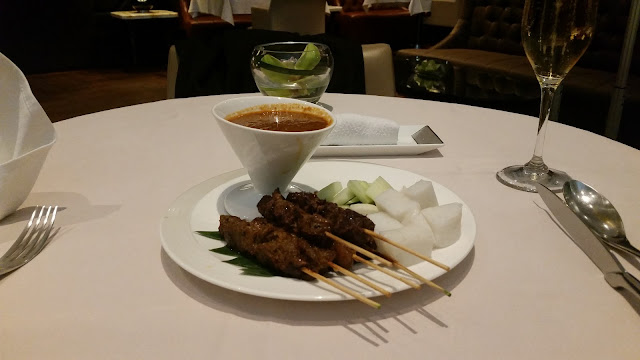 Followed by the Dim Sum: 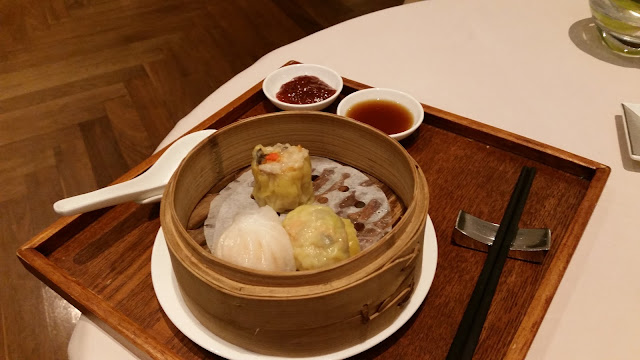 Both dishes were tasty and nicely presented. I finished up every bit of the satay, I absolutely love the stuff. After a second glass of champagne it was time to pack up and head to the gate for SQ2 to Hong Kong.

My visit the The Private Room was pleasant enough, but the lounge really isn't anything that special as far as first class lounges go around the world, and the staff attentiveness needs some work! Still, it is a very pleasant place to spend a couple of hours either in transit or before a First Class flight with Singapore Airlines. Next up, my report on SQ2 to Hong Kong with the latest B777 First Class product.